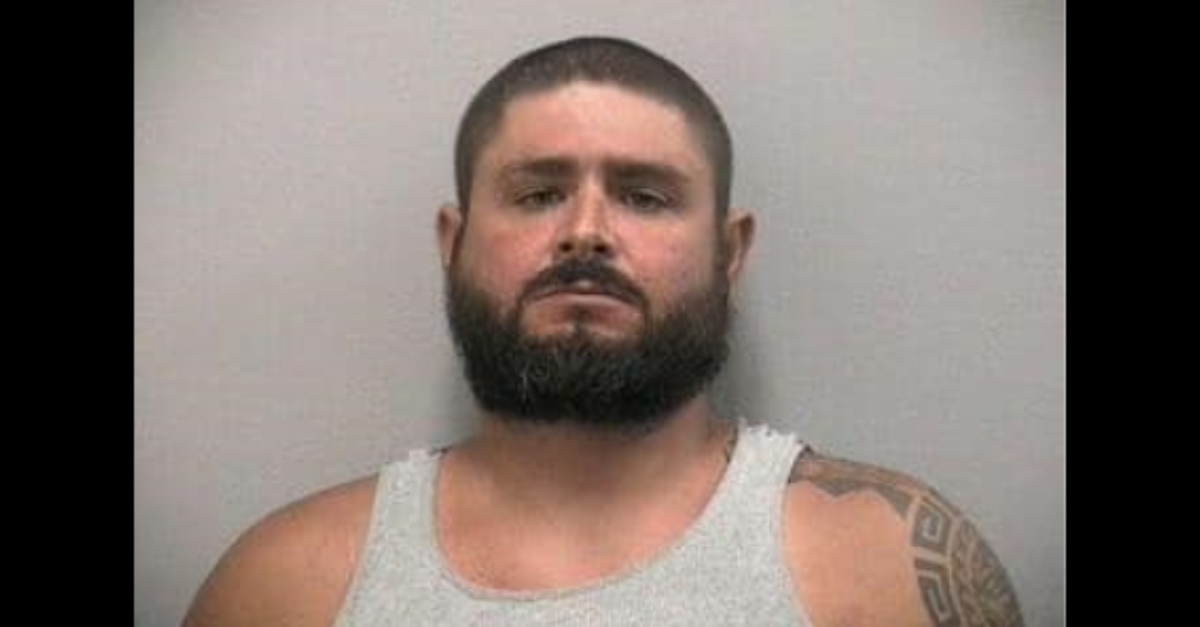 Patrick Benson, 34, was arrested Saturday morning for being a “hamburglar.” That’s not our phrasing. This is how the Martin County Sheriff’s Office in Florida described him when they put out a statement  on Friday seeking to identify the then-unknown suspect.

A suspect coined as the modern day Hamburglar doesn’t appear to have any problem making himself right at home after breaking into local food establishments to make himself a burger.

Well, when in Rome, might as well make yourself a meal. Authorities described him in patent making-yourself-food-while-burglarizing-a-restaurant garb: baseball cop, tank top, shorts, and flip flops.

The suspect has a distinctive tattoo on his left upper arm. He is described as a heavy-set white male, believed to be in his mid 30’s, with facial hair and is approximately 6 ft. tall. He was wearing a tan ball cap, black tank top, khaki colored shorts, and flip flops.

Deputies said that one incident, he busted his way into a Wendy’s by using a brick, started the grill, ate, and made off with a safe. There was another burglary at another restaurant, and an attempted break-in at a full service gag station, deputies said. 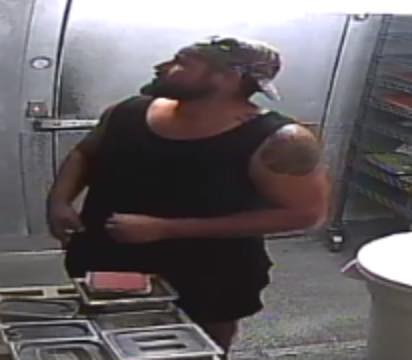 Authorities announced his arrest Saturday night, saying they got tips from the community. They claimed he caused hundreds of dollars of damage. He was booked into the Martin County Jail on charges of criminal mischief, burglary to an unoccupied structure, and grand theft, according to records viewed by Law&Crime. He is being held in lieu of $10,500. It’s unclear if he has an attorney in this matter.