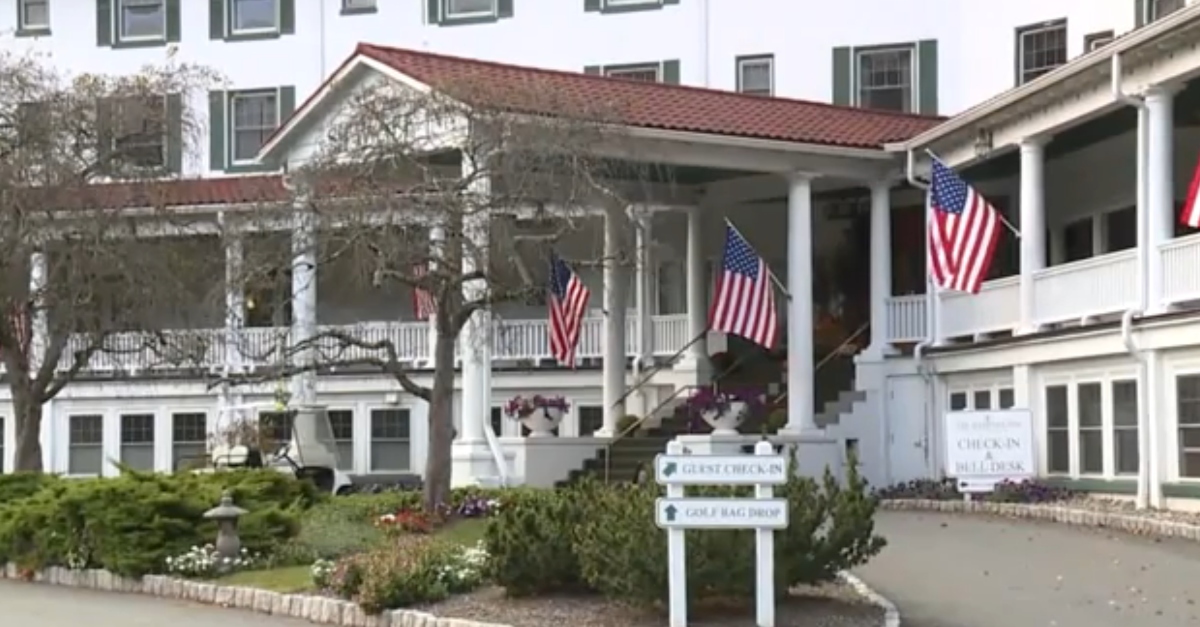 A Pennsylvania man allegedly sexually assaulted a bridesmaid just two days before his wedding. The incident reportedly didn’t put a stop to the nuptials, however, even though the bride allegedly walked in on the crime and fought her husband-to-be. Daniel Carney is charged in Monroe County, according to WNEP.

Investigators said there was a wedding party on August 30 at the Shawnee Inn. Friends attended, and there was drinking, authorities said. A bridesmaid blacked out, and later found herself in the men’s locker room, cops said. Carney was groping her, and her bikini bottom was off, officials said.

Guess who allegedly discovered the incident. The bride walked in on this, officers said. She and Carney physically fought, according to the records obtained by WNEP.

Investigators said they have evidence against Carney:

A groom is facing sexual assault charges after investigators say he forced himself on his wife-to-be’s bridesmaid.

Police say it happened while the wedding party and friends were celebrating before the nuptials at a resort near Stroudsburg.https://t.co/Zw6OqZNdyY

According to the outlet, a friend of the couple said bride and groom got married. WNEP went to the Carney home. There was no answer.

Carney is charged with a count of involuntary deviate sexual intercourse with an unconscious person, a felony, according to ABC 13. He also faces a misdemeanor count each of simple assault, and indecent assault without consent of other.