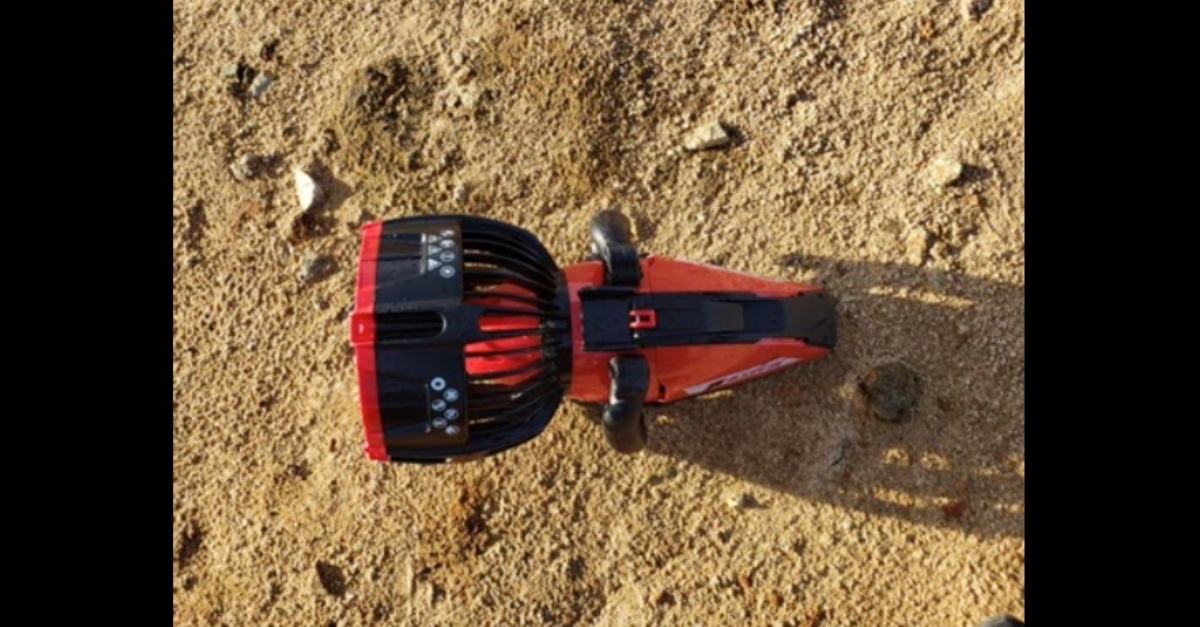 The recent arrest of a fraud suspect took an aquatic turn when the man tried to flee in a sea scooter, federal authorities in California say. And, somehow, someway, President Donald Trump is referred to in the related claims.

Matthew Piercey, 44, allegedly engaged in a Ponzi scheme. The Department of Justice says for more than five years, he raised about $35 million of investor money through his companies Family Wealth Legacy, and Zolla. He and co-defendant Kenneth Winton, 67, worked to keep investor funds thorough lies, omissions and half-truths about fees, how investor money would be used, where the money went, the success of their investment strategies, and the stability of Family Wealthy Legacy and Zolla, the DOJ says. The alleged B.S. included a so-called automated algorithmic trading fund called the “Upvesting Fund.”

“Upvesting has not taken one penny,” Piercey admitted to an associate in October 2018, according to the DOJ. “We generically use the name Upvesting as a term referring to an alternative to the traditional markets. I now recognize this is probably sloppy and incorrect from a compliance standpoint.”

It’s a cliché, but Ponzi schemes are a house of cards pretty much by definition. Piercey and Winton allegedly paid off some investors using money gained from new ones. They managed to pay some of these debts, according to allegations. The DOJ claims that only $8.8 million made it back to investors. Of the remaining $26 million or so, “few if any liquid assets remain.”

That’s trouble enough, but prosecutors say Piercey did what he could to evade responsibility. When confronted by FBI agents on Monday, he allegedly led them on a vehicle case that went off-road twice in residential neighborhoods. Authorities say he abandoned his truck, took something out, and got into the nearby Lake Shasta. Piercey allegedly went underwater, so that the only thing officials could see were bubbles. He stayed in the cold water for about 25 minutes before emerging, law enforcement said. Investigators claimed to find him with a Yamaha 350LI underwater submersible. A sea scooter!

So that’s one thing, but Piercey allegedly tried to interfere in the prior investigation, by discouraging investors from responding to grand jury subpoenas. For example, he allegedly suggested to investors that the subpoenas were related to a banking reform proposal he made to President Donald Trump.

“I have already sent this letter to President Trump, and I would encourage you to send this to President Trump as well here: whitehouse.gov/contact [feel free to copy/paste or drop it in the mail],” he allegedly wrote one person on March 20, 2020. “In light of our emboldened focus to rescue the banking system, be advised I anticipate potential new levels of regulatory scrutiny. If you have any connections or contact with government workers please let me know.”

For example, Piercey’s efforts allegedly managed to stall two people from producing documents responsive to a subpoena in connection to “Company 3,” a medical business. An investor later called him out after he did not follow her request to liquidate her investments, law enforcement said. She suggested that she was being scammed, and she promised to contact the authorities.

“You do not want to do that,” Piercey allegedly texted her. “When good people are trying to help you in good faith to the best of their ability.”

Records show he has no attorney of record. He faces charges of wire fraud, mail fraud, witness tampering, and money laundering.

Winton faces a count of conspiracy to commit wire fraud. His attorney of record did not immediately respond to a Law&Crime request for comment.