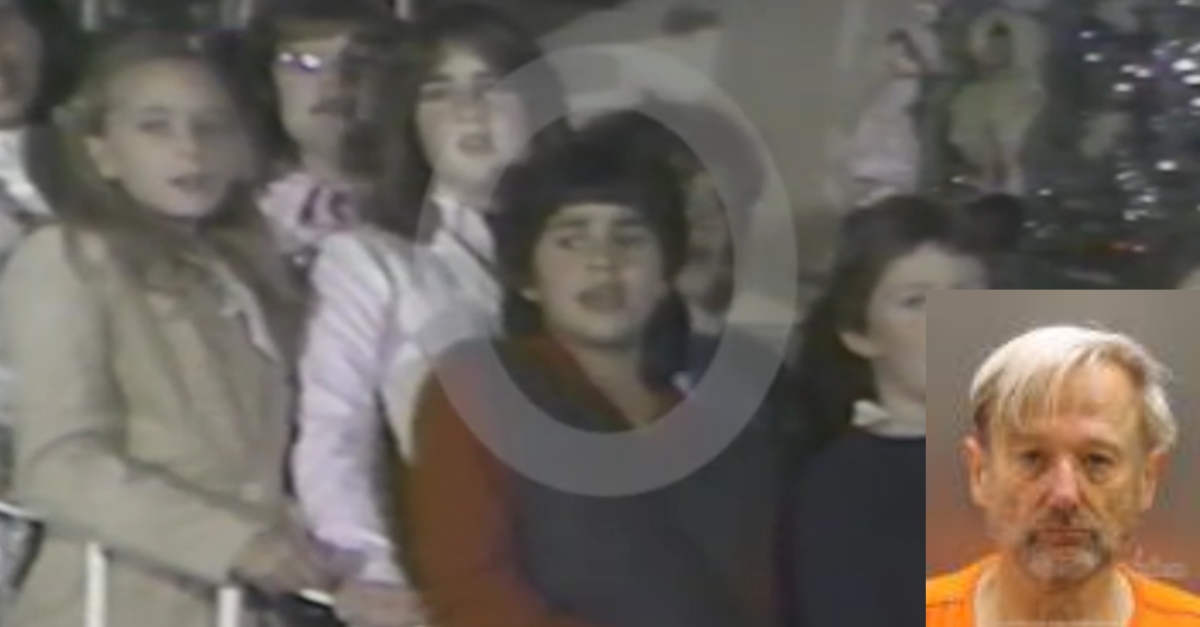 After more than three decades, there are formal charges in the 1984 disappearance and death of 12-year-old Colorado girl Jonelle Matthews. A grand jury indicted defendant Steven Dana Pankey, 69, as her kidnapper and killer.

The child’s whereabouts were a mystery for years. She was last seen entering her home on December 20, 1984 when friends had dropped her off after a choir concert, police said. Nothing immediately turned up, and would not for decades. The Greeley Police Department reopened their investigation in 2018, however, and Matthews’s body was found by a crew excavating in Weld County in July of 2019.

“It’s still kind of surreal,” Matthews’s sister Jennifer Mogensen told 9News after her sister’s body was identified. “It’s closure for me and my family but it also raises new questions now, and it’s sad too. We’re sad, my parents and I.”

The alleged answers to at least one of those questions would soon surface. It turned out that Pankey was under investigation for Matthews’s death. He said he lived in Colorado at the time of the child’s disappearance, and left the state in 1987. Incidentally, he would go on to be a gubernatorial candidate in Idaho: for the Constitution Party in 2014, and as a Republican in 2018 (not that he got anywhere near the seat, receiving 1.4 percent of the vote in the GOP primary).

In 2019, Pankey told The Idaho Statesman that he had been “forever stigmatized” after being charged in 1977 for what he described as a date rape. That case was dropped, he said. He asserted the encounter was consensual. As for the Matthews case, Pankey said he heard on the news about the disappearance, but he did not know the family. He claimed to have met at an FBI agent at the Greeley police station because he had heard via his father-in-law about a person asking about getting rid of a body. He said that after the discovery of the body, Greeley detectives arrived at his home to interview him, but he said he would not without his attorney there. Pankey said he also gave the FBI a DNA sample when asked.

“I have nothing to hide,” he said. No charges were filed at the time.

Now prosecutors say he kidnapped Matthews from her home and shot her. Pankey was allegedly very familiar with the neighborhood where she lived, and watched school kids walk home. According to authorities, the defendant knew about a key piece of evidence withheld from law enforcement: that a rake was used to remove shoe prints in the snow.

The defendant, who owned a firearm in 1984, “intentionally inserted himself in the investigation many times over the years claiming to have knowledge of the crime which grew inconsistent and incriminating over time,” said the indictment. Pankey allegedly went as far as to reference the Matthews case in a 1999 filing with the Idaho Supreme Court. He wrote that if the court ruled in a certain way, it would be reasonable for him to believe “he would get the death penalty for revealing the location” of Matthews’s body. Prosecutors said he repeatedly demanded immunity for information he claimed to have about the murder. His references to the case continued for years, they said.

According to prosecutors, the defendant’s ex-wife Angela Hicks also described his bizarre behavior during their family trip, which started two days after the Matthews disappearance. For example, Pankey “dumped” their dogs before that, uncharacteristically listened to the radio for news of the disappearance, dug in their yard when they arrived home on December 26, 1984, and disposed of a car on their property that burst into flames. Other actions included an incident in church in 1985; a minister said that Matthews would be found safe, and Pankey allegedly muttered “false prophet.”

“I hope God didn’t allow this to happen because of Jonelle Matthews,” he allegedly said after his murdered son’s funeral in 2008.

Authorities also said that Pankey repeatedly looked up Matthews on the internet, and deleted evidence of these searches after Greeley detectives contacted him in 2019.

The defendant remains at Ada County, Idaho pending extradition to Colorado. He is charged with murder in the first degree, felony murder, second-degree kidnapping, and two counts of crime of violence.