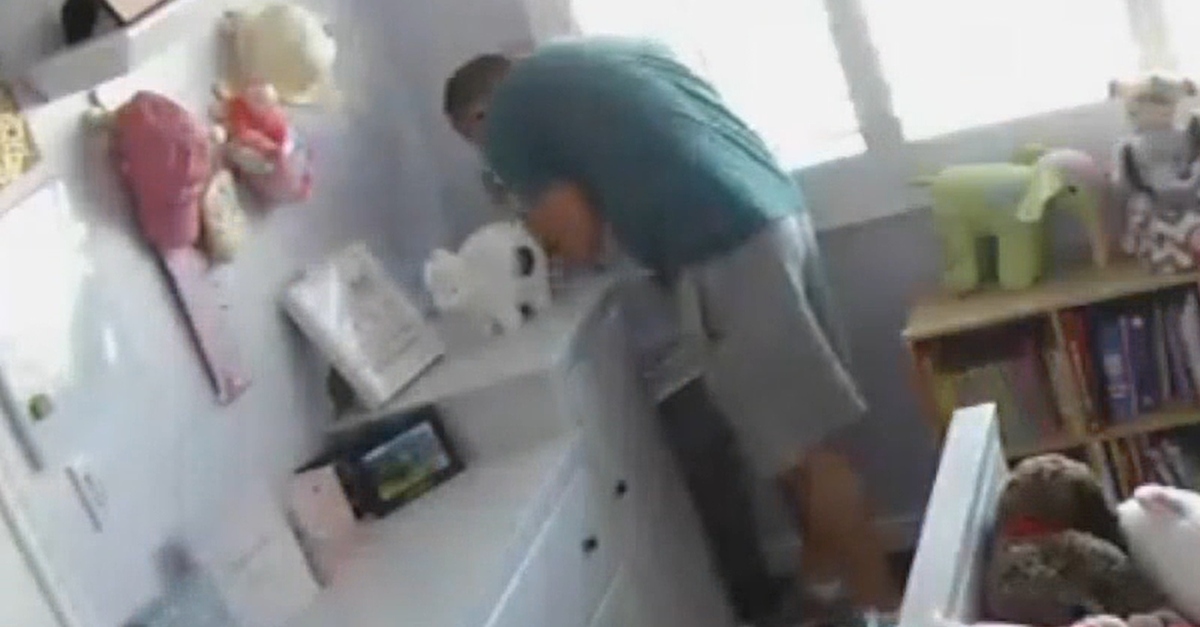 Former deputy U.S. Marshal David Timothy Moon, 50, was sentenced after he was caught smelling a 3-year-old Arizona girl’s dirty underwear. He is dodging prison time, and will instead serve two years of unsupervised probation in his current home state of Texas, according to ABC 15.

“Goddamnit,” he said on video, when he realized a nanny cam was watching the entire thing.

Moon was charged with two counts of felony trespassing with sexual motivation, but managed to get a plea deal for misdemeanor trespassing.

“What if he comes back?” the girl’s father said in court. “What if he tries to hurt us, or our daughter? What if he loses his job and has nothing else to lose?”

The dad and the prosecutor asked that the defendant be ordered to submit to sex offender counseling, or a psycho-sexual exam. The judge denied that request. In sentencing, the court acknowledged Moon’s law enforcement work, military service, a lack of criminal history, and his apparently sincere display of remorse.

The incident happened in May 2019, authorities said. Moon, then a deputy U.S. Marshal, was a potential buyer for Phoenix home. While he was alone, he was in the girl’s bedroom, picked through her laundry hamper, took out her underwear, and seemed to smell it. He returned to the room later, and it was only then that he realized it was all caught on camera.

The father reported the incident to police after he got motion alerts from the nanny cam. Moon, who worked for the U.S. Marshals  in Washington D.C., got fired after the incident.

Police said that according to Moon’s girlfriend, the defendant threw out his computer when he learned that investigators were looking for him. She also claimed to discover footage of “girls doing gymnastics” in an email the defendant sent himself on Gmail.

At his sentencing, Moon called the incident “by far the stupidest thing I’ve ever done in my life.”