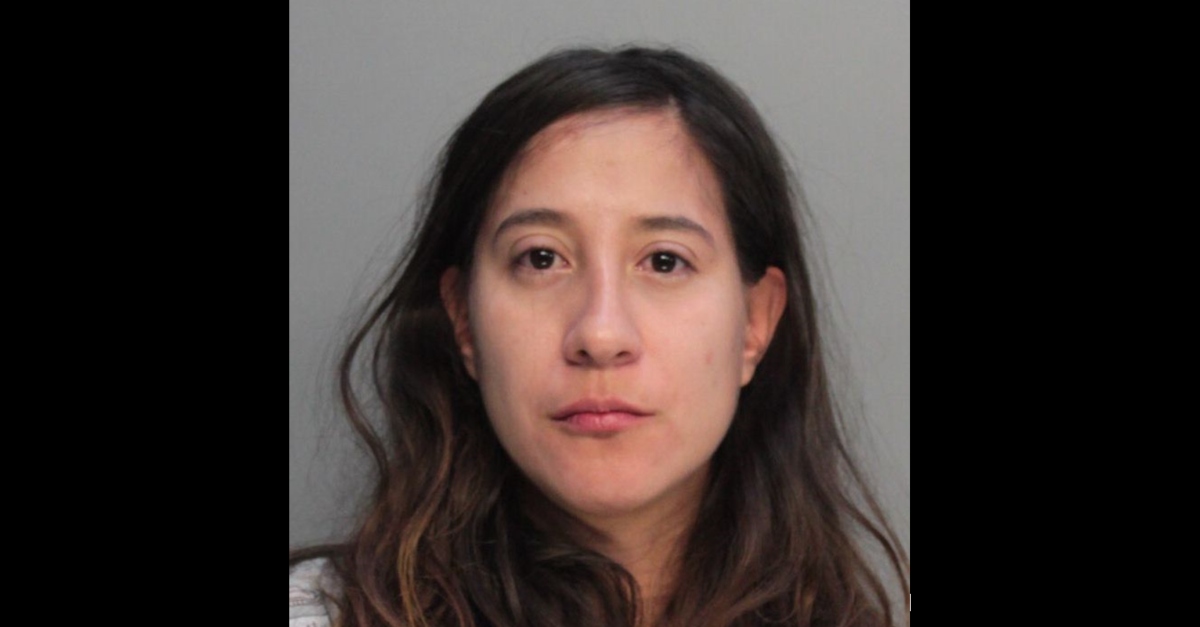 A woman in Miami Beach, Florida is charged with allegedly committing domestic violence against her boyfriend. Esperanza Gomez, 33, faces a count each of felony assault with a deadly weapon, and misdemeanor battery. The defendant allegedly menaced her lover with a knife, and “bit his penis out of frustration,” according to NBC-2.

Police said the fight started after the couple had drinks at an apartment. A female friend had visited some time around midnight and left after 3 a.m., authorities said. Well, Gomez allegedly started confronting her boyfriend, claiming he wanted to have sex with this other woman.

The defendant began to menace her lover by grabbing him by his arms, yelling at him, and poking him with a knife, cops said. The boyfriend sustained some marking and redness on his chest, but wasn’t hurt badly, authorities said according to the article.

The alleged victim said he told Gomez to stop what she was doing, or he’d call the cops. He also told authorities the defendant “bit his penis out of frustration,” police claim.

Miami-Dade County records viewed by Law&Crime show that Gomez was booked into jail Wednesday, and locked up on $6,500 bond. She made a first appearance in court on Thursday, and remains locked up as of Friday morning. The court issued an order for her to stay away from the alleged victim. Richard M. De Maria, Executive Chief Assistant Public Defender for Administration at the Miami-Dade public defender’s office, told Law&Crime they wouldn’t have a comment on this case.