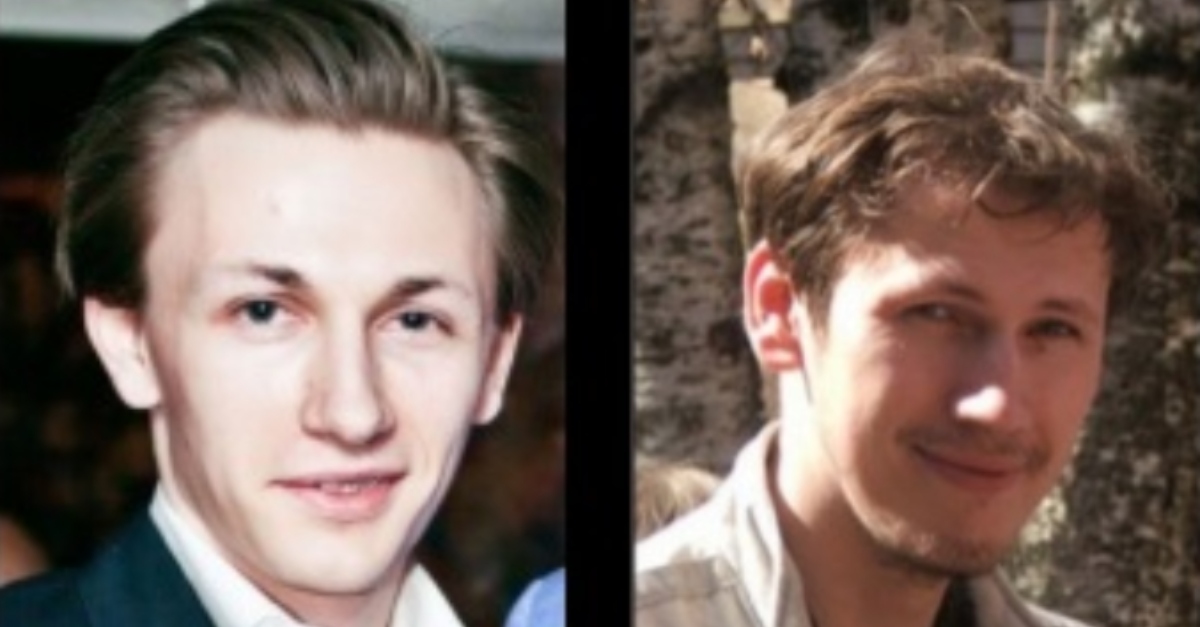 The FBI are seeking two Russian nationals in widespread malware attacks. Maksim Yakubets, 32, and Igor Olegovich Turashev, 38, were indicted in November in the Western District of Pennsylvania, say federal authorities. They are both wanted by the FBI.

“For over a decade, Maksim Yakubets and Igor Turashev led one of the most sophisticated transnational cybercrime syndicates in the world,” said U.S. Attorney Scott W. Brady. “Deploying ‘Bugat’ malware, also known as ‘Cridex’ and ‘Dridex,’ these cybercriminals targeted individuals and companies in western Pennsylvania and across the globe in one of the most widespread malware campaigns we have ever encountered. International cybercriminals who target Pennsylvania citizens and companies are no different than any other criminal: they will be investigated, prosecuted and held accountable for their actions.”

The defendants face charges including wire fraud, bank fraud, and conspiracy. Yakubets, also known under the moniker “aqua,” was also charged in a Nebraska federal court in 2012, say authorities.

He is accused of being involved in “Zeus,” a malware scheme used to phish for people’s banking information.

He and Turashev were also charged for their alleged involvement in the “Bugat” malware scheme.

Prosecutors claim that in 2011, the co-defendants and their co-conspirators tried to electronically steal $999,000 from the Sharon City School District’s bank account.

They were allegedly more successful in stealing from Penneco Oil. Defendants ripped $2,158,600 from a company bank account, authorities said.

Investigators claimed that Yakubets had performed other cyber crimes for the Russian government’s Federal Security Service, according to NPR.

The State Department has offered up to a $5 million dollar reward to those with information that could lead to the arrests of Yakubets and Turashev.