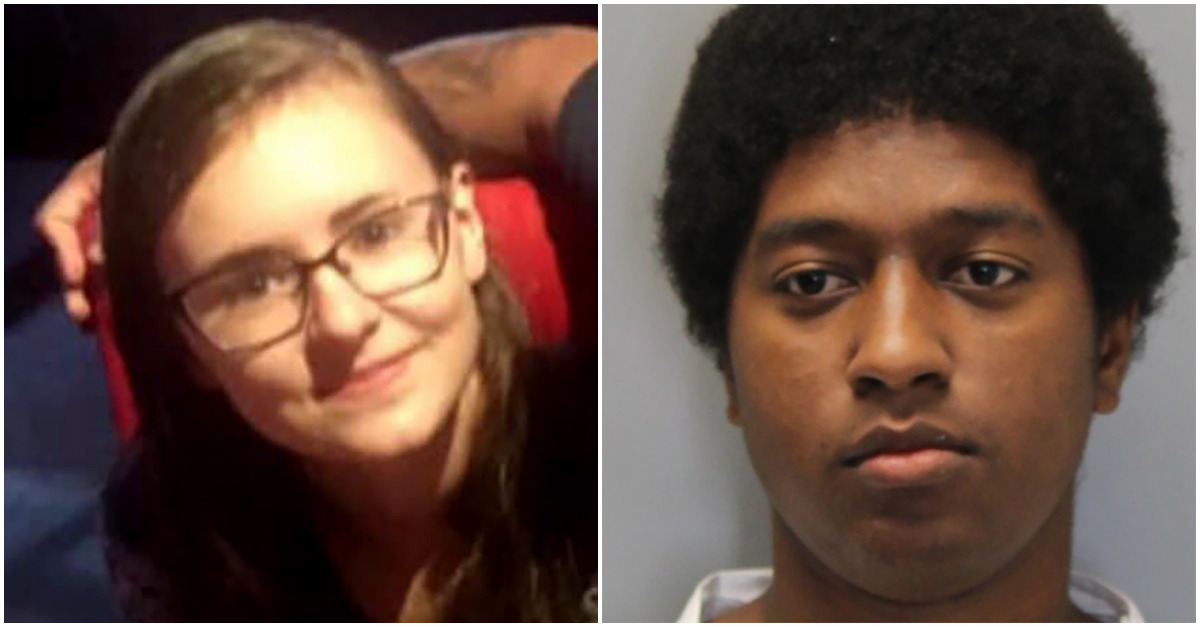 Madison Sparrow went missing late last week before her dead body was found in the woods of Newark, Delaware on Monday. Now, authorities have a suspect in custody: her ex-boyfriend Noah Sharp, who police say admittedly bludgeoned Sparrow to death with an aluminum baseball bat.

The 17-year-old high school student was reported missing by her family on Friday evening after she left the house earlier that afternoon to get some ice cream with a girlfriend and buy a birthday present for her sister, according to her father.

Hours passed and a number of odd text messages were eventually sent to her mother that suggested Sparrow might be running away. The texts stopped as her phone was turned off. According to Sparrow’s father, Richard Prestidge, the texts suggesting a conscious desire to leave home were “really weird” and didn’t make much sense to the family because his daughter left her credit card and most of her money at home.

Unheard from and nowhere to be found, Sparrow’s family called the incident in to police.

The family searched and searched for the two days following her disappearance–with dozens of friends helping scour farm fields near the University of Delaware based on stories of where she was last seen alive. Police did the same, telling local media there was an “active and ongoing investigation” into her whereabouts. Sparrow’s body was discovered soon thereafter.

“At this time, this case remains active and ongoing,” Delaware State Police spokeswoman Master Corporal Heather Pepper said on Monday afternoon. “Additional information will be released once it becomes available.”

Police claim that an interview with one of Sparrow’s friends led authorities to believe 19-year-old Sharp was a likely suspect.

Per those filings, Sharp admittedly hit Sparrow in the head with aluminum baseball bat in the woods behind Maclary Elementary School sometime late Friday afternoon or early evening. Detectives then searched the area and recovered the alleged murder weapon along with blood droplets and some of Sparrow’s clothing.

Police say Sharp confessed to murdering Sparrow and guided investigators to a separate wooded area near the intersection of I-95 and Delaware State Highway 896 where the girl’s body was hidden. An autopsy found she was killed by blunt-force trauma to the head.

“[D]etectives obtained information through investigative interviews that Madison responded to an area in Newark where her ex-boyfriend, Noah, was located,” police said in a statement. “The investigation revealed the homicide occurred in the Newark area due to blunt force trauma to her body. After the homicide occurred, she was transported to a secluded wooded location in Newark, where law enforcement officers discovered her body.”

Details are necessarily scant during this early stage of the investigation but police statements tend to lend credence to earlier reports that Sparrow was last seen just before 4:00 p.m. last Friday getting into a white truck with three men.

“At this time, there is information indicating additional individuals may be involved in this homicide,” Pepper told the Newark Post.

Sharp, for his part, has since been charged with first-degree murder, possession of a deadly weapon in commission of a felony and conspiracy in the first-degree. He is currently being held on $1 million bail.