A 22-year-old man in Volusia County, Florida allegedly lured a 13-year-old girl to a motel room, but video shows a local deputy tracking them down and confronting the adult. As seen on footage, the girl ran to the deputy and hugged him when he reached the scene.

Tyler Thompson was booked into jail on Friday, according to online records viewed by Law&Crime.

The investigation began after a missing child report, according to the Volusia County Sheriff’s Office. Authorities responded at about 6:15 p.m. on Thursday after a woman said her granddaughter did not return home and did not go to a basketball game after school. Deputy Royce James started looking into it the case, and spoke to a friend of the child. He got a few leads. From authorities:

Judging by the sheriff’s office account, that was just enough to get the job done. Deputies said James found security video of the girl at the Dollar General, and that an employee said the child was waiting for a person to pick her up.

According to authorities, James checked local motels. That process played out in the video above, as the deputy asked clerks whether they saw a juvenile girl with an adult. The sheriff’s office said he found them at the third motel when he noted that Tyler Thompson, an Orlando man, was checked in. 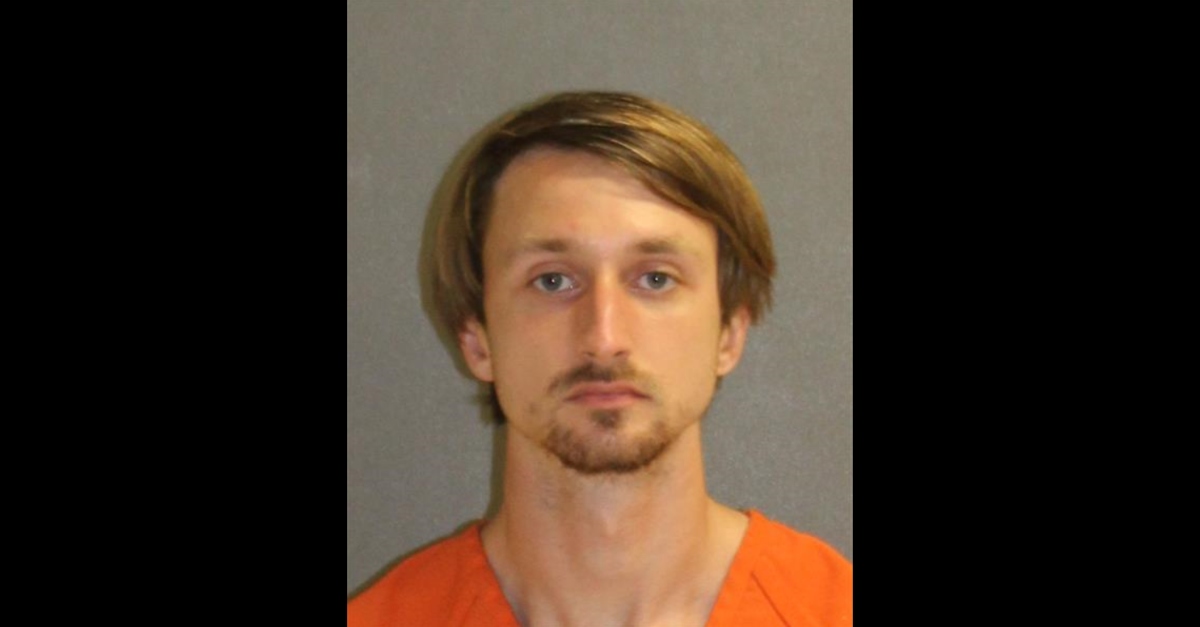 As seen on footage, James went to the room. A man identified as Thompson, wearing only shorts, answered the door.

“Sheriff’s office,” said James. “Back up. Have a seat on the couch.”

The child is slightly blurred out in the video but she can be seen running up to James. Authorities said she hugged him.

The deputy asked the man his age.

“How old are you?” the deputy repeated.

There was no answer. James questioned the girl on whether she was injured. She said her stomach hurt.

“You fucked up, man,” James told the suspect. He again asked the man’s age. “If I ask you that question again, I’m going to lose my fucking mind. How old are you?”

Thompson is charged with interference with child custody, and traveling to meet after using a computer to lure a child. More charges are pending, said the Volusia County Sheriff’s Office. His attorney of record, Assistant Public Defender Natalie R. Gossett, declined to comment when Law&Crime reached out by email.