‘Don’t Do That Again’: GOP Senator Snaps at Reporter When Asked About Trump 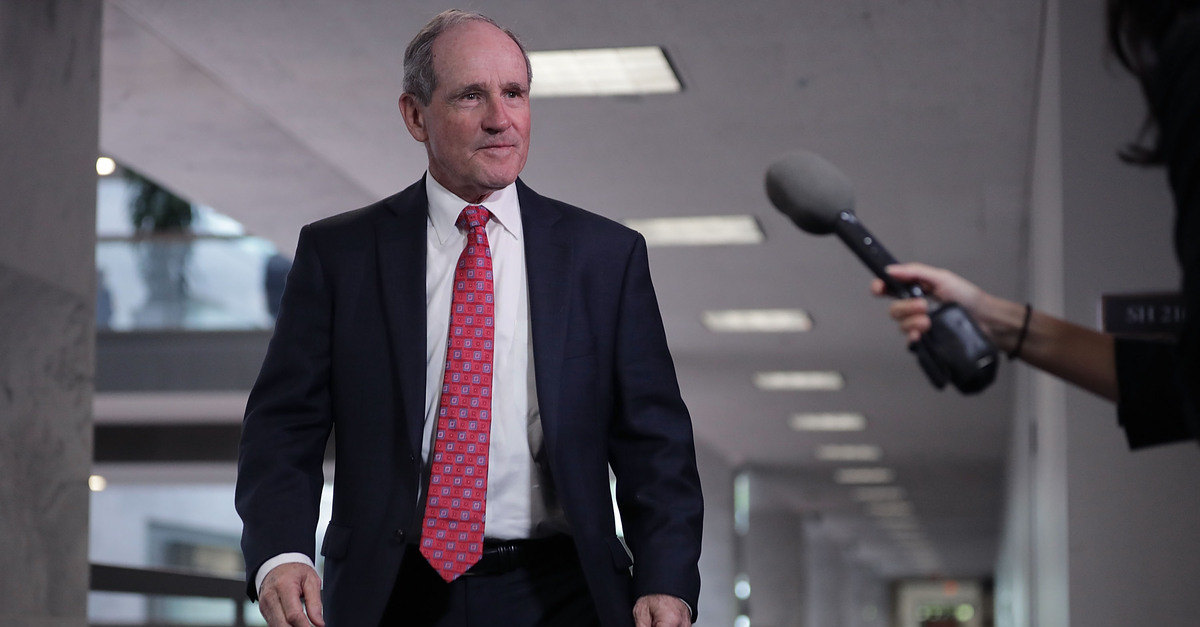 Idaho Republican Sen. Jim Risch doesn’t want to talk about President Donald Trump or the many controversies currently taking the place of the wallpaper at 1600 Pennsylvania Avenue.

According to Boise State Public Radio, Risch was back in his home state for the National Women’s Business Council forum in Nampa, Idaho. A press release for the event described Risch’s participation in a roundtable discussion with “local women business owners” to “explore the unique challenges rural women entrepreneurs face and identify untapped opportunities for growth.”

Sometime during that event on Thursday, Risch was approached by reporter Heath Druzin, who tried to ask him about the 45th president’s controversial request for a foreign investigation into potential 2020 rival Joe Biden. But Druzin didn’t get too far.

Audio reveals an upbraiding from the conservative Trump stalwart:

Druzin: As the chairman of the Senate Foreign Relations Committee, do you think it’s appropriate that the President asked a hostile foreign power–

Druzin: Well, but, I think that’s a fair question to ask, Senator.

Risch: Do you want to do an interview on the business or not?

Druzin: Yes, I’d like to get to that, but first I have that question.

Risch: I’m not going there. If you want to do an interview with me on the business center, please do so.

Druzin: Senator, with all due respect, though. You are the chairman–

With that, Risch’s staff whisked the “clearly agitated” senator away.

In one last snippet of audio, however, the steadfast Trump defender turned back and told Druzin: “Don’t do that again.”

“I was a little bit surprised at how abrupt it was,” Druzin told local NBC affiliate KTVB. “This is the committee that has the power to investigate our government’s dealings with foreign countries and foreign leaders and most know that right now that is a huge issue.”

Law&Crime reached out to Risch’s office for comment on this story, but no response was forthcoming at the time of publication.