Ex-Lawyer Supposed to Be In Prison for Cheating Clients, But Now He’s Wanted in His Mom’s Murder 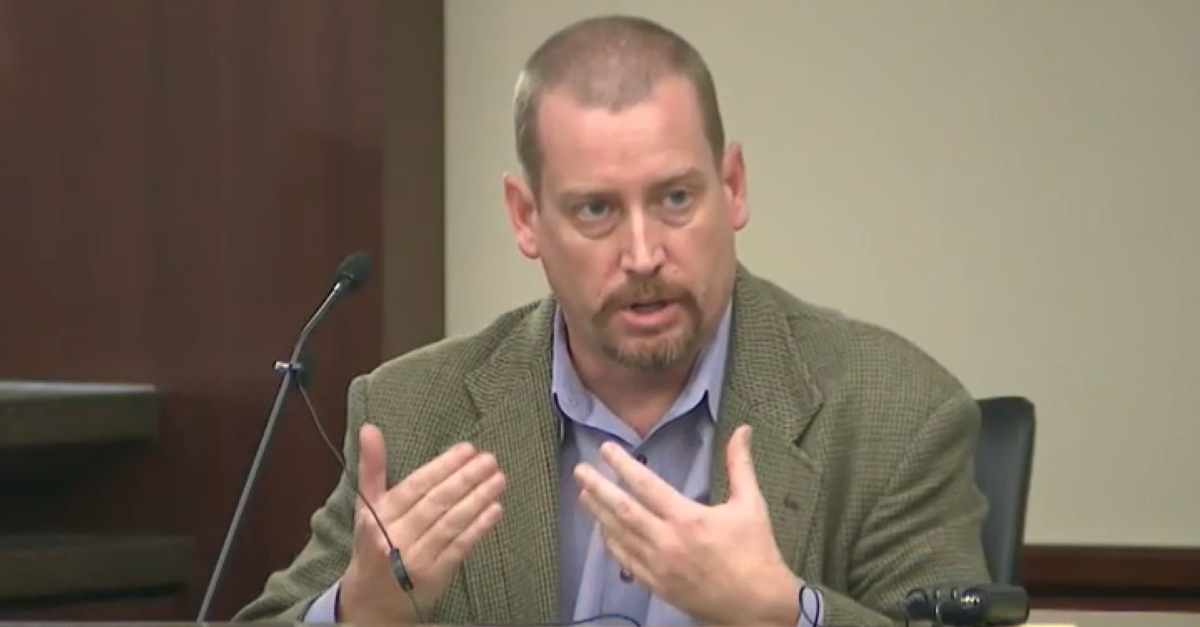 Disbarred lawyer Richard Merritt, 44, was due in prison Friday for swindling his clients. Yet it’s two days later and he’s now wanted for allegedly killing his mother. Cops in Dekalb County, Georgia said that officers responded to a local home on Saturday morning regarding a dead person, according to The Atlanta Journal-Constitution. They found Shirley Merritt was fatally stabbed. Cops blame this on her son.

The suspect shouldn’t even be out, whether or not there was a murder. The suspect was convicted of settling lawsuits without clients’ knowledge, and keeping the cash. He was sentenced last month to 15 years in prison, to be followed by an equally long stint on probation. Prosecutors say he took advantage of the elderly, and those alleging medical malpractice. This scheme affected 17 former clients. He’d lie to them about the settlements, and claim their cases were ongoing, authorities said.  Prosecutors claim he forged their signatures and checks, and notary seals.

Merritt surrendered his law license last year. From the Supreme Court of Georgia in a filing dated January 29, 2018:

In his petition, Merritt, who has been a member of the Bar since 2000, admits that in February 2017 he settled a client’s personal injury matter for $75,000, but failed to promptly disburse those funds to his client or her medical providers and failed to render a full accounting of the funds to his client.

The judge in his sentencing gave him time to prepare for prison, and turn himself in by 5 p.m. on February 1. The defendant had to deal with what was described as family medical issues before serving his sentence, according to a Fox 5 Atlanta story.