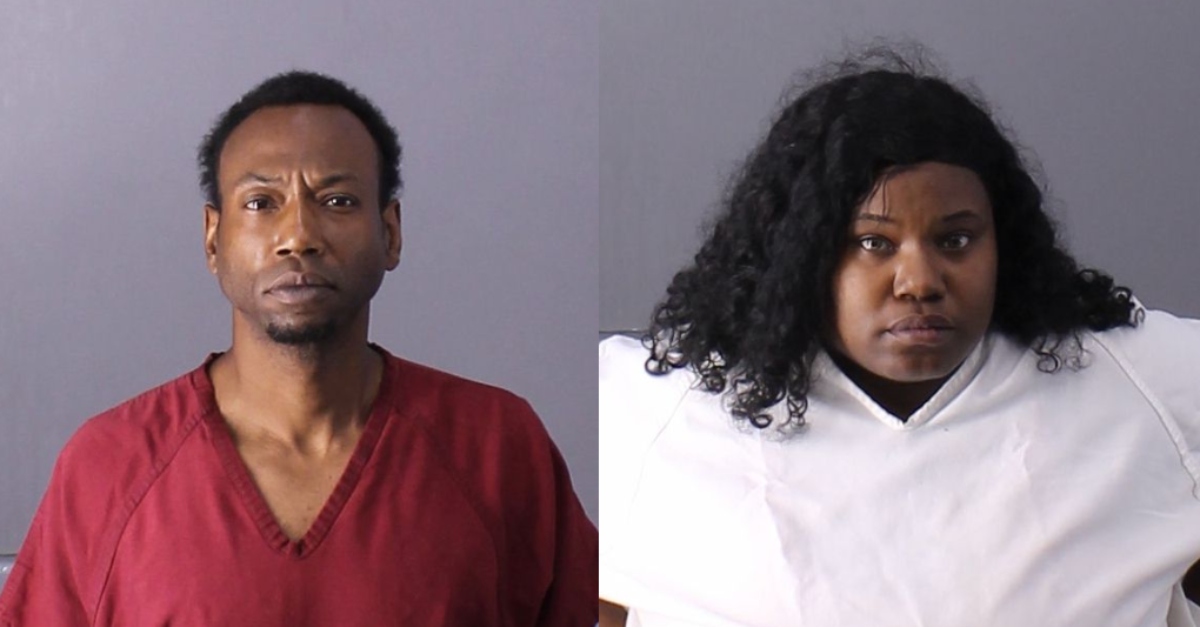 The two defendants in the alleged murder of Kamille “Cupcake” McKinney, 3, were indicted Wednesday in an Alabama federal court.

“The kidnapping of a child is one of a parent’s biggest fears,” First Assistant United States Attorney Lloyd C. Peeples said. “Despite their best efforts, federal, state, and local law enforcement were not able to bring the 3-year old victim home to her family. However, we hope that today’s charges will be a step towards bringing justice for her and her family.”

Defendants Patrick Devone Stallworth and Derick Irisha Brown are now charged with one count of kidnapping and one count of conspiracy to kidnap a minor victim.

Their attorneys of record in an ongoing state case did not immediately respond to a Law&Crime request for comment. (There’s a gag order in the state matter.)

The defendants kidnapped McKinney during a birthday party on October 12, authorities said. The girl was found dead in a dumpster on the 22nd. Brown allegedly said she saw her boyfriend Stallworth sexually assault the victim (that’s according to a detective’s testimony in a Birmingham preliminary hearing). Methamphetamine and the anti-depressant Trazodone were found the victim’s body, investigators said. Brown allegedly claimed it was her boyfriend who put the corpse in the dumpster.

Stallworth’s alleged statements to police contradicted those of his girlfriend. In his account, Stallworth only first saw McKinney the apartment he shared with Brown. Brown allegedly said that she wanted to keep the child. Stallworth allegedly claimed his girlfriend killed the victim while he was out for a cigarette.

Stallworth was originally arrested for possessing child pornography allegedly found on his phone.

Birmingham police detective Jonathan Ross said that a 10-year-old at the birthday party claimed to have witnessed a man and a woman driving an SUV giving out candy. The boy also saw said he saw McKinney crying in the vehicle.

Brown’s DNA was not on the victim’s body, and two jailhouse informants claim that Stallworth reportedly confessed to killing McKinney, that attorney reportedly said.

“I’m gonna say, yes, he did tell me that he’s innocent.” -Derrick Collins, attorney for Patrick Stallworth when I asked if his client is innocent. #CupCake ⁦@WBRCnews⁩ ⁦@WBRCgoodday⁩ pic.twitter.com/qh3Dpjw7oS