Looking for suspects takes work, time, and sometimes a little bit of luck. Even well known defendants evade capture for years. The subject of this article might have trouble blending in, however. A man in Indiana is wanted because he allegedly led the police in a car chase but escaped. Live PD revealed an image of Donald Murray in a recent episode. He sports several tattoos on his neck and face, but most prominent is the big ol’ statement “CRIME PAYS” written across his forehead. 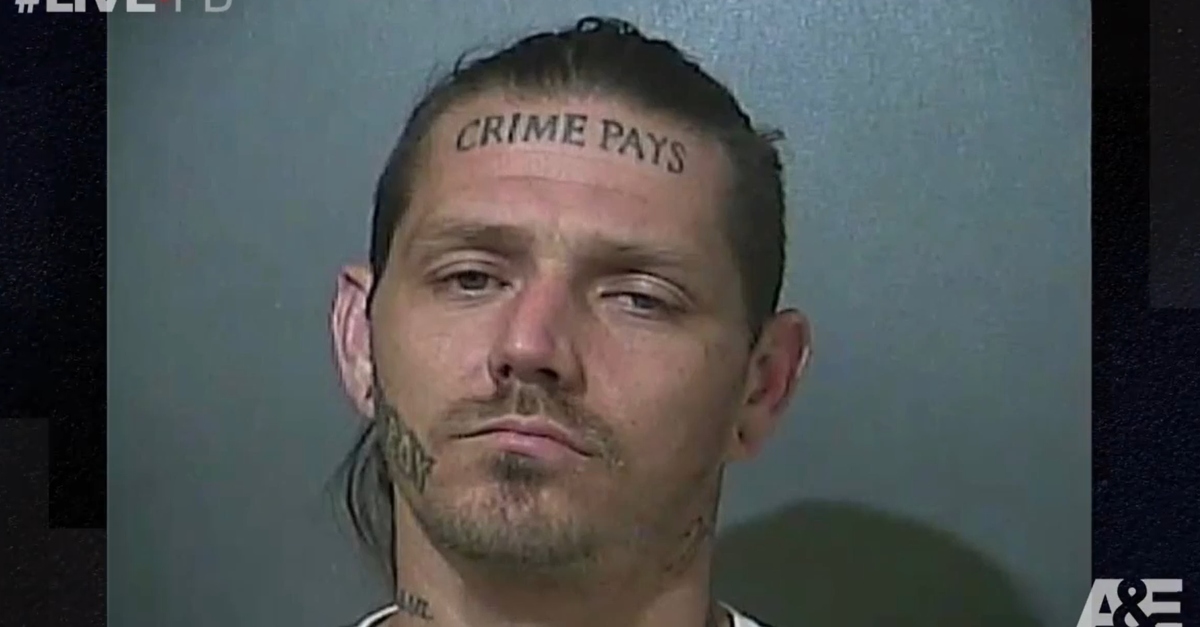 Terre Haute police went after an individual who was allegedly driving a vehicle without lights, according to the show. That suspect crashed into a tree and fled on foot, officers said. According to investigators, the passenger claimed not to know the name of the driver, but a tip from a Live PD viewer led cops to claim that Murray is the suspect.

Authorities request that anyone with information contact Vigo County Central Dispatch at (812) 232-1311.

The chase happened at the tail end of a recent episode of the show. (Law&Crime founder Dan Abrams is a host.)

#LivePD Terre Haute, Indiana. Rolling with Officers Johnson and Gant tonight. How about you join us on @AETV at 9p from the warmth and comfort of your couch while you continue to digest last night’s feast!!! @OfficialLivePD @THPDPIO @LivePdFans pic.twitter.com/FI3fPcb03s