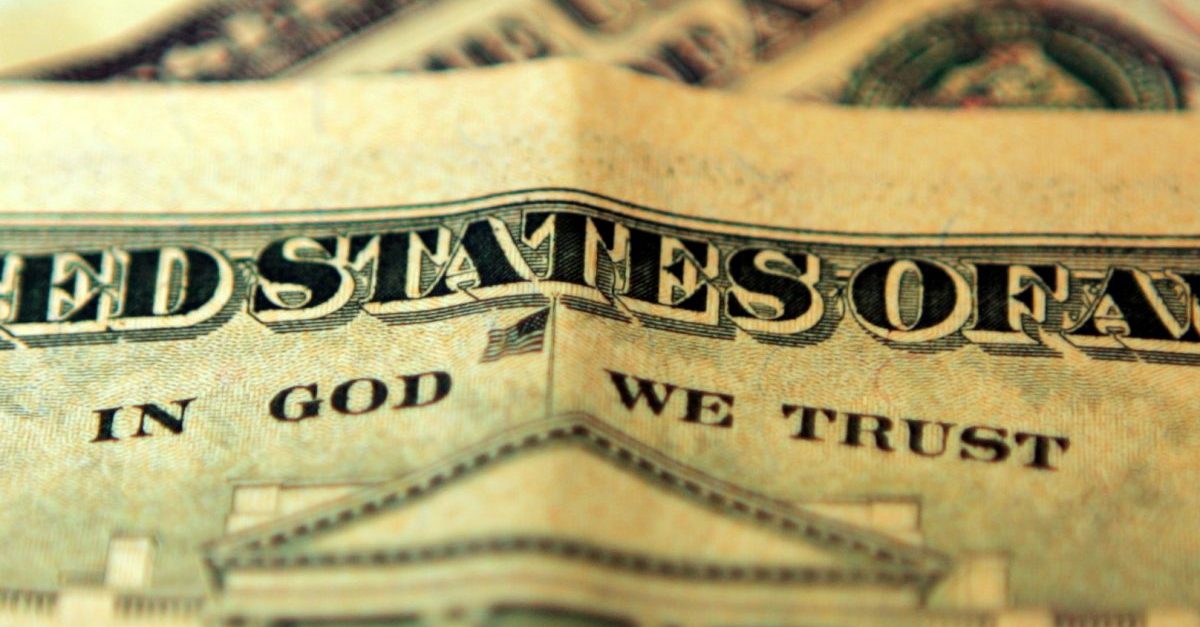 Self-described Satanist Kenneth Mayle has a problem with American currency, particularly how it bears the phrase “In God We Trust.” While the phrase does not specifically endorse one religion or another, Mayle claimed in a lawsuit that it still endorses a “monotheistic concept of God” that goes against his non-theistic religion, and that by using money, he’s being forced to spread a message that is “committed to the very opposite ideals that he espouses.”

Not surprisingly, the Seventh Circuit Court of Appeals did not believe in Mayle’s argument.

“The motto merely acknowledges a part of our nation’s heritage (albeit a religious part),” the court said, likening it to “portraits of presidents, state symbols, monuments, notable events such as the Louisiana Purchase, and the national bird.”

Mayle also argued that the motto is Christian in nature, and claimed that because he doesn’t believe credit or debit cards to be trustworthy, he is being forced to participate in a Christian practice every time he uses cash. He claimed that whenever he uses money he feels “guilt, shame and above all else fear.”

The court didn’t buy this either, saying, “Mayle has not plausibly alleged that the motto’s placement on currency increases the burden on practicing Satanism,” and that “no reasonable person would believe that using currency has religious significance.”

The court also disputed Mayle’s claim by saying that he isn’t “affirming the motto” when he spends money.

mayle v us by LawNewz on Scribd