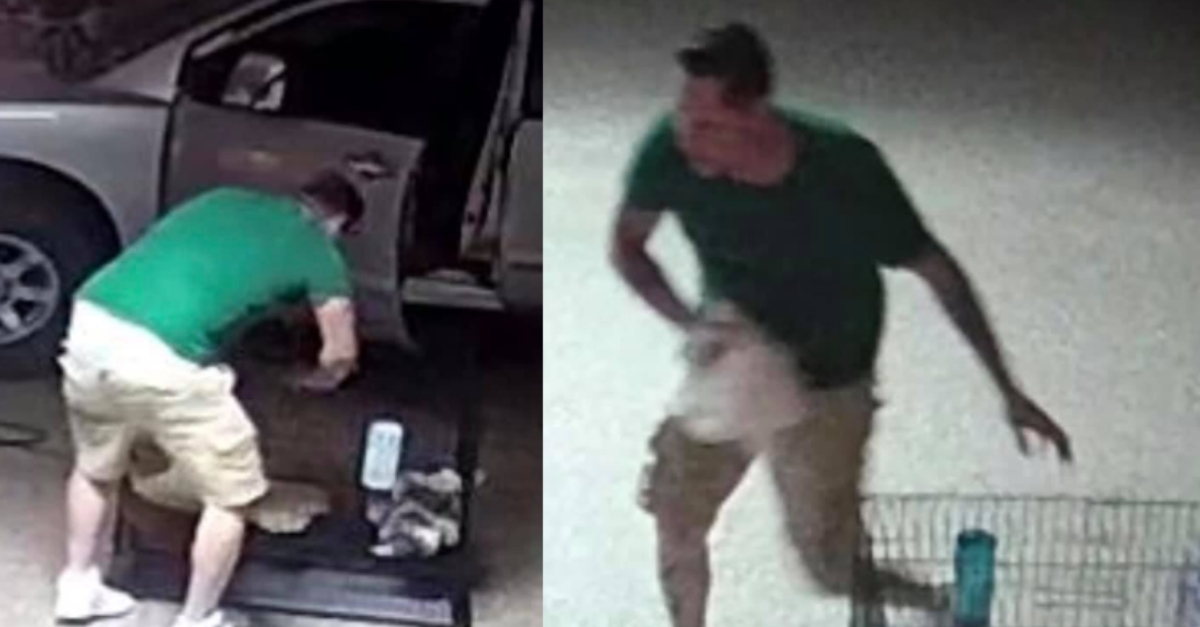 We at Law&Crime have seen our fair share of pet store-related crimes. This one might be the most ambitious out of all of them.

A man allegedly drove a car through the front store of a pet store in Thornton, Colorado, and stole six puppies before fleeing. The details of this case come from a Facebook post from Metro Denver Crime Stoppers, which was shared by the Thornton Police Department.

The suspect was only described as a man.

Any pet-related theft is going to be a little unique. A man in Florida was arrested in 2016 for allegedly stealing a puppy and trading her for drugs. Around the same time, in Portland, Oregon, a man allegedly smuggled a python out of a pet store by stuffing the animal in his pants.