Cops: Arizona Woman Punched Son Because He Was a Bad Lookout for Shoplifting Grandma 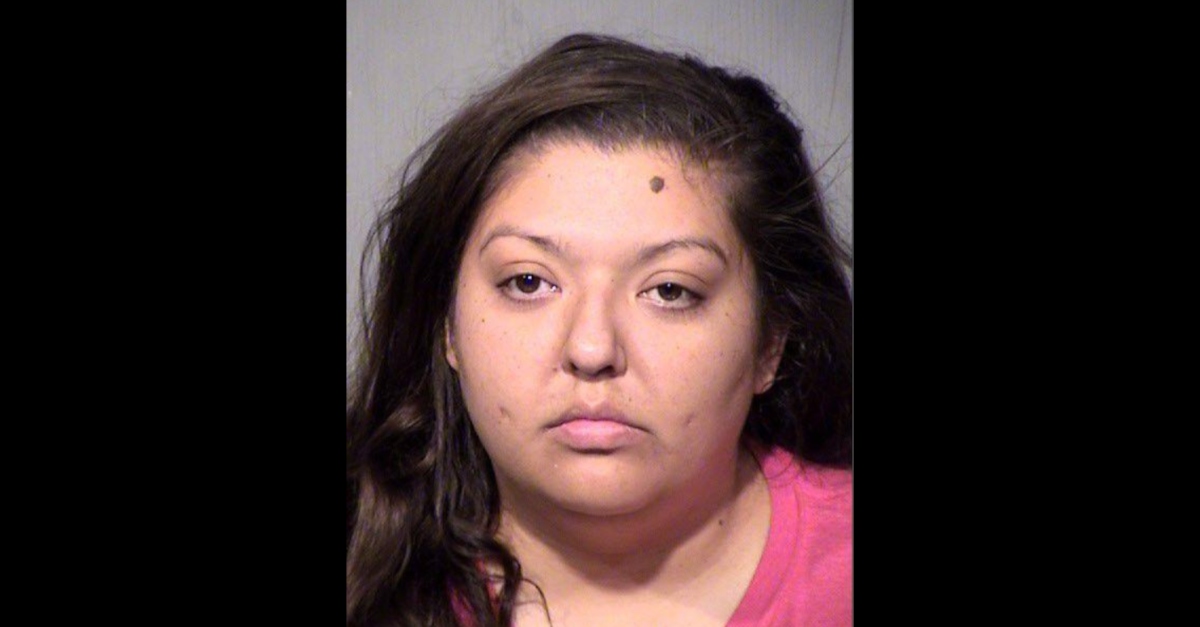 It is said, “Honor thy father and thy mother.” We’re not sure if that includes helping grandma shoplift.

Arizona mom Rebecca Gonzales, 27, was arrested Friday in Maricopa County because she attacked her son, police said. The alleged motive behind this is quite something. Police said they saw her spank, slap, then punch her child in the face while at a Walmart parking lot, according to the probable cause statement.

Cops said the attack happened when she was picking him up from the store. The boy told police that he was hit because he didn’t watch out for his shoplifting grandmother well enough.

Records show that Gonzales is charged with a count of child abuse, a class 4 felony in Arizona. Law&Crime confirmed that she is being represented by the public defender’s office, but a clerk said the defendant does not have a lawyer yet because it’s early in the case.

Gonzales made an initial appearance in court Saturday. She is scheduled for a status conference on Friday, and a preliminary hearing on Tuesday.