Cops Allegedly Find the Unexpected in Lunchables Boxes During Traffic Stop: ‘It Was Just Coke’ 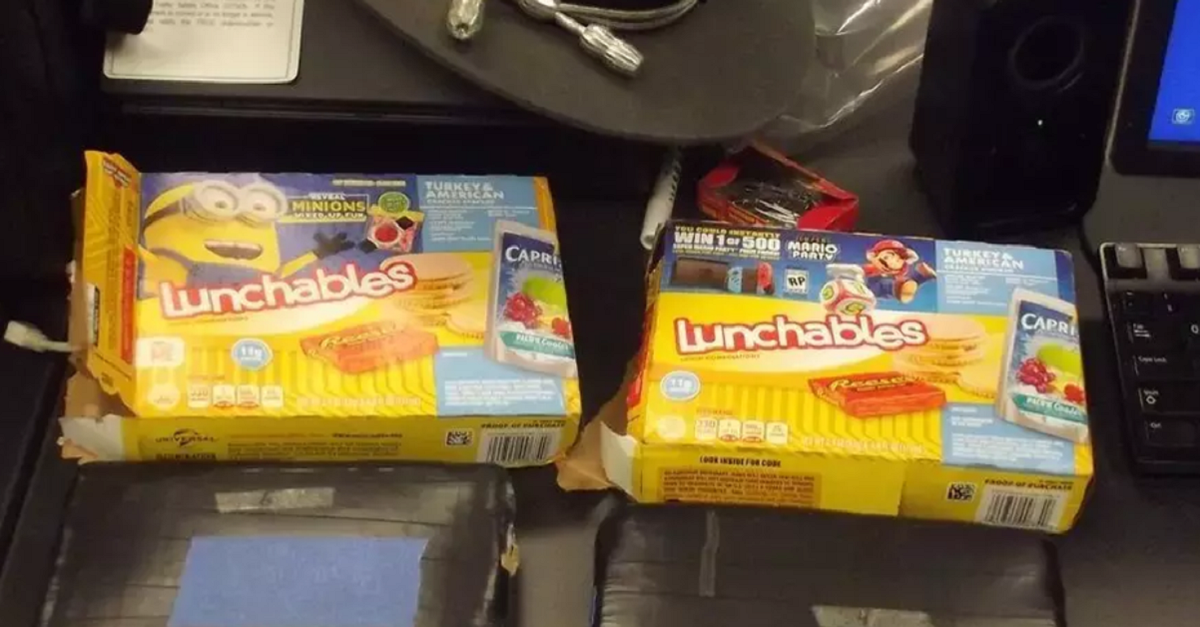 Two Florida men were arrested in Ohio after cops pulled them over for a traffic stop only to find some surprises. Not only was one of the men allegedly armed, police also said they had drugs in pretty innocent looking packages.

Officers with the Ohio State Highway Patrol asked Nelson Lopez III, 21, to step out of the rented Ford truck, which they said had been moving in a “dangerous manner” down the Ohio Turnpike. The other occupant of what cops said was a rented 2018 Ford F-150 with Florida registration was his father, Nelson Lopez Jr., 41,

First, they allegedly found a loaded handgun on Lopez III’s person, “during a consensual pat-down.” At that point, officers searched the vehicle.

“That’s when they found a pair of ‘suspiciously heavy boxes of Lunchables, which, when opened did not reveal trays of luncheon meat, crackers, and corn syrup.’” a police report said, according to the Miami Herald. “Instead, it was just coke.”

Both father and son are now facing charges of possession and trafficking in cocaine, which are first-degree felonies. Each of them could wind up in prison for up to 22 years. Not only that, they could each get slapped with a hefty fine of up to $40,000.