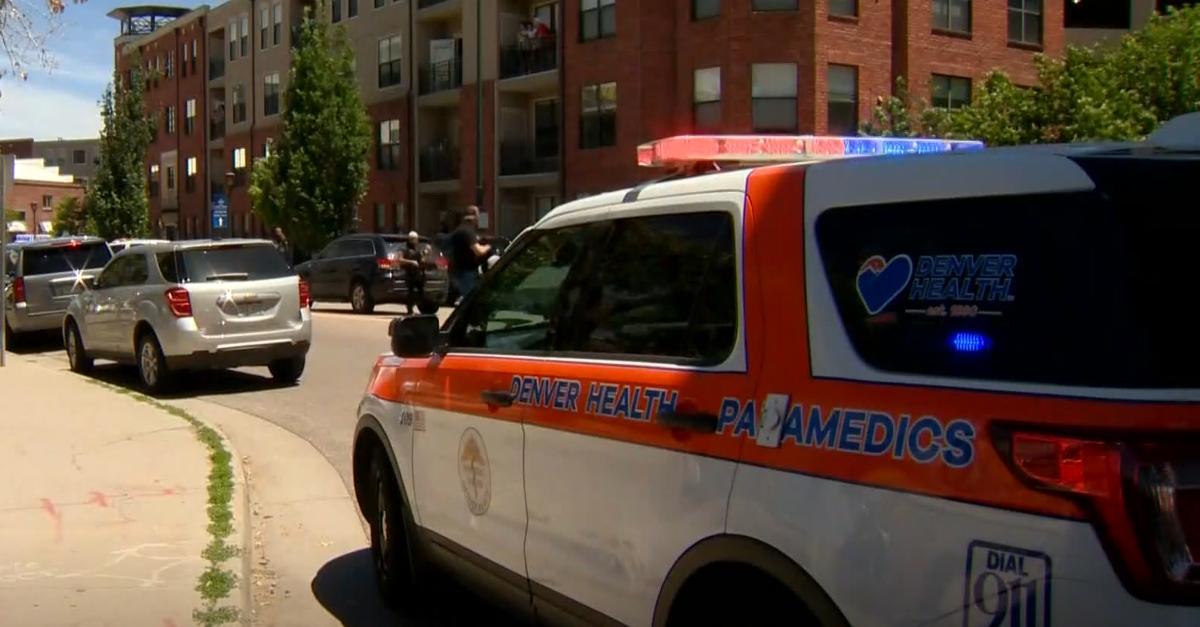 A woman is dead and her boyfriend is injured in Denver, Colorado after a man allegedly shot them with an AR-15 rifle. Michael Close, 36, faces a charge of first-degree murder, according to The Denver Channel.

The couple has been identified through a GoFundMe campaign as Isabella Thallas, 21, and Darian Simon, 26. They were walking their dog on Wednesday when the boyfriend happened to tell the dog to poop, according to the police account.

Enter Close. Simon told cops that he heard a person yell through the ground-floor window of an apartment, asking if he was “going to train the dog or just yell at it,” police said. He tried to ignore the person, but things escalated in tragic fashion: the suspect pulled out what Simon believed to have been a pellet gun.

It wasn’t. It was a real firearm. Simon heard multiple shots and ran until he couldn’t anymore because he was wounded, police said.

Officers said the weapon was an AR-15. Thallas died.

Close was found by a Park County Sheriff’s Office deputy after authorities were on the lookout for a black Mercedes Benz. Police said they discovered items including a pistol grip rifle, and gun belt in his vehicle.

The GoFundMe was started by friends of the family to raise funds for Thallas’ funeral, and the family’s living expenses. (Her mother has been on furlough, according to the campaign.) They’ve raised over $54,000 of a $10,000 goal as of Friday afternoon.