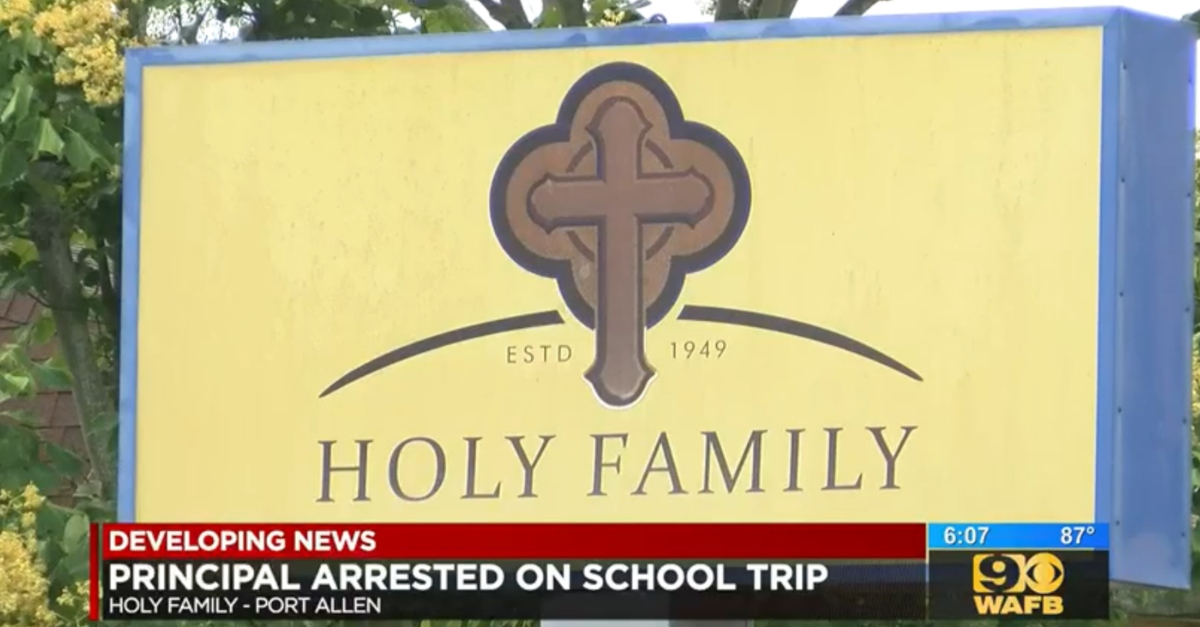 The principal of Holy Family Catholic School in Louisiana has resigned after allegedly refusing to pay his bill at a Washington D.C. strip club. Michael Comeau, 47, was charged with public intoxication and possession of an open container of alcohol, according to WAFB. He had reportedly been joining 7th and 8th graders on a field trip to the city.

The Diocese of Baton Rouge said the arrest happened Thursday.

“The incident occurred when the students on the trip were in their hotel rooms for the evening under the supervision of other chaperones,” they state in a statement obtained by the outlet. “Mr. Comeau had been principal of Holy Family School for five years and prior to that time had served in public education in the surrounding area. Mr. Comeau has submitted his resignation as principal and an interim principal will be appointed.”

Police said that they got a call at about 2:20 a.m. to Archibald’s Gentlemen’s Club about an intoxicated man refusing to pay a bill, according to The New Orleans Advocate. They claim they found Comeau standing on a roadway. He refused to move, cops said.

JUST IN: Holy Family Principal Michael Comeau was arrested in Washington, D.C. at a strip club while on a school field trip. https://t.co/MphL6IblRZ

Numerous sources told the 9News Investigators Comeau had a service dog with him at the bar/strip club. pic.twitter.com/qmu4d6C90U

Comeau also resigned from his position as a part-time reserve officer with the Brusly Police Department.

He could not be reached for comment. It’s unclear if he has an attorney in the matter.