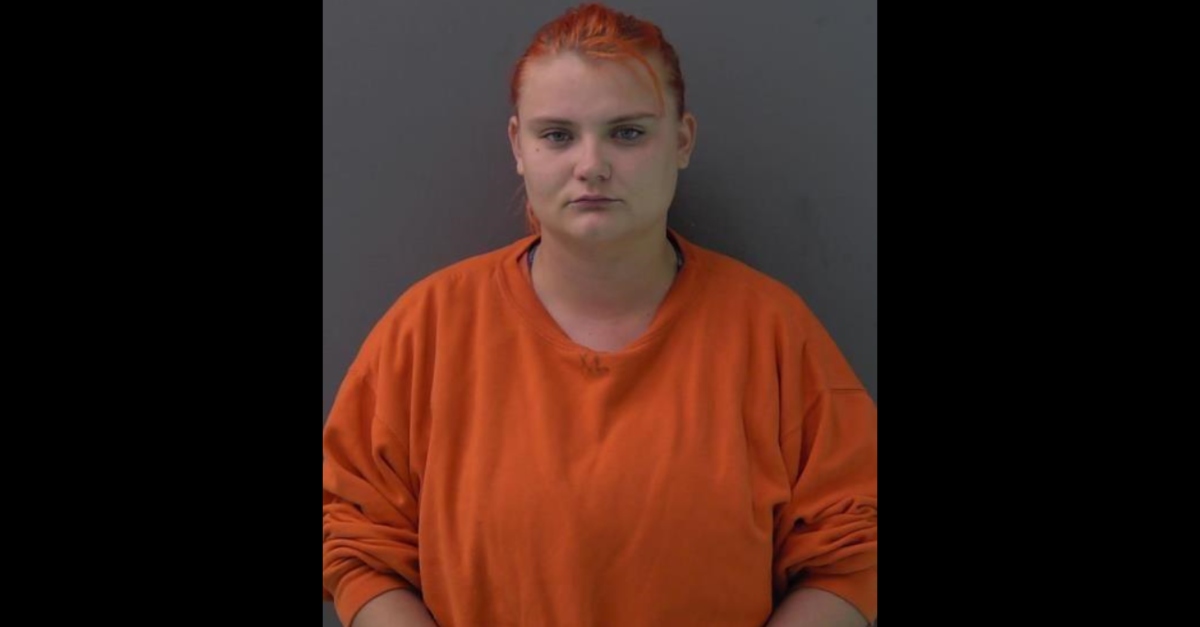 Federal authorities revealed their account on Thursday of how they found the suspects in the disappearance of U.S. Army Specialist Vanessa Guillen, 20. Cecily Aguilar, 22, was the girlfriend of alleged co-conspirator Specialist Aaron David Robinson, a soldier who died by suicide when confronted by investigators, according to the Department of Justice.

“Her car keys, barracks room key, identification card and wallet were later found in the armory room where she was working earlier in the day,” the Criminal Investigation Command said.

According to the criminal complaint obtained by Law&Crime, Guillen had been working in an arms room. She left for another arms room “at another location at Fort Hood, one controlled by Specialist (SPC) Aaron Robinson, in order to confirm serial numbers for weapons and equipment.” A witness said she left her U.S. Army ID card, bank card, “or car keys with her barracks key attached.”

In this story, the last outgoing message on Guillen’s phone was a message to Robinson:

SPC Robinson was one of the last people known to have seen PFC Guillen. On 04/22/2020, SPC Robinson stated he texted PFC Guillen to inform her he was in the arms room. He said she read serial numbers for equipment and afterward, he gave her paperwork and the serial number for a .50 caliber machine gun which needed to be serviced. He said she left the arms room and he believed she would have next gone to the motor pool. Witnesses at the motor pool prepared to receive the paperwork from PFC Guillen stated she did not arrive with the papers.

In an April 28 interview, Robinson allegedly claimed that he went home after work on the 22nd to the residence he shared with Aguilar, his girlfriend. He didn’t leave for the rest of the night, except to use a government computer to enroll in training, according to this account.

But authorities cited two witnesses who claimed to have seen Robinson pulling a large, wheeled “tough box” that seemed very heavy out of the arms room. On May 19, the specialist consented to federal authorities searching his phone, according to the criminal complaint. They found that he’d called his girlfriend multiple times on the night of April 22, and into the early morning of the 23rd—as late as 3:30 a.m.. Aguilar, in turn, had also called him.

In a June 19, interview, Aguilar allegedly told authorities she was with Robinson on the 22nd, and that her boyfriend had called her after midnight though they were both at home because she had lost her phone and needed help finding it. But authorities thought that was B.S.: it was inconsistent with the length of the calls, which lasted longer than one minute.

Authorities said they interviewed Aguilar again. Aguilar said she told a lie before, they said. Her new claim:

Her cell phone data showed that she and Robinson were together near the Leon River on April 23 and the 26th. Authorities said they searched the area, and found a burn site in which there was disturbed earth.

What appeared to be the burned remains of a plastic tote or tough box were found nearby in an area near where SPC Robinson’s phone pinged. The soil beneath the burn site was remarkably softer and moister than the soil found at similar depths merely feet away and had an odor of decomposition.

But there were no remains. That changed on June 30. According to the criminal complaint. contractors said they found what seemed to be human remains while working on a fence by the Leon River in Belton, Texas. Investigators checked it out: They said they found scattered human remains put in “a concrete-like substance and buried.”

"My sister is a human being and I want justice"

The family of missing US soldier Vanessa Guillen have demanded answers as a suspect in the case took his own lifehttps://t.co/ifwBF5oaNd pic.twitter.com/LSiLZPE5ER

Again, authorities said they interviewed Aguilar. She allegedly claimed Robinson told her that, on April 22, he fatally hit a female soldier in the head multiple times with a hammer in an arms room. In this account, Robinson said he put the victim in a box, and moved that box near the Leon River.

He allegedly recruited Aguilar to help dispose of the body.

“Aguilar, on a later date, identified the dead female as Vanessa Guillen,” the complaint states, though investigators have yet to formally identify the remains that were found.

The co-conspirators allegedly cut up the body, tried and failed to burn the victim, then burned the remains in three separate holes, which they covered. Robinson and Aguilar returned to the site later (possibly the 26th) in order to continue to break down the remains, burning them again and reburying them in concrete.

Things came to a head for Robinson this week. He allegedly fled Fort Hood on Tuesday night. Investigators said they got Aguilar to call him. During that call, Robinson “never denied anything they did to Vanessa Guillen and her body,” per authorities.

Police previously said that Robinson shot himself when confronted in Killeen, Texas. Back before Aguilar was publicly named as a suspect, authorities described her as the estranged wife of a former Fort Hood soldier.

Aguilar is charged with one count of conspiracy to tampering with evidence, according to the DOJ. Federal records do not name a defense lawyer as of Friday.