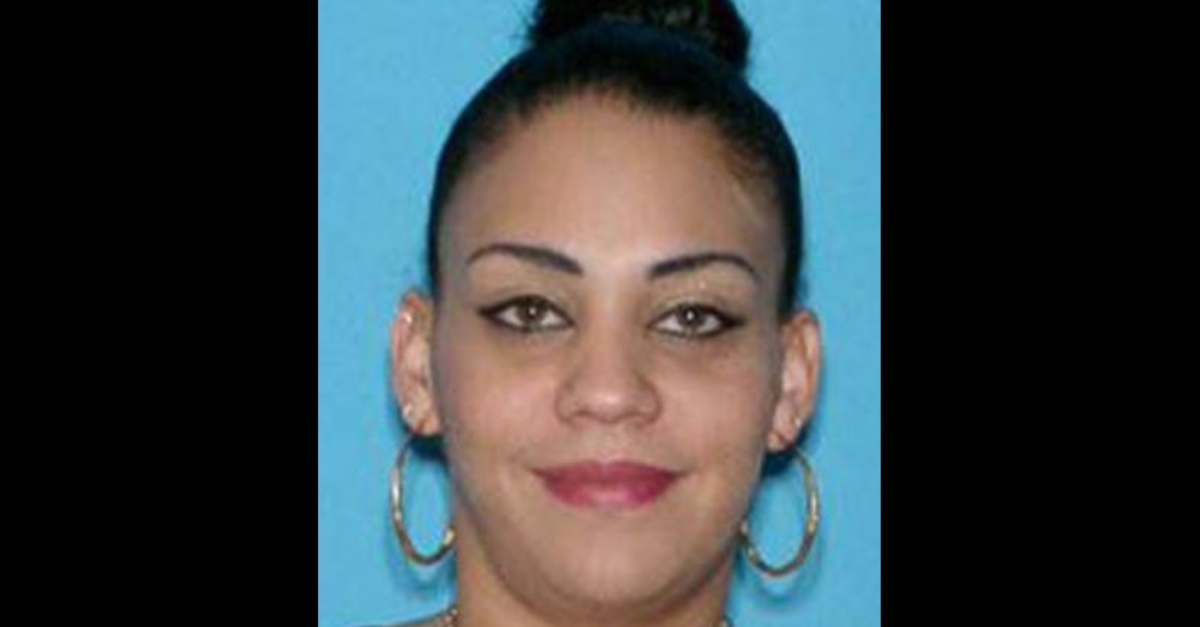 Florida woman Sugey Perez Diaz, 33, allegedly ran off with her 2-year-old son, terrorized the boy’s stepmother at gunpoint, and stole about $15,000 from the father’s apartment.

Diaz allegedly broke into an apartment on Tuesday where the father of her child lives. There, she allegedly confronted the boy’s stepmother at gunpoint.

“If you move I’ll kill you b—-,” she said, according to cops in a report from The Orlando Sentinel. Diaz abducted her 2-year-old biological son and escaped with an unidentified man, officers said. Diaz allegedly made off with about $15,000. The loot included a PlayStation 4, a laptop computer, and gold chains, police said.

Diaz had apparently been allowed in the boy’s life, but under restriction. According to cops, the stepmother said the defendant recently got monitored visitation rights to the child. The toddler’s biological father received full custody a year ago, officers said.

Diaz has been charged with armed burglary and aggravated battery. Authorities initiated and resolved an AMBER Alert in the case on Wednesday. Investigators said the boy is safe.

UPDATED: The Florida AMBER Alert for 2-year-old Jenzell Cintron Perez has been resolved. The child is safe. Thank you for sharing!

The defendant appeared in court on Thursday, where she was denied bond.

Sugey Perez Diaz saw a judge in Volusia Co. after police say she kidnapped her own son at gunpoint, sparking an Amber Alert. She is now charged with aggravated assault with a firearm and armed burglary of a dwelling. She was issued no bond for the burglary. @MyNews13 pic.twitter.com/wKKKApmsK1