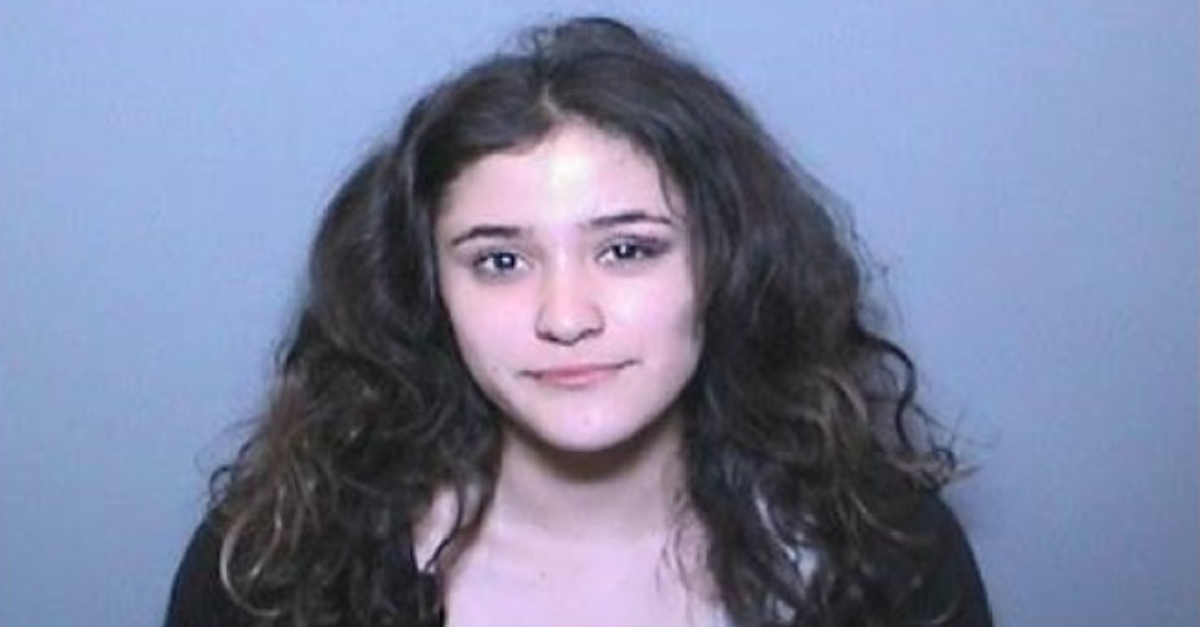 Jessica Aguilar, 23, was found guilty Wednesday of one count of misdemeanor battery for slapping a man’s face twice during an pro-Trump rally in 2017, according to the Orange County District Attorney’s Office in California. She was sentenced to 20 days in jail, as well as 10 days of work for Caltrans, the California Department of Transportation. The defendant is also set to serve three years of probation. All told, however, Her sentence would be vacated if she completes the Caltrans work.

“The Orange County District Attorney’s Office does not condone random acts of violence,” said Orange County District Attorney Todd Spitzer. “With political dissension on the rise across the country, it is important to remember that right to protest is afforded to everyone; no one has the right to commit an act of violence against someone because they don’t agree with their views. If someone chooses to commit violence, they will be prosecuted.”

Aguilar originally faced another count of battery for allegedly punching someone, and faced up to a year in jail. In the end, she was only convicted of the slapping-related charge. The case stemmed from a March 25, 2017 pro-Trump rally at Bolsa Chica State Beach, according to The Los Angeles Times. Some protesters clashed with counter-protesters. Authorities wanted to start four other cases on the matter, but prosecutors dropped those cases, saying that it wasn’t possible to prove who was legally responsible for starting the brawl.

The pro-Trump march involved 2,000 people, and 30 counter-protesters, according to CBS News.