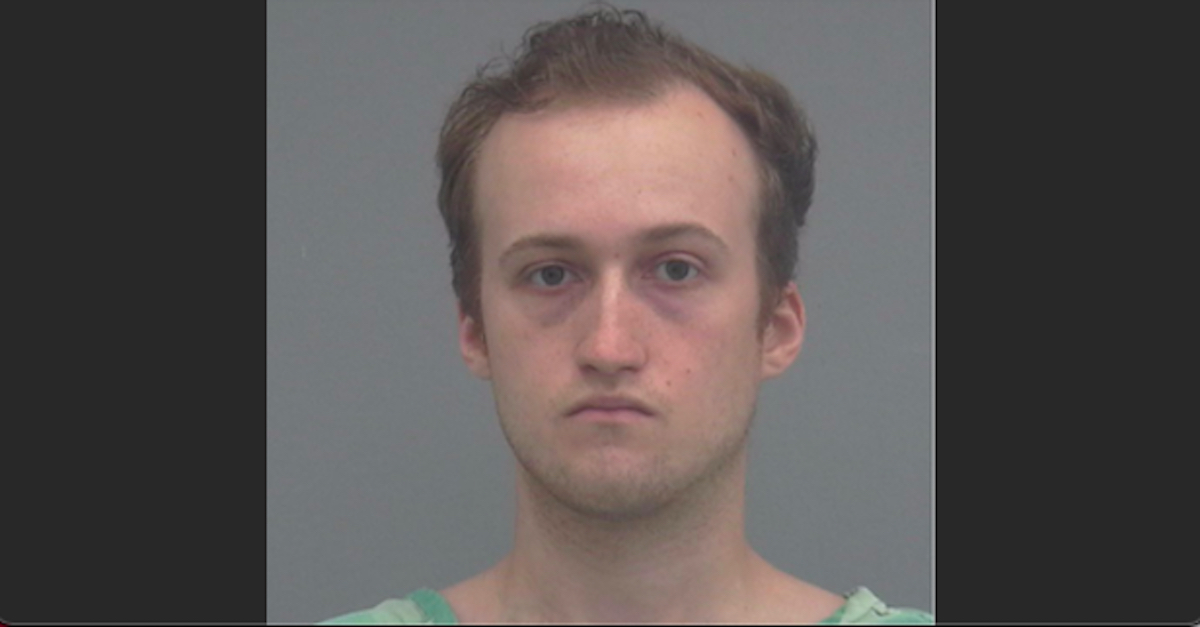 Kyle A. Rittenhouse courtesy of the Gainesville Police Department

On the same day that Kyle H. Rittenhouse, 18, was acquitted of murder and attempted murder charges in Kenosha, Wisconsin, in one of the most widely watched televised trials in recent memory, a 24-year-old Florida man was arrested on charges of possession of child pornography and solicitation of a minor. That man’s name was Kyle A. Rittenhouse, according to police in Gainesville.

The Gainesville Police Department announced the Kyle A. Rittenhouse arrest in a press release posted to Facebook just a few hours after the Kyle H. Rittenhouse acquittal was announced.

According to the release, the investigation began when the National Center for Missing and Exploited Children (NCMEC) contacted authorities in Gainesville with a Cyber Tip concerning a particular Snapchat account holder within their jurisdiction. The account’s user appeared to be uploading and sharing child sexual abuse material on the social networking app. A second Cyber Tip was reportedly also filed against the same account.

Based on the tips, detectives were able to gain lawful access to the account in question and view the files that were shared by the account, which authorities determined included child sexual abuse materials depicting “prepubescent children.” Police were also able to access the user’s chat history, which reportedly showed the suspect “soliciting nude images from minor girls and sending nude unsolicited nude images of himself” to minors.

Investigators learned that the account appeared to belong to Kyle A. Rittenhouse.

In a joint effort on Nov. 19, the Gainesville PD’s Internet Crimes Against Children (ICAC) Division and SWAT Division served a warrant on Kyle A. Rittenhouse’s residence located in the 500 block of NW 4th Street.

“Rittenhouse was interviewed by detectives on November 19, 2021 and acknowledged ownership of the Snapchat account in question, the possession and the sharing of child sexual abuse material through his account,” police said in the release. “Rittenhouse also admitted to sending images of his penis to young girls whom he presumed to be minors.”

Based on the evidence gathered through the investigation and from serving the warrants, GPD Det. Donna Montague took Rittenhouse into custody and charged him with a slew of felonies, including 10 counts of possession of child pornography and one count each of distribution of child pornography, solicitation of a minor, and transmission of harmful material to minors.

Also on Nov. 19, a 12-person jury in Wisconsin found 18-year-old Kyle H. Rittenhouse not guilty of murder, attempted murder, and all other charges in connection with the fatal shootings of Joseph Rosenbaum and Anthony Huber, and the wounding of Gaige Grosskreutz amid spiraling protests in Kenosha following the Aug. 2020 police shooting of Jacob Blake. Rittenhouse and his defense lawyers successfully made a self-defense case.

In the Kyle A. Rittenhouse case, Gainesville PD warned parents about the prevalence of child solicitation on social media apps.

“These social networking applications are also used to share images and videos which depict young children being sexually abused. Please be vigilant and aware of any social networking platforms your children may access,” the department said.

Parents with questions about the incident were urged to contact Det. Donna Montague at 352-393-7730 or [email protected] and find additional resources at the NCMEC website.