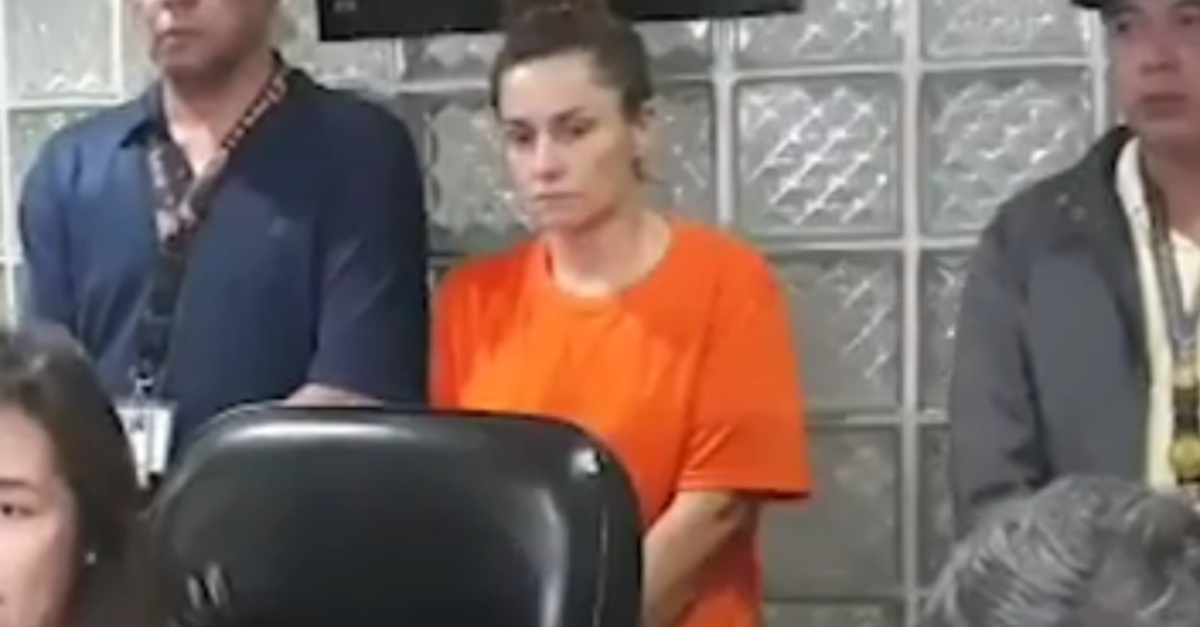 A 43-year-old Ohio woman who says she is a mother of five has been charged in the Philippines for allegedly trying to smuggle an unrelated 6-day-old boy on to an airplane. Officials announced case against Jennifer Talbot at a press conference on Thursday, according to NBC News.

Talbot faces life in prison if convicted of trafficking, kidnapping, and child exploitation. She does not have a lawyer in this matter.

Investigators say she tried to board a Delta Air Lines flight from Manila. The boy was in a carry-on bag, said the Philippines National Bureau of Investigation. Talbot got him through immigration, but was caught before getting on the plane, authorities said.

She lacked legitimate travel documents for him, and only had an unsigned affidavit attributed to the child’s biological mother, authorities said. The document allegedly gave Talbot permission to bring the infant to the United States.

Jennifer Erin Talbot was able to pass through the airport immigration counter on Wednesday without declaring the baby boy, but was intercepted at the boarding gate by airline personnel. https://t.co/1zX5BrluxE

Manuel Diamaano, the airport division chief for the National Bureau of Investigation, said Talbot had been intentionally trying to hide the boy inside a sling bag under her arm, instead of clearly across her chest. He described this as her being “unmindful of the inconvenient condition and difficult situation of the baby.”

The boy’s parents, including mother Maricris Dulap, 19, were also charged in the case, but not arrested. Authorities say she and Talbot gave conflicting accounts on how they knew each other. Talbot said Dulap was friends with her brother’s ex-girlfriend, according to NBC. Dulap allegedly said they met online.