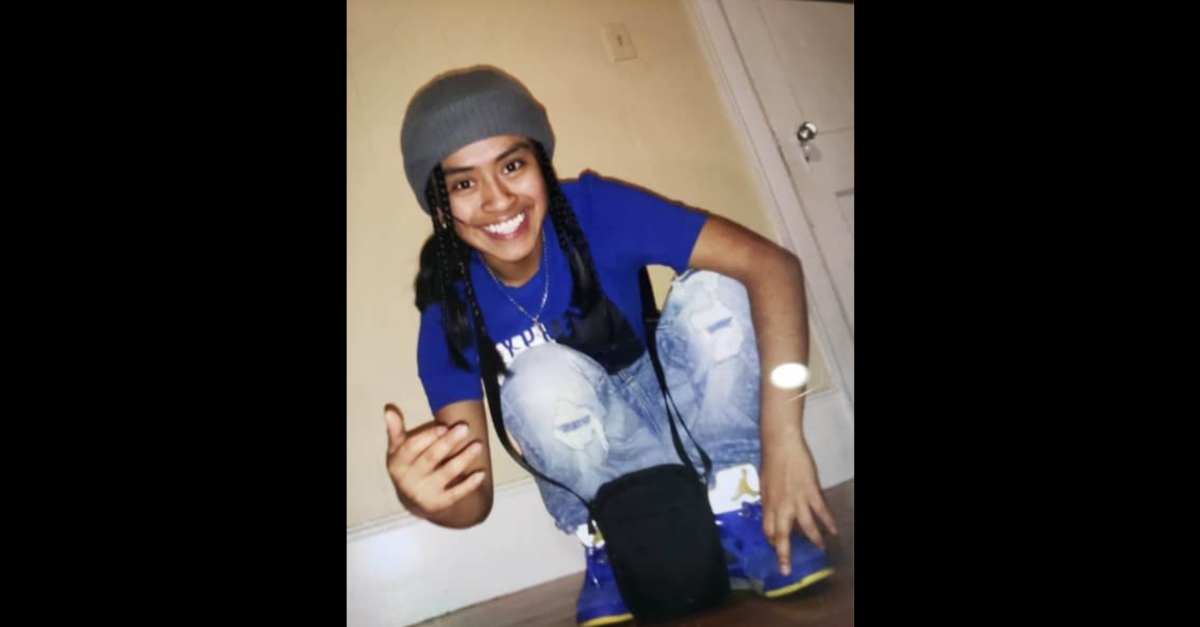 The three defendants in a capital murder case out of Alabama got smoothies from McDonald’s after dumping the victim in a river, a detective testified in a preliminary hearing on Tuesday, according to The Montgomery Advertiser. The killing of Lesley Luna Pantaleon, 17, was so bad that the medical examiner could not determine what precisely ended her life.

Law&Crime is naming the 16-year-old defendants Ta’Niya Merriweather, Erin Taylor, and Tyeshia Whisenant because they are being charged as adults.

The incident allegedly stemmed from Taylor’s cousin purportedly taking a gun from Pantaleon. According to the story conveyed by Montgomery police Detective Ashley Brown, the victim “put out a hit” on Whisenant’s address (not Taylor or her cousin).

Things progressed to Pantaleon and Whisenant getting into a fight at the residence. They, the other two defendants, and a publicly unidentified juvenile boy, drove off in a vehicle. Whisenant and the boy allegedly fought Pantaleon in the backseat. Taylor, who was the driver, pulled over; the victim was beaten with a metal pole and stabbed, according to cops.

The girls allegedly asserted that the boy had a pocket knife at the time. If he is being charged, it would be as a juvenile; whether he faces a criminal case or not is unclear  because, as a juvenile, such records would be sealed.

The four teenagers allegedly drove off, returned to Whisenant’s residence, woke up another girl, and said that they’d bring her to see Pantaleon’s body. But when they returned to the scene, they saw that the victim’s feet were moving. Whisenant allegedly maintained that Pantaleon “needed to be taken care of.”

Whisenant and the boy “take her on a long, bumpy road for a couple of minutes, get to a creek and river area, then they threw her in the river,” Brown said. “The pole was also thrown in the river. According to Tyeshia, it appeared the victim was trying to swim.”

Defendants are charged with capital murder with the underlying count of a robbery. Whisenant’s attorney Ben Schoettker maintained that this was not a robbery, and there was no evidence the defendants “killed this person to get a car and a cellphone.”

“They killed this person because of a dispute, and it got out of hand. No one wanted her car or her cellphone,” the attorney said. In other words, the defense is asserting that this is not capital murder because there was no underlying robbery.

Prosecutor Scott Green said that Taylor continued to use the phone after the incident, though the reasons why may be in dispute.

“They tortured her in the back of the car to get the passcode to unlock that phone,” Green said. “They took that car.”