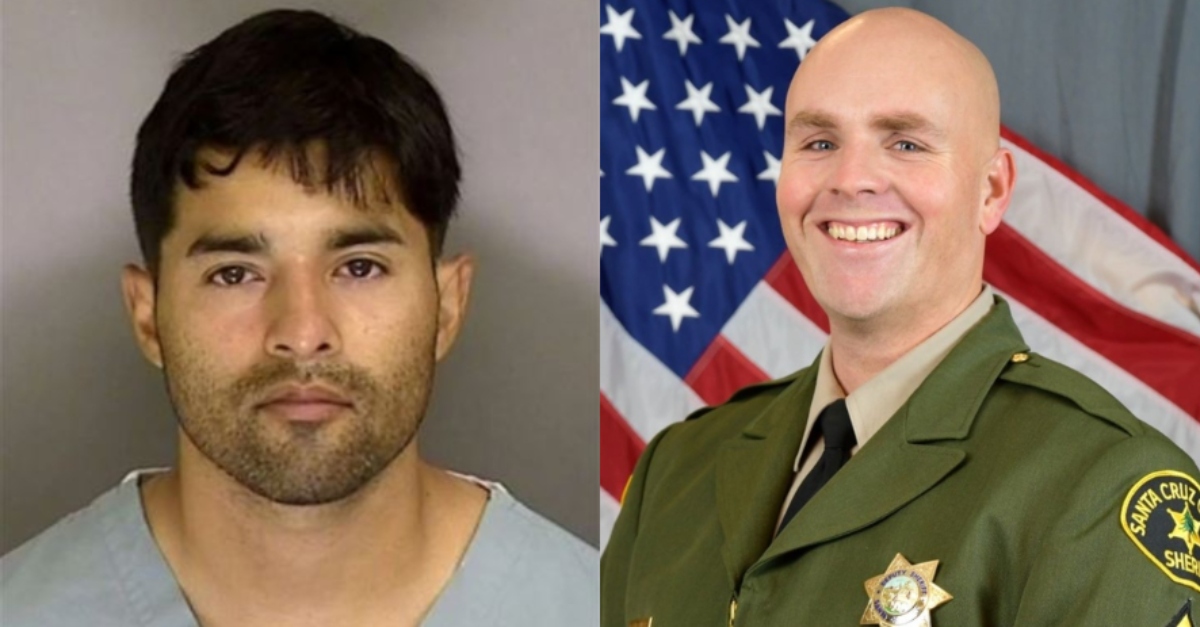 What precisely led to Air Force Sergeant Steven Carrillo to allegedly ambush law enforcement officers in Santa Cruz County, California? The defendant was formally charged on Thursday, including for the alleged murder of Sheriff’s Sergeant Damon Gutzwiller. Reports indicate the defendant has criticized police, and also, in a literally bloody manner, articulated the far-right “boogaloo” meme.

Officials said the incident began on Saturday. According to deputies, they got a call about a suspicious, parked van: the caller claimed to see guns and “bomb making materials” inside. Deputies pursued the vehicle to a Ben Lomond home, where Carrillo ambushed them using firearms and explosive devices. Officials were able to track down the defendant after he tried to flee by carjacking a vehicle.

If all is that is true and Carrillo is responsible, then what was going through his head? The defendant’s Facebook account showed what NBC News described as “support for a libertarian presidential candidate, anti-police sentiment and pro-gun causes. His profile picture showed George Washington and other American presidents holding modern weapons and tactical gear.”

“Who needs antifa to start riots when you have the police to do it for you,” he wrote last Friday, according to The San Francisco Chronicle. He had shared a post about cops firing tear gas at protesters in Richmond, Virginia.

The account has been deleted by the social media company.

The defendant allegedly wrote “boog” and “I became unreasonable” in blood on the hood of a car before his arrest, according to NBC. “Boog” is short for “boogaloo”: a slang linked to far-right groups, usually militias and white supremacists fantasizing about a new civil war. “I became unresonable” is an apparent reference to a quote from Marvin Heemeyer, a man who rampaged by bulldozing 13 buildings in Granby, Colorado in 2004 after he got into a dispute with town officials over zoning rules and violations in his muffler-repair business. He died by suicide.

“I was always willing to be reasonable until I had to be unreasonable,” he wrote in notes discovered by deputies in his case, according to The Associated Press. “Sometimes reasonable men must do unreasonable things.”

Santa Cruz Sheriff Jim Hart described Carrillo as anything but reasonable, calling him “a dangerous man intent on bringing harm to police officers,” according to CBS San Francisco. Reports indicate that Carrillo is also being investigated in the May 29 killing of Federal Protective Services Officer Dave Patrick Underwood, who was fatally shot at a Federal Building in Oakland.