8-Year-Old Died of Dehydration After Couple Forced Her to Jump on Trampoline in Sweltering Texas Heat: Cops 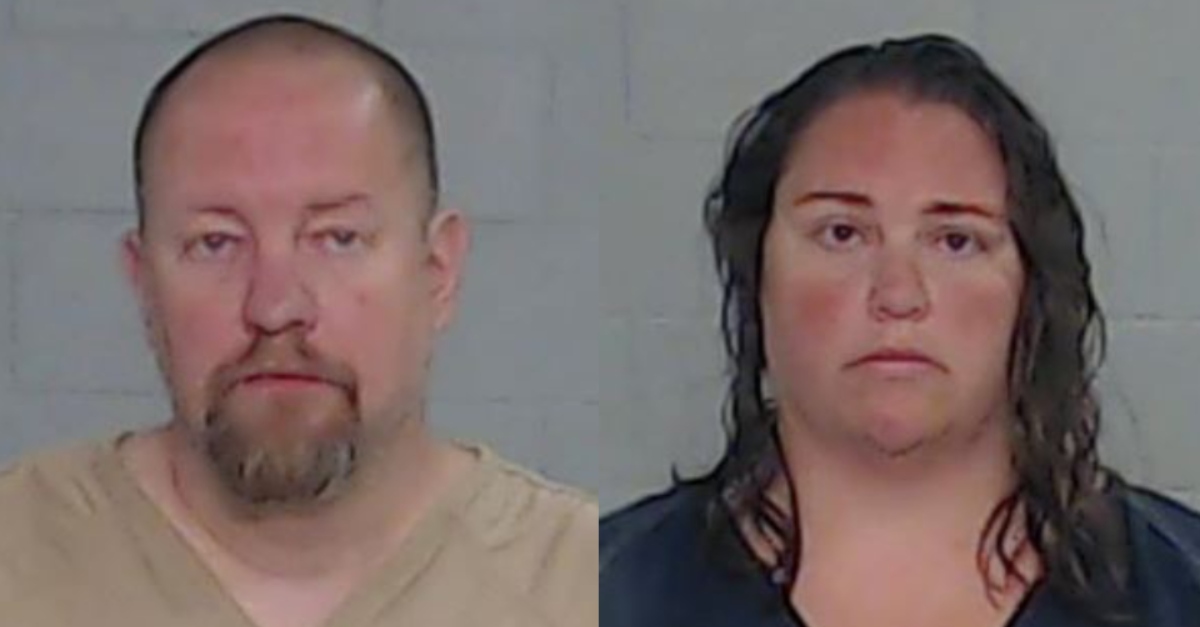 A couple in Odessa, Texas is accused in the horrific death of an 8-year-old girl. The girl died after Daniel Schwarz, 44, and Ashley Schwarz, 34, forced her to jump on a trampoline in extreme temperatures, say police.

Investigators say they responded to a home on August 29 regarding a medical call, and they found the 8-year-old girl. She was pronounced dead at the scene. Police said they learned the child had been punished. She was not allowed to have breakfast, and she was forced to jump on the trampoline without stopping.

“Further investigation revealed that the 8-year-old child was not allowed to drink any water because she was not jumping,” they said.

Police said they got the autopsy results on October 8. This showed that the child died of dehydration, and that this was a homicide case.

Records show that outdoor temperatures in Odessa reached a high of 100 degrees on August 29.

Cops did not identify the child, but she was named in online reports as Jaylin. Her relatives told CBS7 that the defendants were not her parents, but her “guardians.” The Schwarzes, who also had custody of Jaylin’s sister, were in a custody fight with the girl’s biological mother, according to court records obtained by The Dallas Morning News.

The defendants are now charged with capital murder. It is unclear if they have attorneys at this time. Records show they are being held in lieu of a $500,000 bond each.