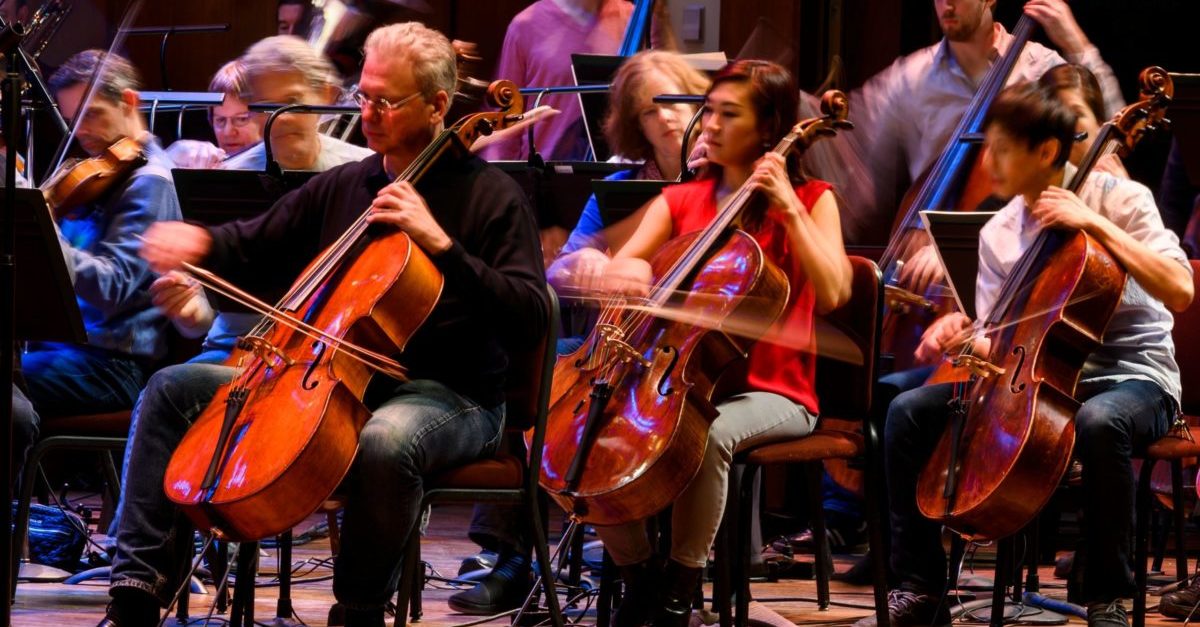 The National Symphony Orchestra is seen rehearsing on December 13, 2018.

In a Tuesday letter, musicians affiliated with the National Symphony Orchestra at the Kennedy Center took legal umbrage with the Center’s decision to stop paying musicians their salaries after this week under the guise of “exigent circumstances.”  The letter, written by attorneys for the District of Columbia Federation of Musicians Local 161-710, accuses the Kennedy Center of “unilaterally” “suspend[ing]” the musicians’ “entire collective bargaining agreement,” a decision the union attorneys called “baseless.”  The union letter also said the Center “most assuredly is not” suffering financial problems after a $25 million grant from Congress as part of a recent COVID-19 federal stimulus program.

READ the letter in the embed below

Rep. Bryan Steil (R-Wis.) is introducing legislation to claw back the $25 million grant. Steil told the New York Post that the deal to allow the Center to “jump the line in front of everybody else” was “wrong.” He called the layoffs of 700 Kennedy Center staffers “appalling.”  He noted that the Center should not be getting a “sweetheart deal” as doctors in his Wisconsin district struggled to secure basic protective masks.

The Kennedy Center lobbied Congress for the $25 million handout as part of the federal COVID-19 stimulus bills but told its musicians their jobs would not be saved by the money. Congress failed to demur and acquiesced to the earmark.  (We now know the answer to Don McLean’s question. Can music save your mortal soul? Congress must think so.) The letter by the union attorneys also noted that the federal grant “was, by its terms, to be used for operating expenses including employee compensation.”

“We are really grateful for this $25 million, but I will tell you that it does not keep us whole . . . this $25 million does not allow us to maintain our current structure,” Kennedy Center President Deborah Rutter said on a call to her employees (as reported by the Post).

The letter from the musician union attorneys says the matter is covered under a collective bargaining agreement:

Sections 2.8, 2.9, and 2.10 of the CBA require the Center to pay weekly scale and seniority to each musician in the Orchestra. If the Center believes that its “finances at any time hereafter do not justify the full performance of the Agreement for the full period thereof,” Section 9.10 of the CBA specifically permits the Center to terminate all of its obligations under the CBA, so long as the Center provides at least six weeks’ notice to each member of the Orchestra.

The letter went on to say that the six-week notice has not yet been provided and noted that the union has the right to an independent audit. “[T]he Center has no basis for failing to honor its contractual obligation to continue to pay musicians,” it said, citing a string of arbitration decisions and the National Labor Relations Act (NLRA)  to support the argument.

The NLRA “makes it [a] violation of federal labor law for an employer to make unilateral modifications to a collective bargaining agreement during its term,” the letter added.  The National Labor Relations Board “has held that neither a claim of economic necessity, hardship, nor infeasibility, even if proven, is a valid affirmative defense to unilateral modifications to an existing collective-bargaining agreement.”

The letter concluded by accusing the Center of trying to avoid the arbitration process contained in the musicians’ collective bargaining agreement by instead funneling the dispute toward a more costly channel of resolution. The union attorneys said the union would enter the arbitration contemplated in the agreement, which it said would “be “final and binding” on both parties, regardless of whether the Center elects to participate in this process.”

Law&Crime has reviewed an IRS Form 990 tax document submitted by the Kennedy Center for the 2017 tax year. Such documents are public and are required of all nonprofits. It lists a total revenue of more than $319 million. The organization spent $279.6 million that year for a revenue less expenses of $39,506,038. Of that revenue, contributions and grants ($145.4 million) and investments (just less than $12.6 million) together bring in more than programs and services ($151.6 million), the document states.

Letter Re NSO Musician Grievance by Law&Crime on Scribd