Teacher Wished Death on Teens Playing at a Park During Pandemic: ‘You’re the Idiot Doing the Wrong Thing’ 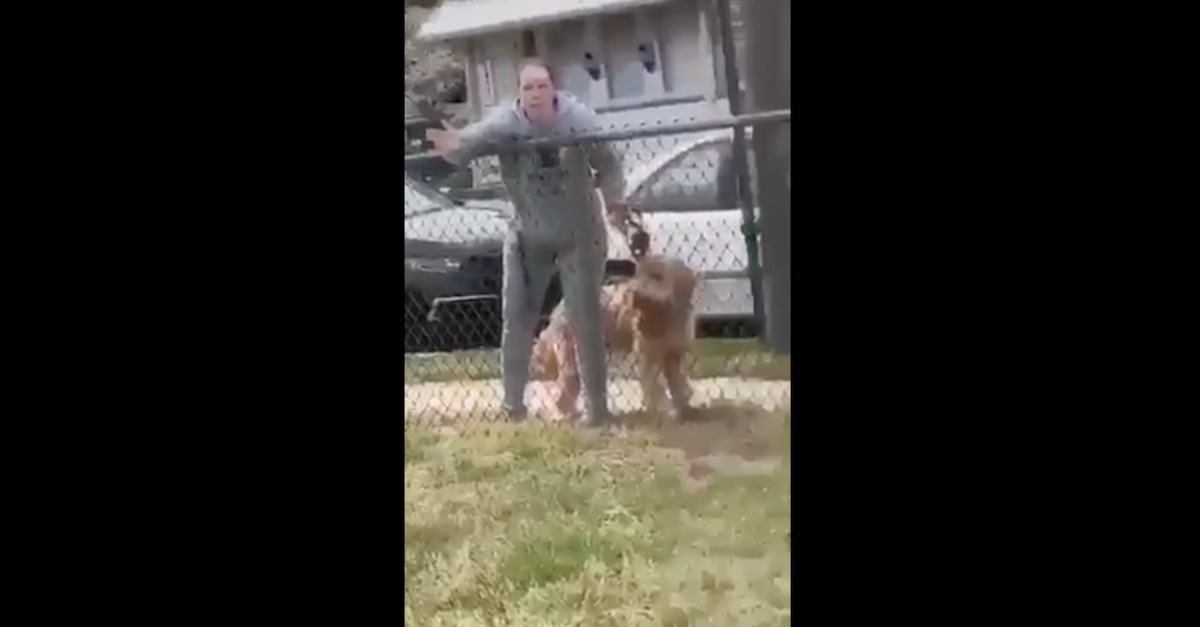 A woman identified as a high school teacher in Hamilton Township, New Jersey wished death on teens who were playing football at a park amid the coronavirus pandemic.

The maskless Steinert High School teacher, identified by the Trentonian as Nicole Griggs, was apparently out for a walk with her dog when she spotted some teens at the park on Thursday.

The teacher encouraged the teens to record her before she wished illness and death upon them.

“Parks closed. The whole area. Get it through your thick head. You are the reason we are in this situation. You are the problem, not the solution. Go ahead keep recording. Who are you going to show it to? Post me on social media,” she yelled. “You’re the idiot doing the wrong thing. I’m just trying to save your ass and save your life. But die, okay. I hope both of you get the coronavirus. I hope you both die a long, painful death.”

It was not long before the video ended up on TikTok and in the news.

The Trentonian said it received confirmation from multiple sources that this was Griggs. Remarkably, the news outlet also linked a Facebook account to her that showed the teacher openly telling people she wished illness on others weeks earlier. The April 6 post said as follows:

We are surrounded by idiots!!!!!! Rode our bikes near Kuser Park this afternoon and what to [sic] we see but a younger couple with their daughter maybe 2/3 years old UNDOING the caution tape around the jungle gym so she could slide. I totally called them out on it, wished illness on them and commented that it was scary to even think they were parents. Their response: “We’re going to put it back.”

Griggs has reportedly been teaching in Hamilton Township for 15 years.

An unidentified student who was at the park with his friends admitted that they shouldn’t have been there. He also said the teacher shouldn’t have said what she did.

“When she said that, I was shocked. I didn’t know someone would say something like that, especially a teacher. She should be smarter with her words,” the student said.

At one point, a police officer did show up at the park and told the teens to leave.

Superintendent Scott Rocco said on Saturday that “we will address the issue immediately.”