‘I Don’t Like to Price Gouge’: 2 Men Charged with Fraudulently Offering to Resell More Than a Million Pieces of PPE 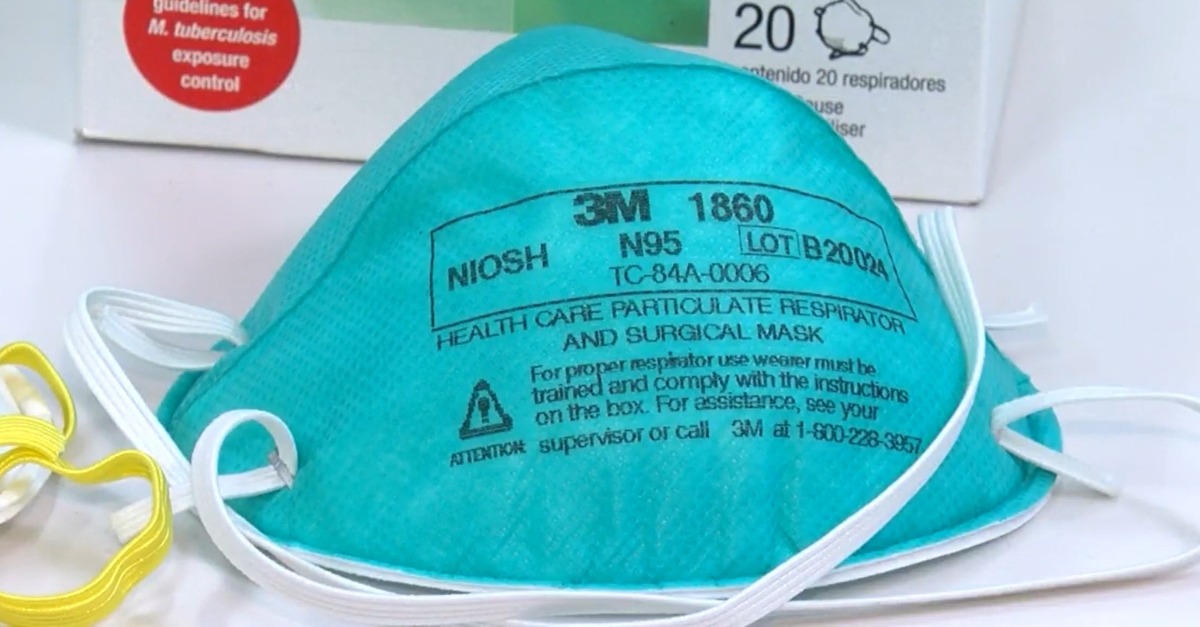 Two men have been accused of lying about having the authorization to sell a load of personal protective equipment (namely masks) at a markup. Donald Allen and Manuel Revolorio are charged with wire fraud, according to The Department of Justice.

Authorities said that they tried to scam a target–identified in court documents as “Investor-2”–out of $4,838,000.

“The alleged behavior here is nothing short of a betrayal of fellow citizens – both those serving on the front lines, and the communities who need those essential workers able to safely serve,” stated FBI Assistant Director-in-Charge William F. Sweeney. “At this critical time, Allen and Revolorio allegedly deceived potential investors and purchasers into thinking they were running a legitimate business with resell rights to more than three million of these highly sought-after items. The FBI will continuously work to identify and hold accountable any company, individual, or entity whose intention it is to unlawfully take advantage of the current pandemic.”

Investigators said it popped up on their radar after being contacted by a potential investor identified as “Investor-1.” This person claimed to have received a possibly fraudulent claim from a person identified as “Co-Conspirator-1,” according to the criminal complaint.

Apparently, this informer said that Co-Conspirator-1 had sent “numerous fraudulent investment proposals in the past.” In this case, the proposal was for a “safe” investment involving the sale of 40 million N95 Masks.

According to the official account, the thing with the Europeans fell through, but Co-Conspirator 2 introduced Investor-2 to Allen by phone. Allen allegedly detailed a business plan in which he did “spot buys” of masks and sold them at a higher price. He allegedly maintained that he didn’t want to take the cost too high for consumers.

“Here’s the deal, I’m not – I don’t like to price gouge,” Allen allegedly said. “I had some guys coming to me and they’re saying, well, you do the billing, we’ll do this, and then we’ll sell them at $6.10 and I said, ‘get off my phone.’ Because who’s the FBI going to knock on their door – not theirs, mine.”

The defendants allegedly purported to have access to way more masks than they actually did. From the complaint:

Based on the appearance of the boxes and the representations made by the defendants DONALD ALLEN and MANUEL REVOLORIO, the UC believed that the boxes UC observed in and immediately outside the Office were filled with face masks. As described further below, most of the boxes, including those which were sealed and/or shrink wrapped (and in some instances, were marked with “3M” labels), were actually empty. Based on my training and experience, I believe that ALLEN and REVOLORIO staged the boxes and the conversation summarized above for the specific purpose of creating the false impression that all of the boxes at the Office were filled with face masks and that they possessed more than 40,000 face masks, when, in fact, they only had a few thousand face masks.

It’s unclear if the pair has attorneys in this matter. They were scheduled for a court appearance at a Los Angeles federal court Monday afternoon.