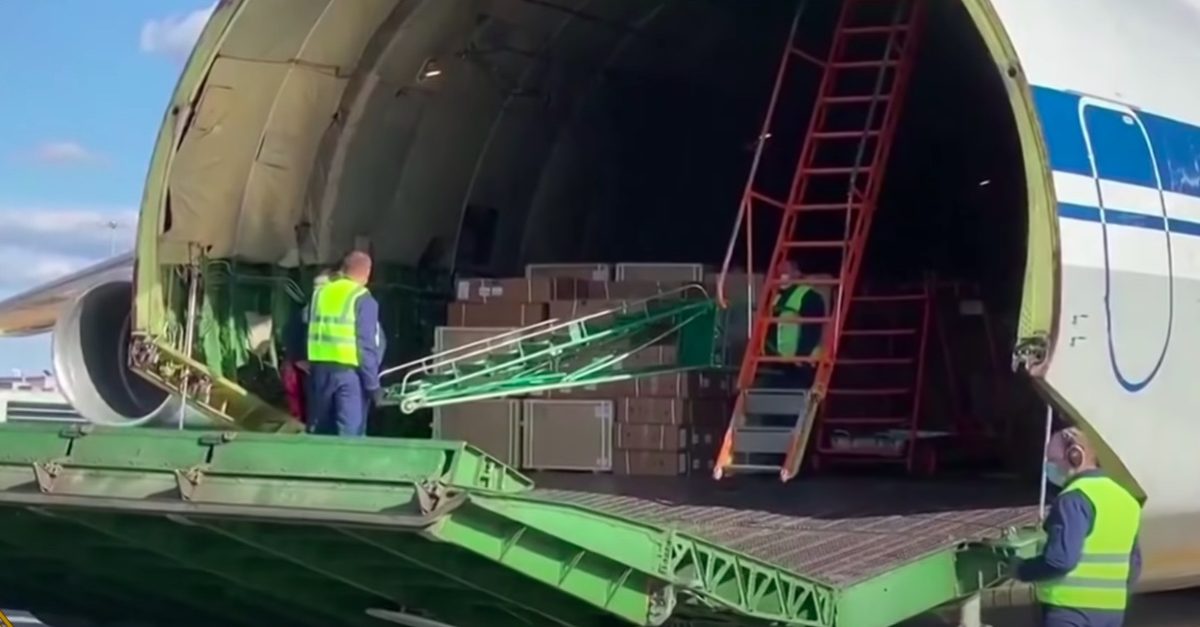 Despite reassurances from the federal government that they’ve worked to properly supply medical institutions with life-saving personal protective equipment (PPE), hospital administrators across the country have been forced to take extraordinary measures to avoid having their PPE purchases seized by federal agents for re-distribution.

In Illinois, Gov J.B Pritzker (D) reportedly arranged for secret private charter jet to import millions of masks and gloves from China in order to avoid the administration’s efforts to confiscate desperately needed PPE, the Chicago Sun-Times reported. The invoices, which totaled $888,275, were listed as “aircraft charter flight to Shanghai, China for COVID-19 response.”

According to the report, a source with direct knowledge of Pritzker’s purchase said the order was kept under wraps because the administration “heard reports of Trump trying to take PPE in China and when it gets to the United States.”

“The supply chain has been likened to the Wild West, and once you have purchased supplies, ensuring they get to the state is another herculean feat,” Pritzker press secretary Jordan Abudayyeh told the Sun-Times. “These flights are carrying millions of masks and gloves our workers need. They’re scheduled to land in Illinois in the coming weeks and the state is working to ensure these much-needed supplies are protected and ready for distribution around the state.”

The federal government last month seized 3 million masks ordered by the state of Massachusetts, with similar reports popping up around the nation.

“Around the time that we had our 3 million masks that we had ordered through BJs confiscated in the port of New York, at that point it became pretty clear to us that using what I would describe as sort of a ‘traditional approach to this’ wasn’t going to work,” Gov. Charlie Baker (R) said earlier in April.

In a letter posted Friday to the New England Journal of Medicine, Dr. Andrew Artenstein, the chief physician executive of Baystate Health in Massachusetts, wrote about the measures his hospital took to ensure their shipment of PPE.

After paying five-times the normal price for a shipment of KN95 respirator masks from China, he and four others met a dealer at a small airport “in the mid-Atlantic region,” where they executed their plan.

“Two semi-trailer trucks, cleverly marked as food-service vehicles, met us at the warehouse. When fully loaded, the trucks would take two distinct routes back to Massachusetts to minimize the chances that their contents would be detained or redirected,” Artenstein wrote:

Hours before our planned departure, we were told to expect only a quarter of our original order. We went anyway, since we desperately needed any supplies we could get. Upon arrival, we were jubilant to see pallets of KN95 respirators and face masks being unloaded. We opened several boxes, examined their contents, and hoped that this random sample would be representative of the entire shipment. Before we could send the funds by wire transfer, two Federal Bureau of Investigation agents arrived, showed their badges, and started questioning me. No, this shipment was not headed for resale or the black market. The agents checked my credentials, and I tried to convince them that the shipment of PPE was bound for hospitals. After receiving my assurances and hearing about our health system’s urgent needs, the agents let the boxes of equipment be released and loaded into the trucks. But I was soon shocked to learn that the Department of Homeland Security was still considering redirecting our PPE. Only some quick calls leading to intervention by our congressional representative prevented its seizure. I remained nervous and worried on the long drive back, feelings that did not abate until midnight, when I received the call that the PPE shipment was secured at our warehouse.

When contacted about Artenstein’s story by BuzzFeed News, the FBI provided a statement saying that the agency has been investigating PPE hoarding and illegal PPE sales as part of an executive order signed by President Donald Trump.

“While the FBI does not confirm or deny the existence of investigations, we want to assure the public the FBI remains committed to ensuring national security and pursuing violations of federal law, and vigilant in deterring, detecting, and investigating wrongdoing related to the COVID-19 pandemic,” the statement said.