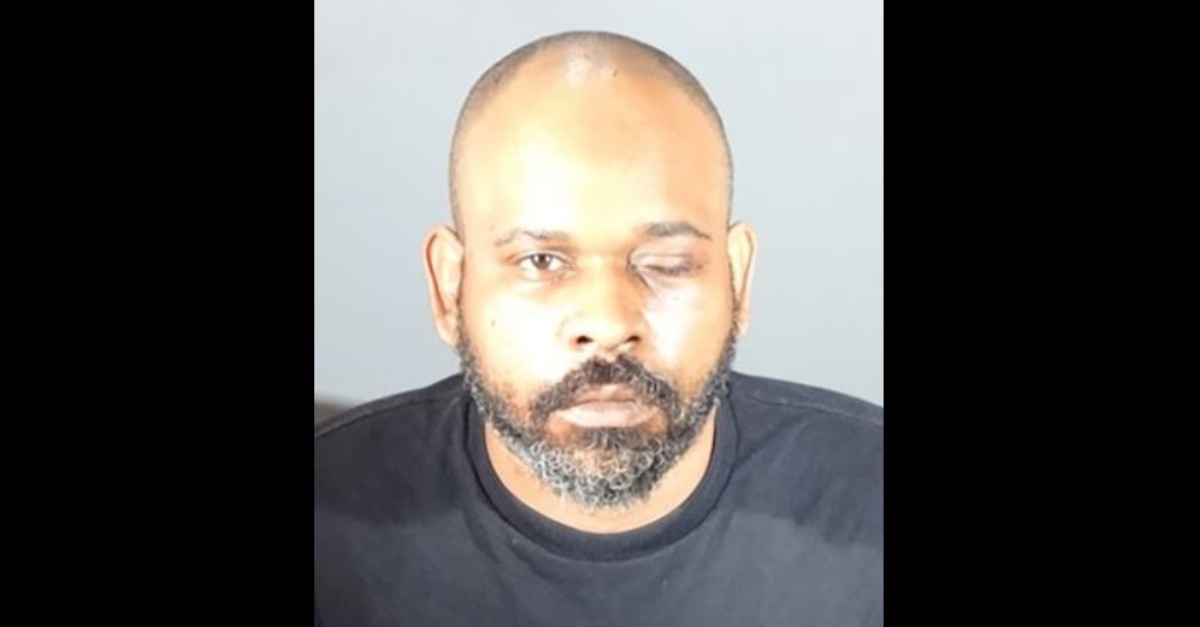 A security guard in Gardena, California is accused of shooting and killing a man who entered a market without a face mask. Umeir Corniche Hawkins, 38, isn’t the only one facing criminal charges. Hawkins’s wife Sabrina Carter, 50, allegedly had a gun even though she’s a convicted felon, said the Los Angeles District Attorney’s Office in a statement obtained by Law&Crime.

The incident happened July 5, officials said. Victim Jerry Lewis, 50, “reportedly entered the market without a mask and got into an argument with Hawkins,” prosecutors said. He left the store, but returned and fought with the guard. Things escalated in tragic fashion. Hawkins “fatally shot the victim as he walked away,” authorities said.

The Gardena Police Department described Hawkins as an employee of the store:

During the physical fight, Carter who was waiting in the parking lot for Hawkins to get off work, armed herself with a handgun and intervened by pointing the gun at Lewis and other customers causing the fight to end. While Lewis walked away from the store towards his vehicle, Hawkins produced a second firearm and shot Lewis as he was walking away.

Hawkins is charged with murder. He and his wife are both charged with a count of possession of a handgun by a felon. Hawkins and Carter were convicted in 2013 of assault by means of force likely to produce great bodily injury, prosecutors said.

The defendants are scheduled for a court appearance to take place Friday.

Umeir Hawkins is being held on $1 million bail, and he faces a possible maximum sentence of 50 years to life in state prison. Bail was set at $35,000 for his wife Sabrina Carter, who faces three years in prison if convicted as charged. https://t.co/vZqlKPImmU

Lewis was a rapper known as “Madd Head,” whose song “Pimp’n Ain’t Ez,” appeared on the soundtrack for the 1996 feature film Beavis and Butthead Do America, according to CBSLA.

“It shouldn’t happen this way,” his daughter Jerica Hill told the outlet. “My dad is not that type of person. He has a good heart.”