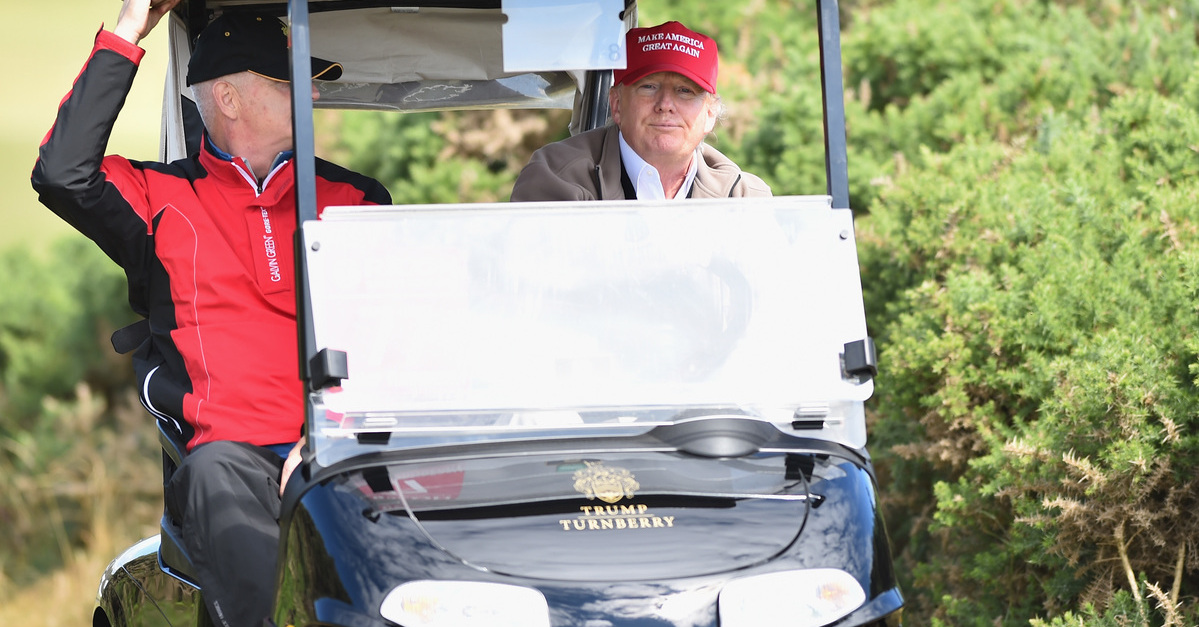 As full-blown economic meltdown spiraled into a worse economic crisis than the Great Depression of 1929, the Congress and the White House issued most 2018 and 2019 tax-filers a one-time, means-tested $1,200 check. While many Americans may have to wait many weeks for those checks to come in, the Secret Service only had to wait a couple of days to secure $45,000 in funds for golf cart rentals.

Many of the checks to Americans will actually come in the form of helicopter-dropped liquidity disbursements by way of the automated clearinghouse (ACH) payment system: direct deposits. But that’s only for tax-filers whose direct deposit information is on filed with the Internal Revenue Service (IRS). Many millions more will rely upon multi-colored Treasury Department checks.

And those checks, for some Americans, could take up to 20 weeks to be even mailed in the first place.

According to a memo authored by the House Ways and Means Committee, the IRS anticipates mailing the first batch of physical checks the week of May 4–over a month from now.

Those checks are also believed to be keyed toward income: lowest-income individuals will receive their checks first and the mailings will slowly climb up the income ladder based on information gleaned from 2018 and 2019 tax returns. The IRS expects that it has the printing capacity and labor to mail some 5 million checks per week.

Yet there could be additional added delays. According to that same document, the IRS believes there are between 90-110 million individuals who still need to provide some form of information to the government in order to receive their payments.

A report on this memo by The Hill explains:

This group includes people who have filed tax returns in recent years but have not given the IRS their direct-deposit information, as well as nonfilers who may need to file a “simple” tax return if they want to promptly receive their rebates. The document states that the IRS expects to have a portal in place by the end of April or beginning of May that allows taxpayers to submit their direct-deposit information and check on the status of their payment….

The IRS has said that nonfilers, outside of Social Security beneficiaries, will need to file “simple” tax returns to receive their payments. The Ways and Means Committee memo said that the IRS expects to release the simple tax return “soon,” and that it will require information such as taxpayers’ names, Social Security number, dependents and direct-deposit information.

Those with direct deposit and the requisite tax forms on file should expect their helicopter money as soon as April 13 or in roughly three weeks thereafter. The administration of George W. Bush twice did something similar–without means-testing and much quicker.

Interestingly, there was a sense of urgency when it comes to golf carts and the rental thereof.

According to the Washington Post, the U.S. Secret Service signed an “emergency order” contract for $45,000 to rent an entire fleet of golf carts at one of President Donald Trump‘s myriad golf clubs.

The request was described as “urgent” and the proof is in the pudding. The ask came on Monday. And by Wednesday, the funds were approved–the contract both signed and in effect. Those 30 small vehicles are set to be in service until the end of this September.

Provided by Capitol Golf Cars and Utility Vehicles, the golf carts are said to be necessary to service an unnamed foreign “dignitary.”

Secret Service spokesperson Cathy Milhoan said the use of the word “emergency” didn’t actually denote an emergency in the generally understood sense of the term: “Rather, the term was used to signal a need for expedited handling of the procurement due to deadlines within the agency’s business processes.”