One State Is Requiring Its Students to Get Flu Vaccine by End of Year — and, Yes, It’s Legal 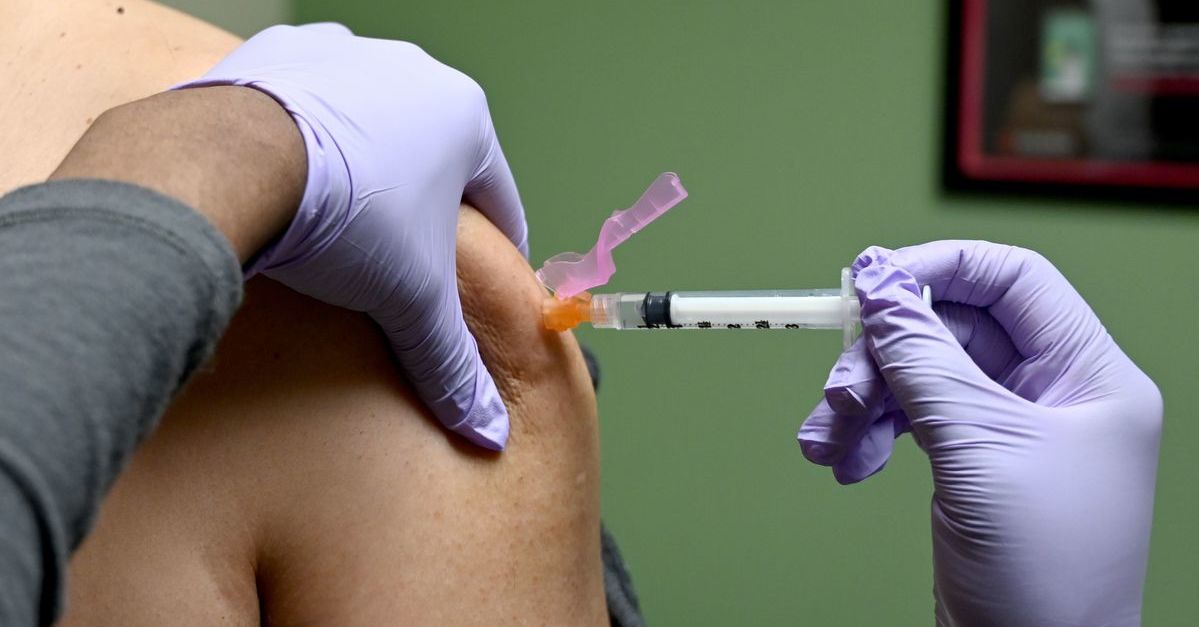 Massachusetts will mandate that all students obtain the flu vaccine by the end of 2020 in order to attend classes next year. This is a valid and constitutional use of the Bay State’s police power.

According to a Wednesday announcement from the Massachusetts Department of Public Health, “all children 6 months of age or older who are attending Massachusetts child care, pre-school, kindergarten, K-12, and colleges and universities” will be required to obtain influenza immunizations by December 31, 2020 “unless either a medical or religious exemption is provided.”

The only exceptions are for students who are homeschooled, certain higher education  students “who exclusively attend classes online and never visit campus in person,” and those with either valid medical or religious objections.

“Every year, thousands of people of all ages are affected by influenza, leading to many hospitalizations and deaths,” the Department of Public Health’s Bureau of Infectious Disease and Laboratory Sciences Medical Director Dr. Larry Madoff said. “It is more important now than ever to get a flu vaccine because flu symptoms are very similar to those of COVID-19 and preventing the flu will save lives and preserve healthcare resources.”

The announcement set off a predictable wave of condemnation on social media from people who criticized the order using colorful language. Some characterized the public health initiative as an attempt to exert control and/or questioned its legality. While such responses are more or less perennial and largely beyond the realm of this explainer, in legal terms, the order is on sure footing.

In 1905, the U.S. Supreme Court upheld a mandatory smallpox vaccination law in the landmark case stylized as Jacobson v. Massachusetts. Under the law in question, those who ran afoul of the requirement were subject to fines and potential imprisonment. The petitioner objected to the law under the 14th Amendment and the nation’s high court issued a 7-2 majority opinion in favor of the state and it’s public health mandate.

Justice John Marshall Harlan noted that “the liberty secured by the Constitution of the United States to every person within its jurisdiction does not import an absolute right in each person to be, at all times and in all circumstances, wholly freed from restraint.”

More from that opinion, at length:

The authority of the state to enact this statute is to be referred to what is commonly called the police power,—a power which the state did not surrender when becoming a member of the Union under the Constitution. Although this court has refrained from any attempt to define the limits of that power, yet it has distinctly recognized the authority of a state to enact quarantine laws and ‘health laws of every description;’ indeed, all laws that relate to matters completely within its territory and which do not by their necessary operation affect the people of other states. According to settled principles, the police power of a state must be held to embrace, at least, such reasonable regulations established directly by legislative enactment as will protect the public health and the public safety.

Here, the analogous situation would be that any student who refuses to be vaccinated–whether out of their own desire or because their parents forbid getting such a shot in the arm–would simply not be allowed to attend “child care, pre-school, kindergarten, K-12” or college in Massachusetts for the 2021-2022 school year.

Notably, the Supreme Court also said that governments must be reasonable with mandatory public health laws and not act “in such an arbitrary and oppressive manner as to justify the interference of the courts to prevent wrong and oppression.”

The existence of the above-mentioned exemptions for students solely using distance education, denominations opposed to injections and for students with genuine medical issues are likely enough to satisfy the reasonableness requirement.

And, though well over 100 years old, the case is still good law.

In April of this year, the Fifth Circuit Court of Appeals cited the ruling to maintain a controversial abortion ban in Texas which was ostensibly enacted in order to combat the novel Coronavirus (COVID-19) pandemic.

“Under the pressure of great dangers, constitutional rights may be reasonably restricted as the safety of the general public may demand,” the court noted. “That settled rule allows the state to restrict, for example, one’s right to peaceably assemble, to publicly worship, to travel, and even to leave one’s home. The right to abortion is no exception.”

In May, the Commonwealth of Pennsylvania cited Jacobson in a brief before the Supreme Court in order to maintain its own COVID-19-related lockdown against opposition from the owner of a golf course who complained that public health orders were bad for business. The golf course owner ultimately lost.