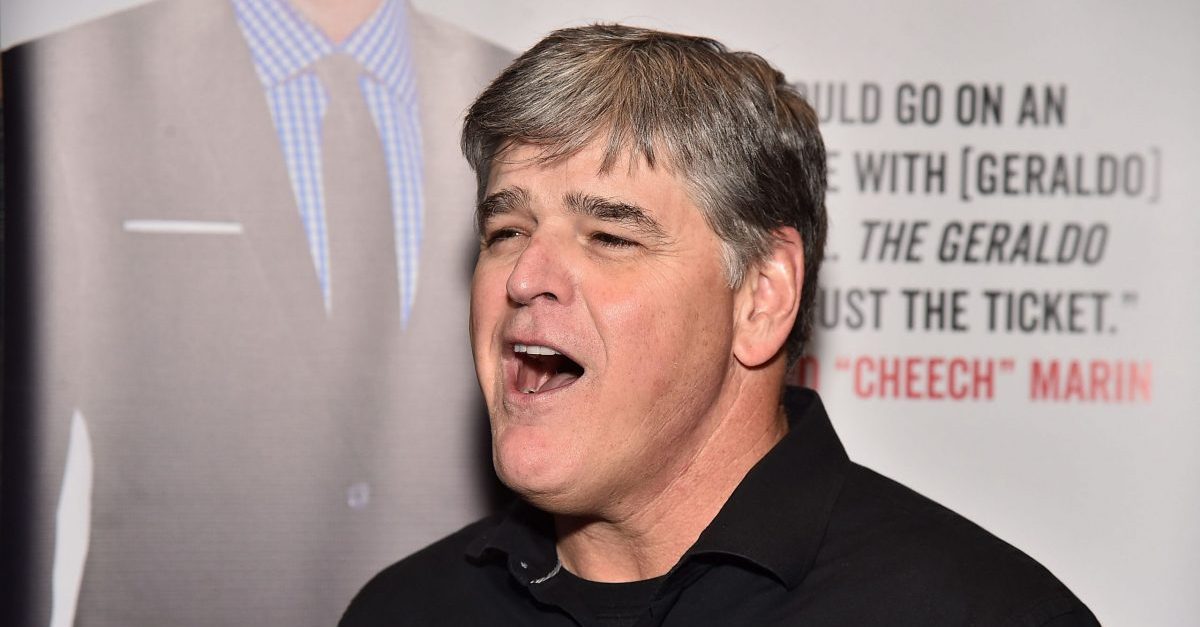 The letter, obtained by Law&Crime, was written by Times Senior Vice President & Deputy General Counsel David McCraw. McCraw responded to Hannity attorney Charles Harder with the newspaper’s likely legal defense if Hannity were to take his dispute any further.

“The columns are accurate, do not reasonably imply what you and Mr. Hannity allege they do, and constitute protected opinion,” McCraw wrote. “In response to your request for an apology and retraction, our answer is ‘no.'”

Hannity has said the Times “slander[ed]” him by “pretty much all but accus[ing]” him “of murder.” Hannity has also accused the Times of taking his original commentary about the novel coronavirus “willingly, maliciously, purposefully” out of context.

At issue is a New York Times column about the coronavirus-related death of a popular Brooklyn bar owner. The barman, Joe Joyce, remained active, the Times reported, despite warnings about the severity of the coronavirus. Joyce “watched Fox, and believed it was under control,” his daughter told the Times. The Times article then said that “Hannity went on air” in early March “proclaiming that he didn’t like the way that the American people were getting scared ‘unnecessarily.'”

Hannity’s lawyer is arguing that the Times botched the timeline despite a lengthy phone call with Hannity and his people which attempted to set the record straight prior to publication. Joyce went on a cruise before Hannity made the remarks, Hannity’s team argues, and thus independently put himself in harm’s way.

Harder, who is representing Hannity in this matter, also represents President Donald Trump in other matters. Harder is largely credited for the shutdown of the website “Gawker.”

Hannity’s personal website erroneously claimed for a short time Monday that he had actually sued the New York Times. He merely threatened litigation.

You can read the Times response in full below.

New York Times Response to … by Law&Crime on Scribd

[Editor’s note:  This piece began as breaking news.  It has since been updated to include additional context.]