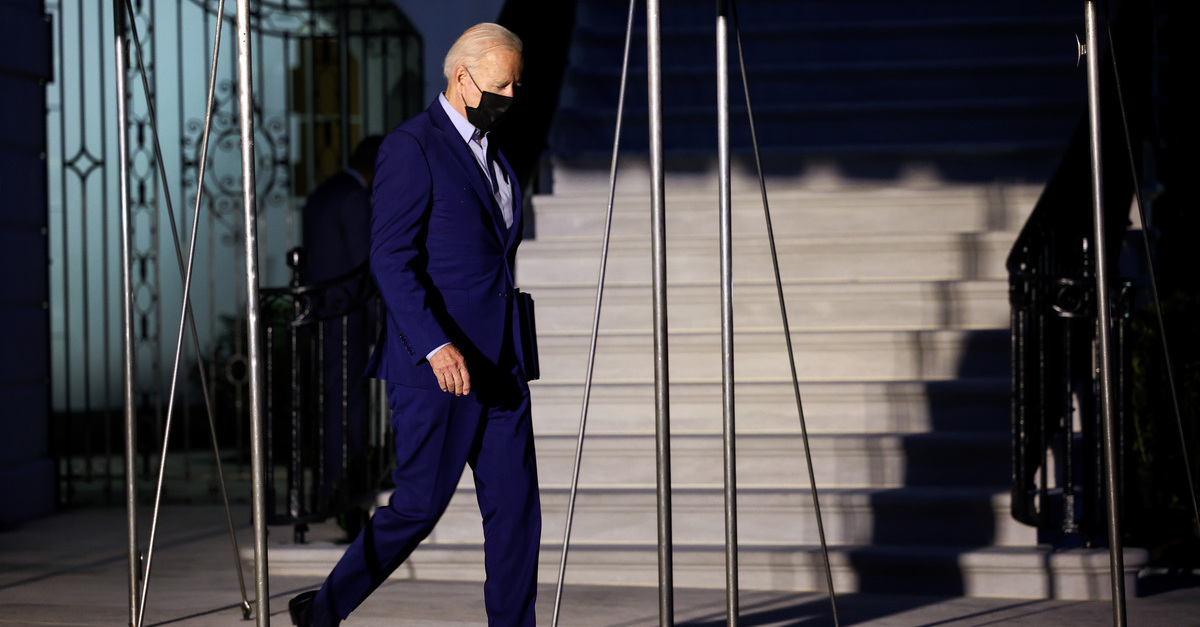 President Joe Biden’s vaccine mandate for large employers has so far been deemed constitutional by a number of legal scholars, practicing attorneys and legal experts. But that doesn’t mean the administration’s aggressive new rules will necessarily stand the test of time–nor withstand the decidedly conservative bent of the Supreme Court under Chief Justice John Roberts.

Recall: on September 9, the 46th president announced a suite of three separate vaccine mandates for various employers and employees. The largest of the three will be administered via the Department of Labor under the auspices of the Occupational Safety and Health Administration (OSHA). Those rules will mandate that any business with 100 or more employees force all workers to be vaccinated against the virus or have their employees submit to weekly COVID-19 testing.

Law&Crime founder Dan Abrams warned that the devil is in the details during a Monday broadcast of his Sirius XM program The Dan Abrams Show.

Abrams said that chorus of scholars giving the legal go-ahead to the Biden order seem to be viewing the mandate through “a policy prism as opposed to a legal prism,” adding that “this is not an easy case.”

Abrams said that the executive order’s “pitfalls” include OSHA’s historical status as an agency dedicated to policing workplace hazards like “contaminants and chemicals and asbestos.”

Less clear, Abrams argued, was whether federal courts would agree with the notion that OSHA can regulate hazards like a disease at the workplace–particularly under temporary emergency rules.

OSHA expert and attorney Baruch Fellner echoed that skepticism, arguing that if and when the new OSHA rules have their fate sealed, that undoing will be done by the conservative justices on the nation’s high court.

“You expect that in the end, no matter how they frame this, that the order will get struck down?” Abrams asked.

“By this Supreme Court?” Fellner tellingly replied. “Very little doubt in my mind. Along the way, finding a district court judge, indeed finding a panel of a court of appeals, although I suspect it will be here in the District of Columbia Circuit–it’s hard to predict. So you’ve got to predict the ultimate outcome.”

The Gibson Dunn attorney went on to predict that Biden’s vaccine mandate would “take an awfully long time to trudge its way through the courts” while cautioning that the agency’s quickness to implement the rules may lead to its downfall by the conservative Roberts Court.

“Indeed, for OSHA to come up [with the rule in] three or four weeks–man, that’s lightning speed for the agency,” Fellner added, recounting his own experience with the agency.

“Especially given the length and breadth of this particular exercise,” he added. “So, even getting to first base with a draft–and, of course, if they do it quickly it is much more likely to end up in the dustbin of history as well because quickly means the record has not been thoroughly looked at and all of the arguments-plus….have not been particularly well-handled.”

The Biden administration has signaled that they hope to have the new rules in place sometime between the first and last days of October.