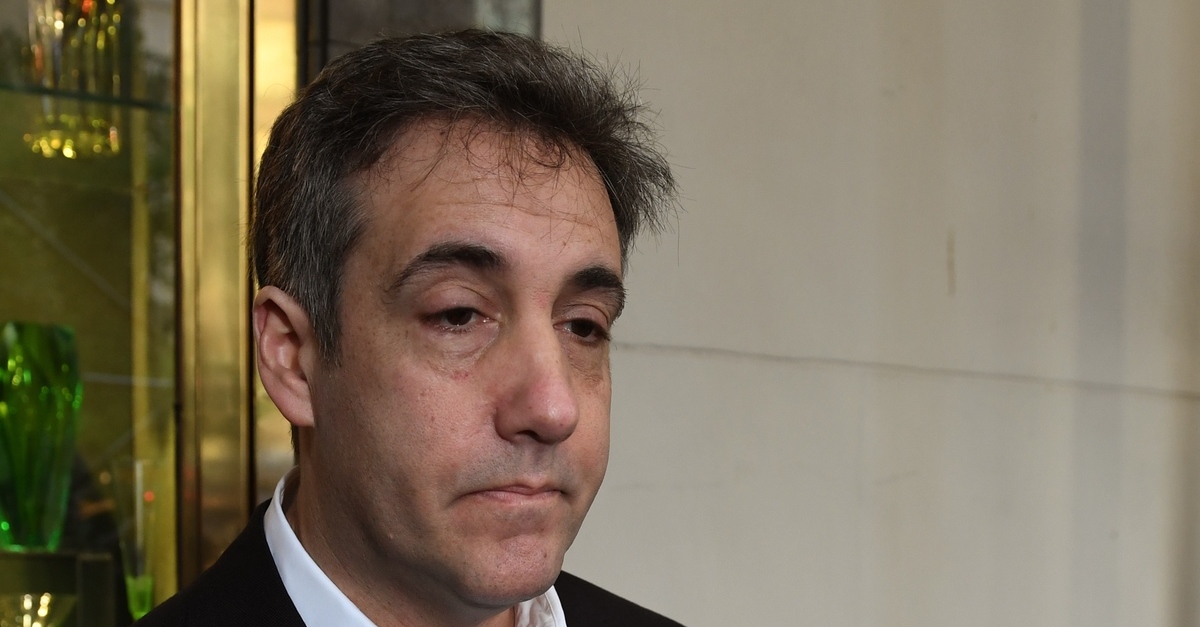 The president’s former “fixer” is currently serving a three-year prison sentence in Upstate New York for campaign finance violations, fraud and tax evasion.  The conviction is a sidelong result of a complicated investigation by New York City authorities into the Stormy Daniels affair which embroiled the nascent days of the 45th president’s administration.

Nearly a year into that sentence, and Cohen has — as the U.S. District Court for the Southern District of New York (SDNY) notes in the brief denial of Cohen’s bid for compassionate release — deftly managed to keep his name in the headlines.  Judge William Pauley III‘s order reads:

Apparently searching for a new argument to justify a modification of his sentence to home confinement, Cohen now raises the specter of COVID-19. That Cohen would seek to single himself out for release to home confinement appears to be just another effort to inject himself into the news cycle. As the Government points out, he is ‘manifestly ineligible’ for compassionate release and has not exhausted his administrative remedies.

Last week, Cohen and his legal team pleaded for home release citing widespread concerns that the federal Bureau of Prisons is “demonstrably incapable” of ensuring inmate health and safety during the Coronavirus (COVID-19) pandemic.

Criminal justice advocates have constantly made and consistently reiterated such concerns since the scope of the pandemic has come into greater focus in recent weeks. A coalition including The Leadership Conference on Civil and Human Rights; the American Civil Liberties Union; the Due Process Institute; FreedomWorks; the Justice Action Network; the Justice Round Table; R Street; The Sentencing Project and We Got Us Now are urging Trump to commute prison sentences and push for compassionate release while the pandemic rages across the nation.

An open letter from that broad coalition notes:

[I]nitial reports of COVID-19 at our nation’s jails and prisons are not surprising given the inability to adhere to Centers for Disease Control and Prevention (CDC) best practices in these facilities. According to the CDC, proper hygiene practices and social distancing are the most effective tools to combat the spread of COVID-19. The CDC is advising law enforcement to “maintain a distance of at least six feet” and “ensure only trained personnel wearing appropriate personal protective equipment (PPE) have contact with individuals who have or may have COVID-19.” Disturbingly, federal prison employees…have reported shortages of essential protective gear including masks, soap, hand sanitizer and gloves, with existing supplies not likely to last them through the week.

“The public health concerns presented by coronavirus in confined spaces creates an urgent need to ensure the health of staff and those incarcerated, particularly those who are elderly and those with chronic health conditions,” the letter continues.

Against this backdrop, Cohen and his legal team have asked for compassion and leniency–while also taking the opportunity to criticize Trump’s decidedly hands-off response to the national crisis.

The government responded in due course by effectively rubbishing Cohen’s argument as inconsistent with federal guidelines for such release.

Adler responded to the government’s submission in a Monday filing which noted the lack of hand sanitizer available at the Otisville Prison and also alleged that social distancing guidelines are being ignored.

Cohen’s attorney also argued his client’s pre-existing medical conditions are exactly the sort of health concerns that should put him in the queue for home release during the Coronavirus pandemic.

“Mr. Cohen has had two hospitalizations, and a pre-existing condition of pulmonary issues,” Adler wrote. “I reiterate my belief that the coronavirus provides a basis for an appropriate modification of the venue in which his previously imposed sentence will be served, and that the sentence of 36 months should not end up being a capital crime depriving my client of his life.”

Judge Pauley, however, was unmoved.

“Ten months into his prison term, it’s time that Cohen accept the consequences of his criminal convictions for serious crimes that had far reaching institutional harms,” he wrote. “For these reasons, Cohen’s application to reduce or modify his sentence is denied.”

[Image via IMOTHY A. CLARY/AFP via Getty Images.]