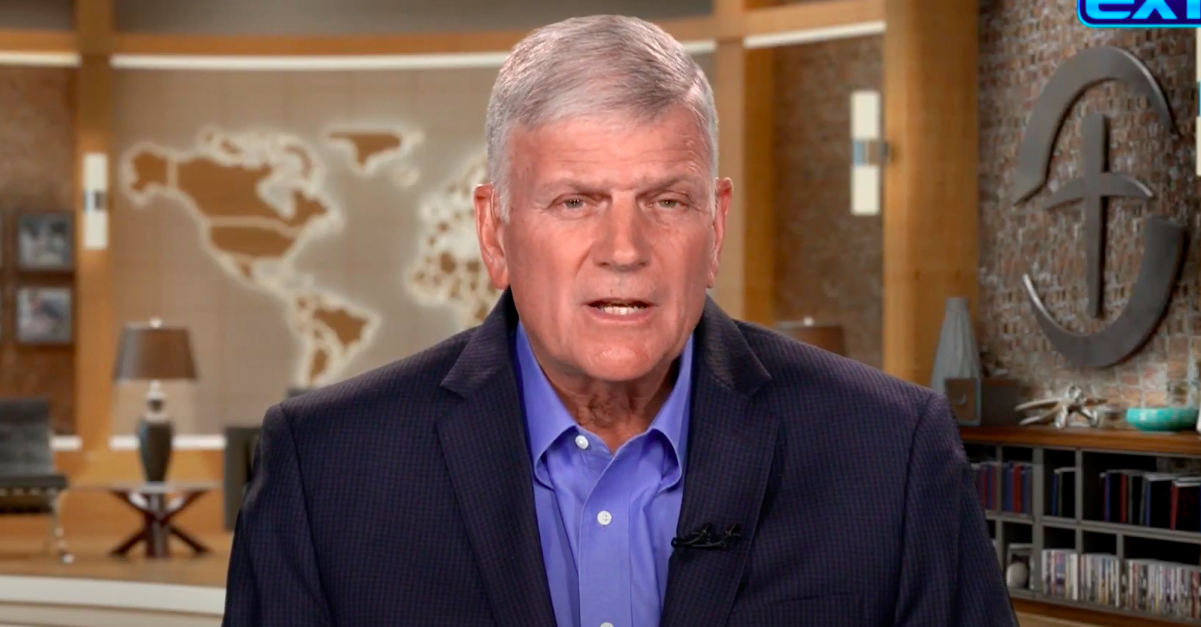 Rev. Franklin Graham’s 68-bed field hospital in New York City is being criticized for forcing all of its employees to sign a “Statement of Faith” in which they vow to oppose same-sex marriage.

Graham, who’s said he and his charity Samaritan’s Purse have become targets for harassment due to his Christian faith, defended the decision to use the pledge on his Facebook page, writing, “while we lawfully hire staff who share our Christian beliefs, we do not discriminate in who we serve.”

We believe God’s plan for human sexuality is to be expressed only within the context of marriage, that God created man and woman as unique biological persons made to complete each other. God instituted monogamous marriage between male and female as the foundation of the family and the basic structure of human society. For this reason, we believe that marriage is exclusively the union of one genetic male and one genetic female.

Graham’s charity teamed up with Mount Sinai Health Systems to set up the field hospital in Central Park.

While New York City has some of the strongest legal protections for the LGTBQ community, Graham’s charity is a religious organization and is therefore exempt from such hiring laws.

Samaritan Purse has a long history of anti-LGBTQ discrimination. While we desperately need medical assistance, we can never abandon our values. Hate has no place in NY. That's why I wrote a letter seeking answers about how they're running their Central Park field hospital. pic.twitter.com/c5ZQ2k08ID

“Now more than ever, New York City must uphold its values and ensure that every New Yorker feels safe in seeking medical attention,” the lawmakers wrote.

Graham has continued to defend Samaritan Purse’s perspective as a “statement of faith” and an exercise in “freedom of speech and religion.” But the decision appears to be impeding planned expansion of his charity’s work.

The New York Times on Monday reported that “a plan to turn the Cathedral of St. John the Divine, the seat of the Episcopal Diocese of New York, into a virus hospital was abruptly shelved after tension between the diocese, which promotes a more inclusive form of Christianity, and Samaritan’s Purse, whose workers were set to staff the facility.”