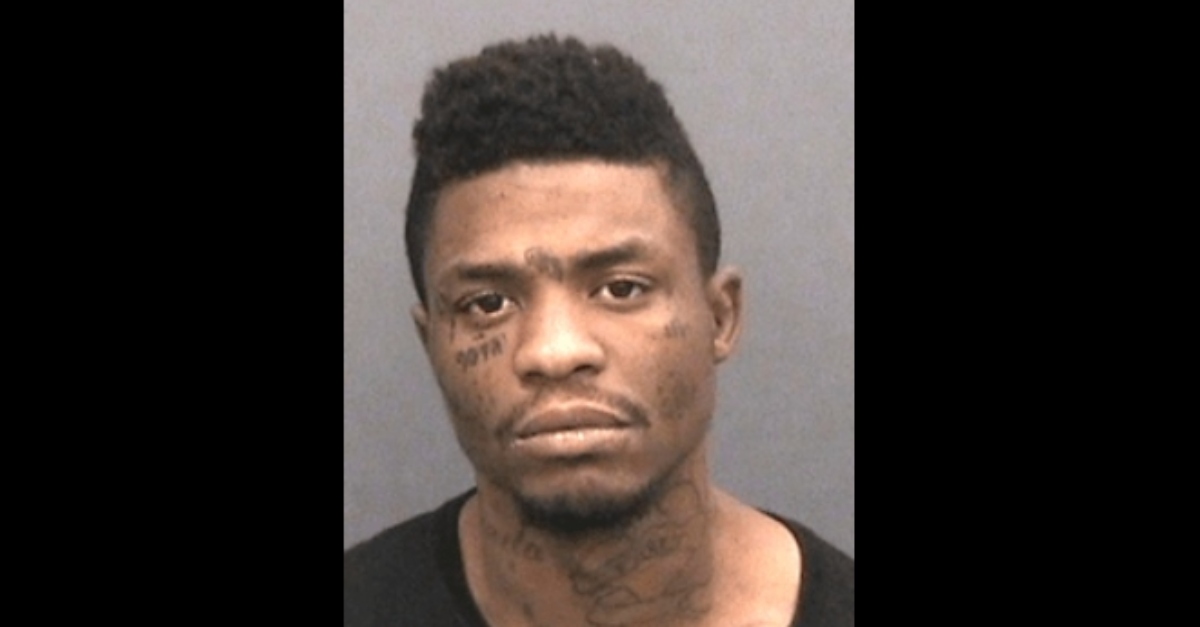 A new murder case in Hillsborough County, Florida has struck a cultural and legal fissure. Joseph Edward Williams, 26, faces a new second-degree murder case after local deputies say he participated in a fatal March 20 shooting. The shooting occurred one day after the defendant was released from jail on a special administrative order designed to mitigate the spread of the novel coronavirus (COVID-19). New York Post coverage of the incident has in turn sparked controversy.

Williams was already a defendant in a separate case alleging possession of heroin and drug paraphernalia. He benefited on March 19th from an order to release defendants facing ongoing prosecutions for alleged low-level offenses.

“Based on the public health emergency that exists in the State of Florida as a result of the spread of COVID-19, it is necessary to establish emergency procedures to permit the release of certain pretrial detainees from the custody of the Hillsborough County jail,” wrote Thirteenth Judicial Circuit Chief Judge Ronald N. Ficarrotta.

Sheriff Chad Chronister said in a press release that “There is no question Joseph Williams took advantage of this health emergency.” The sheriff called for the State Attorney to prosecute the defendant to the “fullest extent of the law.”

“Judges, prosecutors, and Sheriffs around the country are facing difficult decisions during this health crisis with respect to balancing public health and public safety,” Chronister said in the statement. “Sheriffs in Florida and throughout our country have released non-violent, low-level offenders to protect our deputies and the jail population from an outbreak. Our commitment as an agency is to keep this community safe and enforce the law.”

The story and the sheriff’s statements quickly made the rounds. A link landed on the Twitter account of Tom Fitton, president of the conservative government watchdog group Judicial Watch. He tweeted a New York Post write-up of the story and called for an end to COVID-19 shutdowns. That in turn caught the attention of Professor Rachel Barkow, a criminal law expert and Faculty Director of the Center on the Administration of Criminal Law at New York University School of Law.

Welcome to the Willie Horton playbook: Coronavirus edition. This type of reporting is the doom of any significant criminal justice reform effort. Notice how there’s no context presented of why people are being released because of the coronavirus. /1 https://t.co/EkgEzkFgqd

Willie Horton was a black Massachusetts prisoner who raped a white woman and stabbed her boyfriend after being released on a furlough program. He had been in lockup for the 1974 murder of a 17-year-old gas station attendant. The 1988 presidential campaign of George H.W. Bush used the case to make opponent Massachusetts Gov. Michael S. Dukakis look weak on crime.

“The reason why the Willie Horton ad is so important in the political landscape — it wasn’t just about a racist ad that misrepresented the furlough process,” said Georgetown University professor of African-American history Marcia Chatelain in a 2018 New York Times retrospective of the Bush campaign’s infamous ad on Willie Horton. “But it also taught the Democrats that in order to win elections, they have to mirror some of the racially inflected language of tough on crime.”

Williams is also black. Barkow argued that his case would be used to argue against the release of defendants of low-level offenses amid the COVID-19 outbreak.

“Jails and prisons are becoming mega-spreaders of the virus with people dying at higher rates there than almost anywhere else in the US,” she wrote. “Both the people incarcerated and the staff. And the staff then spread it to the community. No mention of that here, of course. Instead, ‘public safety’ just means safety from the one alleged homicide this reporter found out of the thousands of people released for coronavirus concerns. There’s no mention of public safety in terms of stopping the spread of a deadly virus.”

She said the virus was a bigger risk to public safety than the homicide risk posed by the release of inmates, “but you would never know it from this [NY Post] article. Because it just takes one alleged killing for people to say it all needs to be shut down.”

This encapsulates all that’s wrong with how we think about criminal justice policy. This isn’t cost/benefit analysis or rational assessment. It’s just one case going bad and everything needs to stop even if more lives are saved by sticking with a reform (here, releases). /5

In Horton’s case, that furlough program had a 99.9% success rate, but it didn’t matter. And now we have the NY Post questioning every jail and prison release (and there have been thousands) b/c of one case. Even though far more lives have undoubtedly been saved by the releases. Nor is there any context that most people (95%) are released from prisons and jails, so it’s not a question of ever releasing them, but when. Given a pandemic that requires social distancing & allocating limited medical resources, release now makes sense for lots of people. But you’ll get none of that context in this piece. Instead, you’ll get the same tired rhetoric that everyone needs to be locked up as long as one person committed a crime. This is what killed bail reform in NY, and it’s being used here to stop releases for coronavirus.