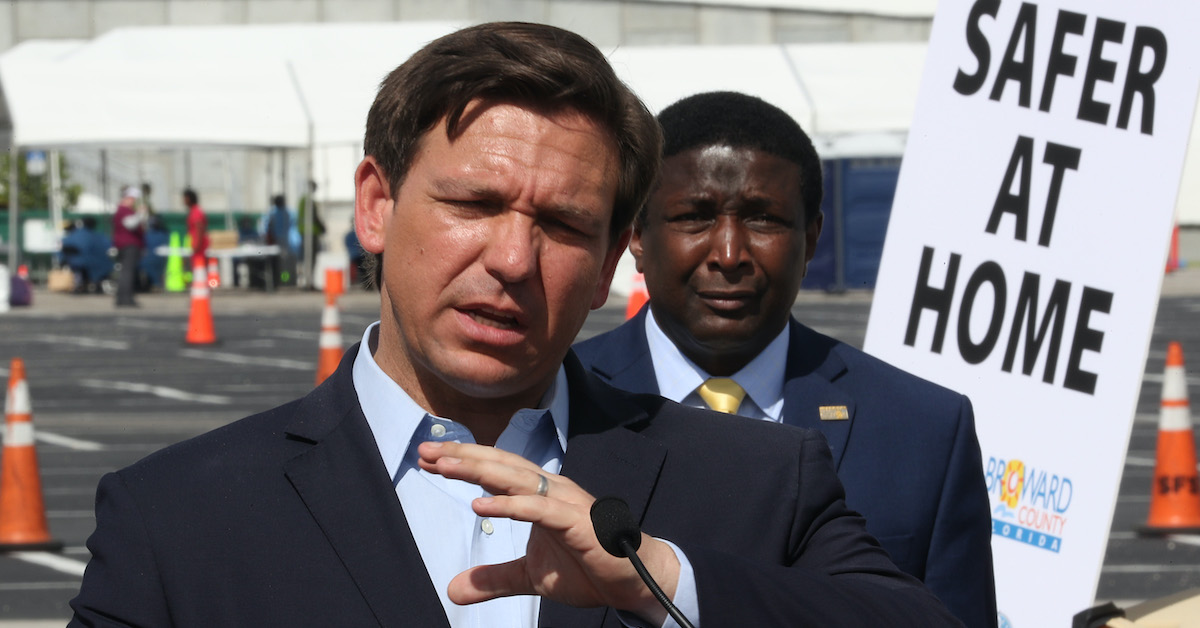 Is it good idea to conduct court proceedings over the internet, through a video conferencing service like Zoom during the COVID-19 pandemic? Is it feasible? Is it constitutionally sound? Is it safe and secure? That’s the subject of much debate in Kelvin Leon Jones, et al. v. Ron DeSantis, et al.

Florida Gov. Ron DeSantis (R), one of the defendants, filed a notice on the state’s preferred method for trial on Thursday, expressing concern about “Zoombombing.” A Friday story in the New York Times succinctly set the stage for the issue at hand:

In recent weeks, as schools, businesses, support groups and millions of individuals have adopted Zoom as a meeting platform in an increasingly remote world, reports of “Zoombombing” or “Zoom raiding” by uninvited participants have become frequent.

While those incidents may have initially been regarded as pranks or trolling, they have since risen to the level of hate speech and harassment, and even commanded the attention of the F.B.I.

The Kelvin Jones lawsuit itself arose in the aftermath Florida’s Senate Bill 7066, which controversially required ex-felons to pay all court fines and fees before they could see their voting rights restored (this has often been called a “poll tax“). The DeSantis filing on Thursday expressed a number of concerns that a “trial on an electronic platform poses several unknowns—including potential problems with creating an adequate record.”

The defendants came up with five concerns (pay close attention to the fifth because it’s referring to “Zoombombing”):

The fifth concern included a footnote and hyperlink to the ABC News story, “After ‘Zoom bombings’, other incidents, FBI warns of videoconferencing hijacking amid coronavirus.” The plaintiffs were not convinced.

“Fifth, security can be addressed by utilizing internal Court Video Conferencing or the “Seminar” mode in Zoom which allows you to limit who is commenting or participating,” their filing answered.

The court docket notes that a hearing by videoconference, presumably covering this issue, has been set for Wednesday, April 8.

Zoom was actually sued as recently as this week for allegedly violating users’ privacy. Per the filing:

You can read the DeSantis filing below.