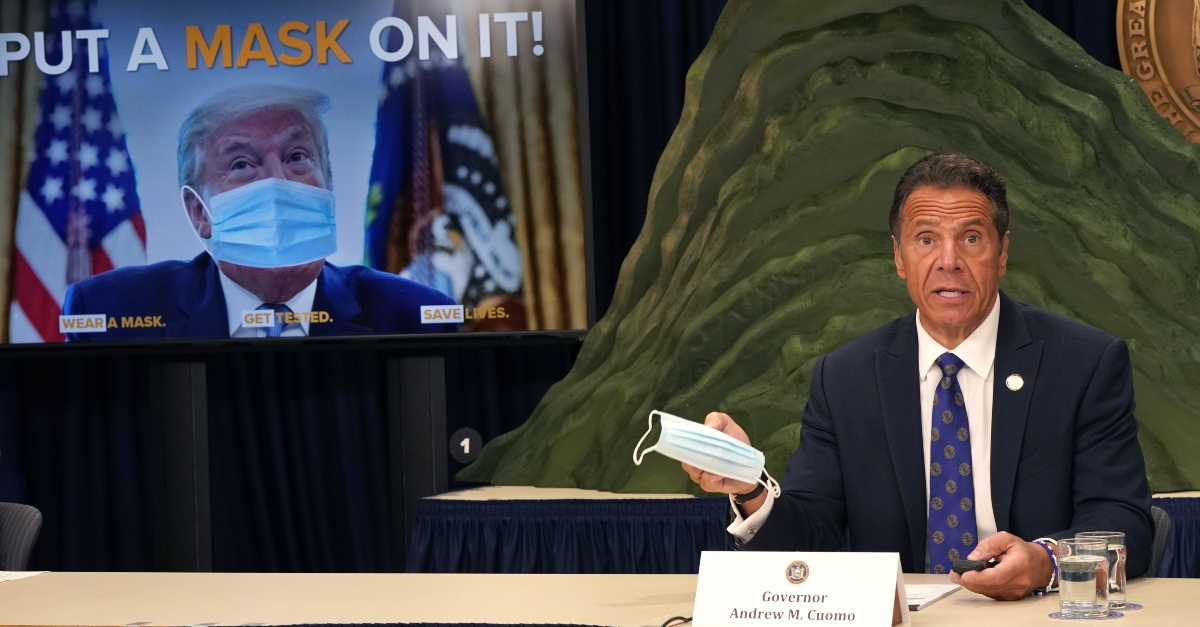 The United States Department of Justice is sticking with its probe into New York state’s COVID-19 death count in nursing homes. They expanded their investigation Wednesday, according to The Associated Press.

Is the Empire State undercounting victims? Governor Andrew Cuomo (D) says they’re doing a great job, but even a number of local Democrats are taking him to task. Unlike most other states, New York counts fatalities of people who died at the nursing homes but not those who were taken to a hospital.

Now the DOJ wants data from private facilities in their bid to review the official death toll of 6,722. The request has grown to more than 600 nursing homes.

Cuomo and his spokespeople have dismissed the investigation as politically motivated. Cuomo said Thursday that the DOJ was spreading a “conspiracy” about what happened in New York nursing homes.

.@NYGovCuomo attacks the DoJ for probing his Covid nursing home order: "They have done a terrible job on Covid from day one, and they want a counter-defense … the conspiracy they’re trying to spread just has no factual basis." pic.twitter.com/MSODrr9XKi

He and the Democratic governors of three other states–New Jersey, Michigan, and Pennsylvania–each received letters in August demanding data on whether their COVID-19 executive orders were connected to nursing home deaths.

“This is nothing more than a transparent politicization of the Department of Justice in the middle of the Republican National Convention,” Cuomo and New Jersey Governor Phil Murphy (D) said at the time. “It’s no coincidence the moment the Trump administration is caught weakening the CDC’s COVID-19 testing guidelines to artificially lower the number of positive cases, they launched this nakedly partisan deflection.”

New York Health Commissioner Howard Zucker told state legislators in August that they are reviewing the numbers of deaths at hospitals, and making sure they are not double-counting. He promised to provide the information once he made sure these were accurate.

“That’s a problem, bro,” state Sen. Gustova Rivera (D-33rd District) told Zucker during the hearing. “It seems, sir, that in this case you are choosing to define it differently so that you can look better.”

[Screengrab via TIMOTHY A. CLARY/AFP via Getty Images]