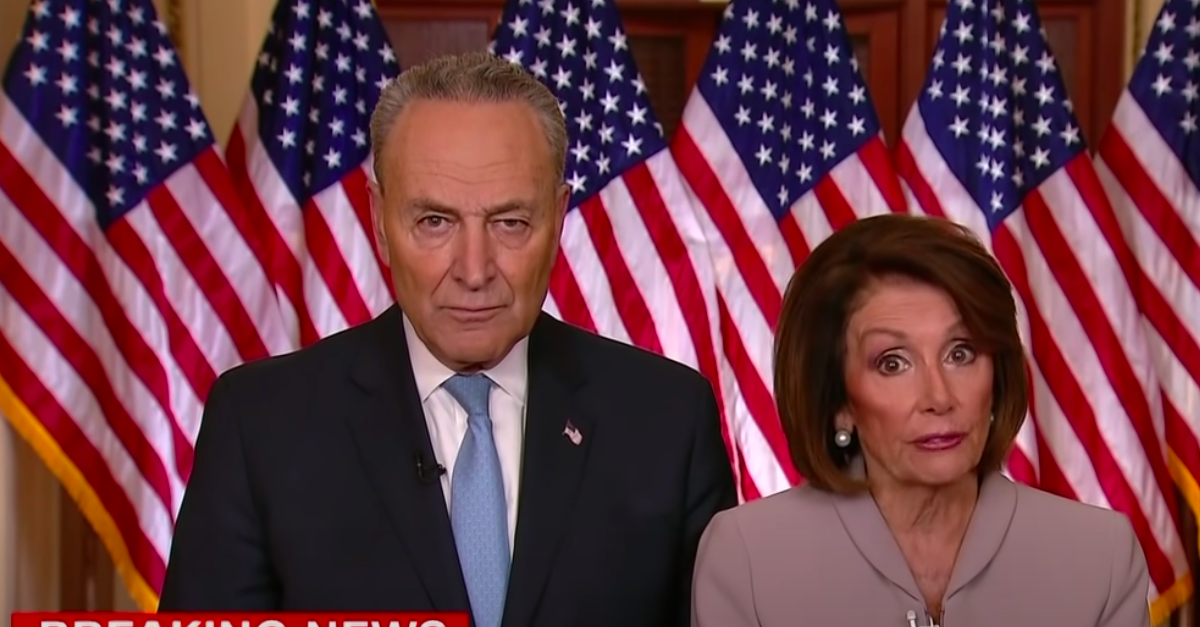 Several leaders of the Democratic party on Monday issued a strong condemnation of the Trump Administration’s national testing strategy report, which was delivered to lawmakers earlier in the day, saying the report was “disappointing” and was not a solid step toward re-opening the nation.

“After six months and nearly 100,000 lives lost, the Trump Administration still does not have a serious plan for increasing testing to stop the spread of the virus,” House Speaker Nancy Pelosi, Sen. Chuck Schumer, Sen. Patty Murray, and Rep. Frank Pallone, Jr., wrote in a joint press release.

“This disappointing report confirms that President [Donald] Trump’s national testing strategy is to deny the truth that there aren’t enough tests and supplies, reject responsibility and dump the burden onto the states.”

The administration’s 81-page report, titled “Covid-19 Strategic Testing Plan,” was not released to the public. However, a copy of the report was obtained by the Washington Post, which reported that the plan “doubles down on the administration’s stance that individual states, not the federal government, should bear primary responsibility for carrying out diagnostic tests to help curb the pandemic.”

“The administration’s testing plan says every state should aim to test at least two-percent of its population in May and June. The document, however, lists the testing targets each state reported to federal officials for May, totaling 12.9 million tests nationwide, rather than laying out goals the federal government is calling on each state to meet,” the Post reported.

“With support from the federal government to ensure states are meeting goals, the state plans for testing will advance the safe opening of America,” the plan stated, while also pledging to provide states with 100 million testing swabs by year’s end.

But according to Democratic leaders, the Trump administration’s real plan is to deflect responsibility and deny reality.

“In this document, the Trump Administration again attempts to paint a rosy picture about testing while experts continue to warn the country is far short of what we need,” the lawmakers wrote.

“We still need clear explanations for how targets were set, how they will be met and what will be done if they are not.  The Trump Administration still does not take any responsibility for ramping up our nation’s testing capacity, instead pushing the burden onto the states – forcing states to compete with each other to procure vital supplies to administer tests from the private market.”