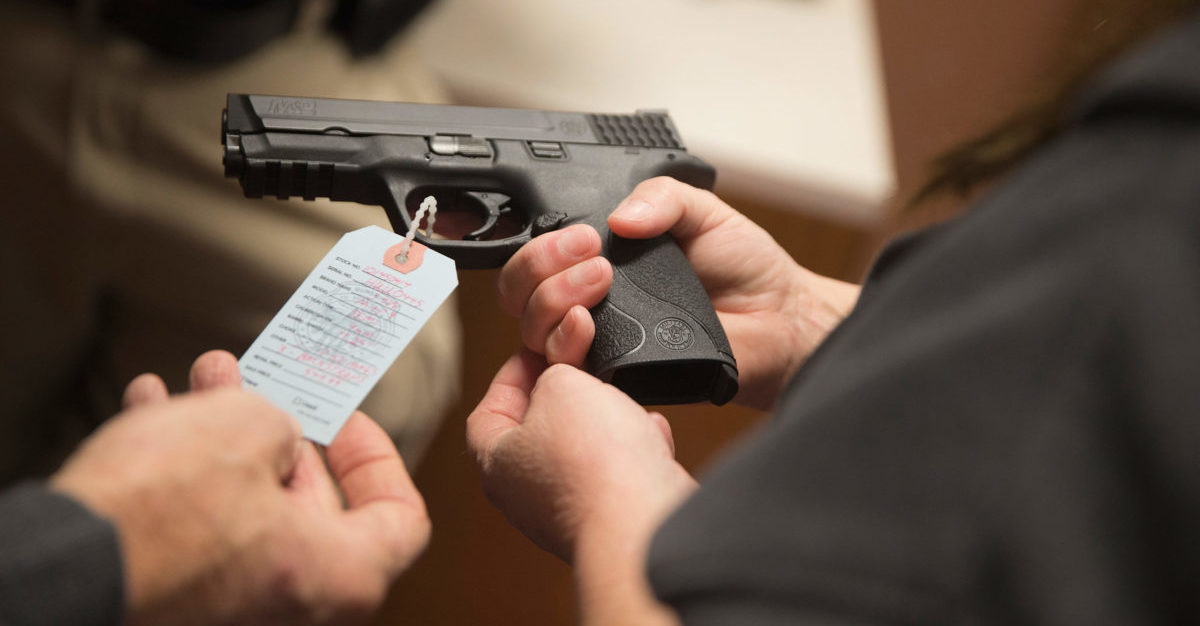 The Pennsylvania Supreme Court has thrown out a Second Amendment challenge to an order by Gov. Tom Wolf, a Democrat, which effectively shut down a wide array of businesses in the state.

As per the governor’s order:

“No person or entity shall operate a place of business in the Commonwealth that is not a life sustaining business regardless of whether the business is open to members of the public. This prohibition does not apply to virtual or telework operations (e.g., work from home), so long as social distancing and other mitigation measures are followed in such operations.”

The court’s order tossed several underlying lawsuits pertaining to the governor’s orders. One argued that the governor had no authority to meddle with the operations of the courts because of constitutional due process requirements and because of the separation of powers.  The other lawsuit, filed by a gun store, a customer, and a law firm, argued that the governor’s order did not make it clear whether gun stores were “life sustaining businesses,” thus putting them at risk of violating the order and subjecting them to punishments for so doing.

The Court would hear none of it, despite a contradictory ordering being signed by another Democratic governor in another state.

The Pennsylvania decision to toss the case is a “per curiam” order — in other words, “by the court.” No justice signed it. Three justices did issue a concurring/dissenting opinion. The three justices agreed with the court’s overall decision to throw out the part of the lawsuit which challenged the governor’s order as it applied to the functioning of the court system because the order was subsequently clarified. However, the minority group of three justices disagreed with the core Second Amendment issue presented, saying the majority failed to act on “a deprivation of a constitutional right”:

[T]he Order of the Governor . . . makes no allowance for any continued operation of licensed firearms dealers.

Unlike the vast majority of other items, the sale and transfer of firearms sold at retail cannot be completed merely by way of telecommunication and mailing under existing law.

[T]he actual transfer of a firearm from a dealer to a purchaser must be completed at the dealer’s place of business. Quite simply, if firearm dealers are not able to conduct any business in-person at their licensed premises, then no transfers of firearms can be completed. This amounts to an absolute and indefinite prohibition upon the acquisition of firearms by the citizens of this Commonwealth—a result in clear tension with the Second Amendment to the United States Constitution and Article I, Section 21 of the Pennsylvania Constitution.

The Second Amendment is well known; the analogous clause in the Pennsylvania constitution is lesser known.  “The right of the citizens to bear arms in defence of themselves and the State shall not be questioned,” it reads.  Pennsylvania’s constitution also allows the leislature to “exempt from State military service persons having conscientious scruples against bearing arms.”

The three justices continued with a suggestion of sorts of how the governor could allow Second Amendment rights to be exercised without unduly increasing human contact during the Coronavirus scare:

[I]t is incumbent upon the Governor to make some manner of allowance for our citizens to continue to exercise this constitutional right.

[J]ust as the Governor has permitted restaurants to offer take-out service but restricted dine-in options, the Governor may limit the patronage of firearm retailers to the completion of the portions of a transfer that must be conducted in-person. Such an accommodation may be effectuated while preserving sensible restrictions designed to slow the spread of COVID-19, but nonetheless provide a legal avenue for the purchase and sale of firearms, thus avoiding an impermissible intrusion upon a fundamental constitutional right.

The dissent balked that the Governor of Illinois allowed “firearm and ammunition suppliers and retailers” to remain open while shutting down many other businesses in his state. Those businesses were determined by Gov. J. B. Pritzker, a Democrat, to be part of the chain of “supplies for essential businesses and operations” and should be open “for purposes of safety and security.”

Law&Crime has noted other disparities beyond those identified by the Pennsylvania dissent.  Executive orders signed by Gov. Andrew Cuomo, a Democrat of New York, allow “essential retail” and “vendors of essential services necessary to maintain the safety . . . of residences or other essential businesses” to remain fully open, but those orders and concomitant published decisions interpreting them do not explicitly name gun sellers as “essential.”  (Cuomo’s orders call for workforce reductions at most businesses, not outright shutdowns.)

Coronavirus executive orders signed by Gov. Ned Lamont, a Democrat of Connecticut, do not explicitly name firearms-related businesses, but concomitant state interpretive documents do name “guns and ammunition” businesses as “essential” and therefore able to remain open.  (Lamont’s updated orders also allow retail sector employees to return to work for customers to order merchandise instead of shopping in person.)

The National Shooting Sports Foundation, an industry trade group, has sought clarification on similar matters at the federal level; several states import the federal ‘critical infrastructure’ definitions into their own state rules.  And, there has been a spike in gun sales in places like Texas, Hawaii, and other states since the Coronavirus outbreak gripped the headlines.