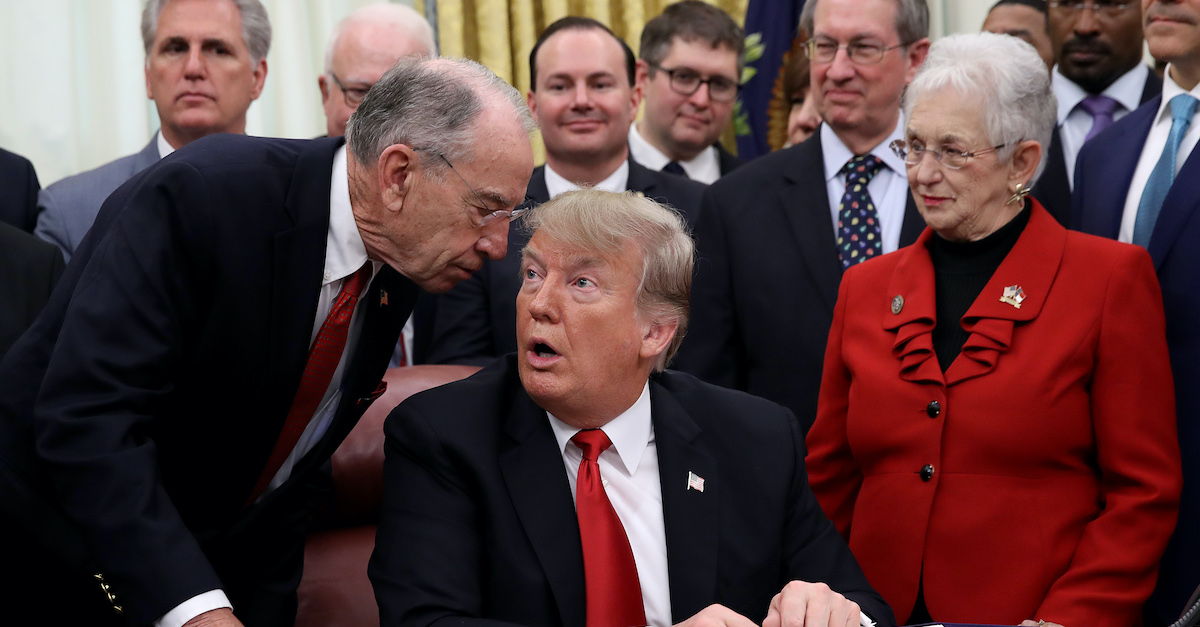 In a letter to the president that CC’d Department of Justice Inspector General Michael Horowitz (the chair of the Council of the Inspectors General on Integrity and Efficiency), Grassley said that he was “concerned” the signing statement could “negatively impact the ability of [Inspectors General] to independent communicate with Congress.”

In case you missed it on March 27, President Trump signed CARES Act into law. When he did so, he issued a signing statement.

“Section 4108 of [the bill] establishes a new Inspector General for Pandemic Recovery (SIGPR) within the Department of the Treasury to manage audits and investigations of loans and investments made by the Secretary of the Treasury under the Act,” the signing statement said. “Section 4018(e)(4)(B) of the Act authorizes the SIGPR to request information from other government agencies and requires the SIGPR to report to the Congress ‘without delay’ any refusal of such a request that ‘in the judgment of the Special Inspector General’ is unreasonable.”

“I do not understand, and my Administration will not treat, this provision as permitting the SIGPR to issue reports to the Congress without the presidential supervision required by the Take Care Clause, Article II, section 3,” the statement continued.  The clause requries the president to “take care that the laws be faithfully executed.”

Grassley said this portion of the statement, when read “broadly,” could be “cited as authority to unduly strip IGs of their fundamental ability to timely report waste, fraud, abuse, and misconduct in government programs to Congress.”

“Such authority is vital to their role in securing government transparency and efficiency, and is a critical role that all IGs routinely perform,” the Grassley letter continued.

Grassley said that he “raised similar concerns” in 2009 about then-President Barack Obama. Unlike Obama, Grassley said, Trump has “drain[ed] the swamp” and should view inspectors general as a way to continue to make that happen. 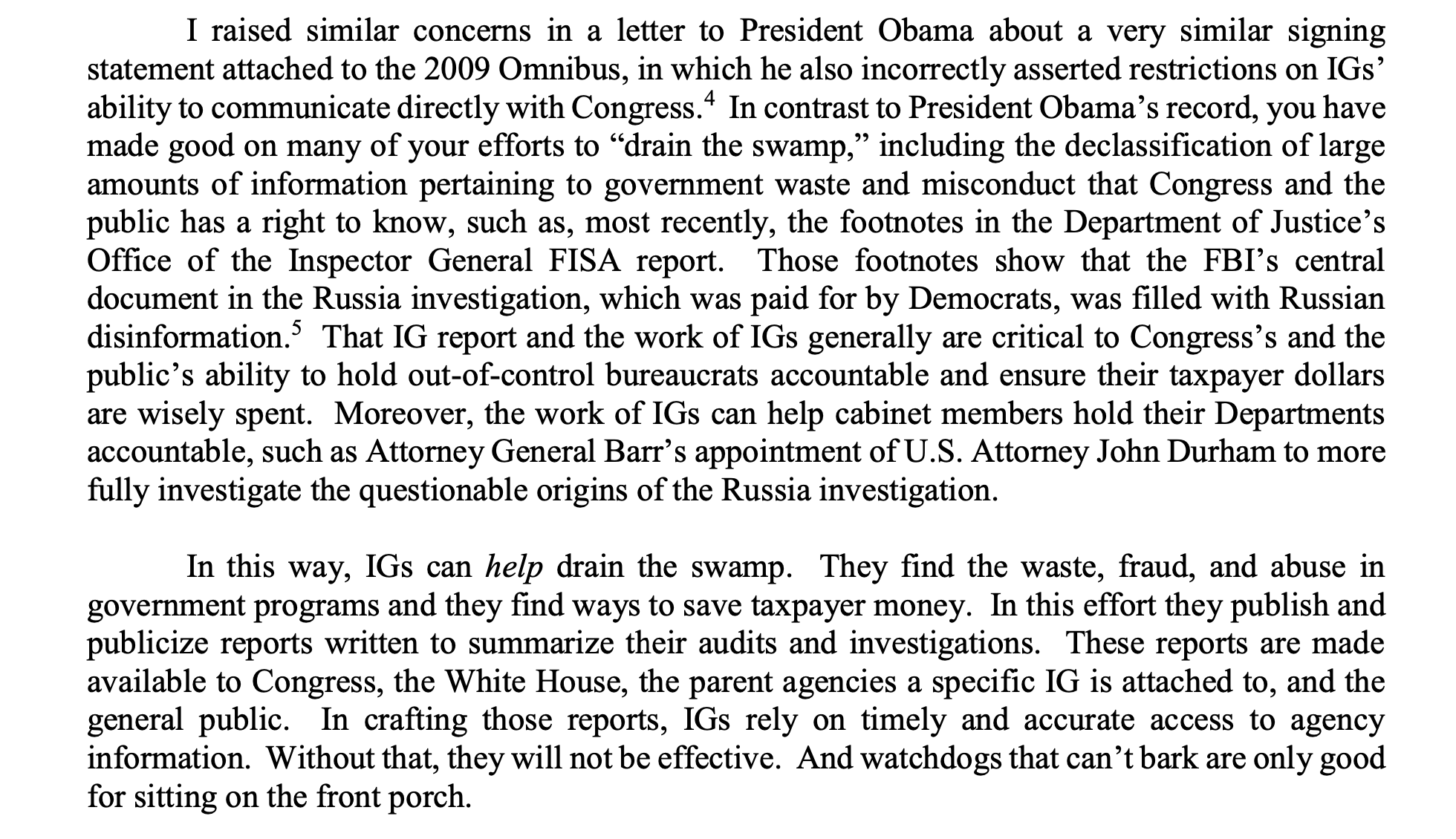 “Throughout my career, I have supported the independence that IGs require to do their jobs properly and without political pressure. I urge you to reconsider the language in your signing statement and take steps to ensure that Its are able to report effectively to Congress,” Grassley concluded.