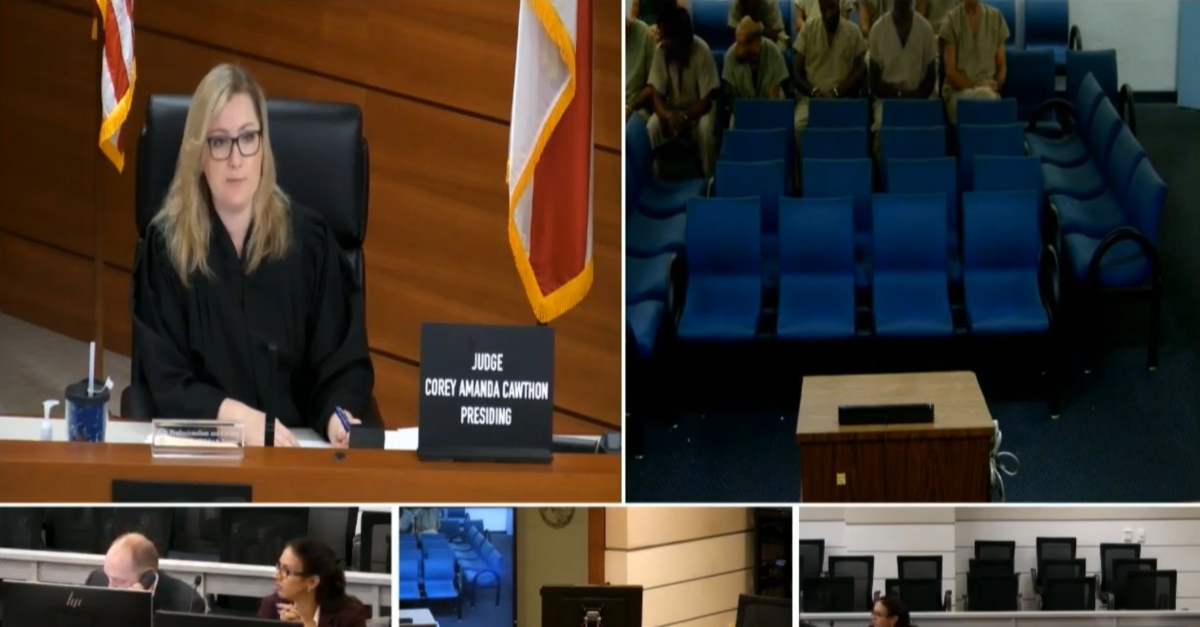 Sgt. Donald Prichard, a public information officer, confirmed the news in a Local 10 report. He said that a total of 207 BSO employees were either self-monitoring or self-isolating because of potential exposure. But the spokesman told Law&Crime that there were no reported cases regarding Department of Detention staff.

Positive tests for this disease are hardly unusual at present, but it’s worth mentioning because of something we noticed a few days ago: defendants were packed in together during a bond court hearing as recently as Tuesday. It’s clear from a glance that the court wasn’t practicing social distancing guidelines. Inmates rarely appeared at least six inches from each other, let alone six feet.

“Of course the court is concerned about the spread of the virus – that is why almost all court personnel have been sent home. The first time I was advised of this issue was today,” he told Law&Crime at the time in a statement. “The Broward Sheriff’s Office controls in-custody movement in the jail, and I have asked them to immediately implement CDC protocols.”

Prichard told Law&Crime over the phone that there have been no reported cases of Department of Detention staff having COVID-19. To date, two inmates were tested, he said. One test came back negative, and the other is pending, he said.

One of the people who tested positive was identified as a communications employee at the North Regional Communications Center. According to the sheriff’s office, that case isn’t “attributed to a call for service or work related incident.”

This is the BSO’s written description of prevention efforts among jail staff:

The Broward Sheriff’s Office Department of Detention has temporarily cancelled visitors and volunteers from entering the facilities. Professional and personal visits are being conducted through off-site video visitation. We’ve shared information from CDC to our staff and inmate population to ensure best hygiene practices as well as encourage social distancing. Staff and the inmate population are screened prior to entering BSO jail facilities to assist in preventing the spread of the virus. We conduct teleconferencing to minimize large group meetings and use training forums i.e. PowerDMS to communicate roll call training information, policy reviews and updates as it relates to COVID-19.

The consensus is that a COVID-19 outbreak would be difficult, at best, to contain at jails and prisons because everyone is in such close contact.

Nearby Miami-Dade County has been facing a worrying development: three corrections officers from different facilities recently tested positive for the virus.

In any case, the Broward bond court seems to be practicing social distancing more aggressively for now, at least on video. Here’s a representative scene: 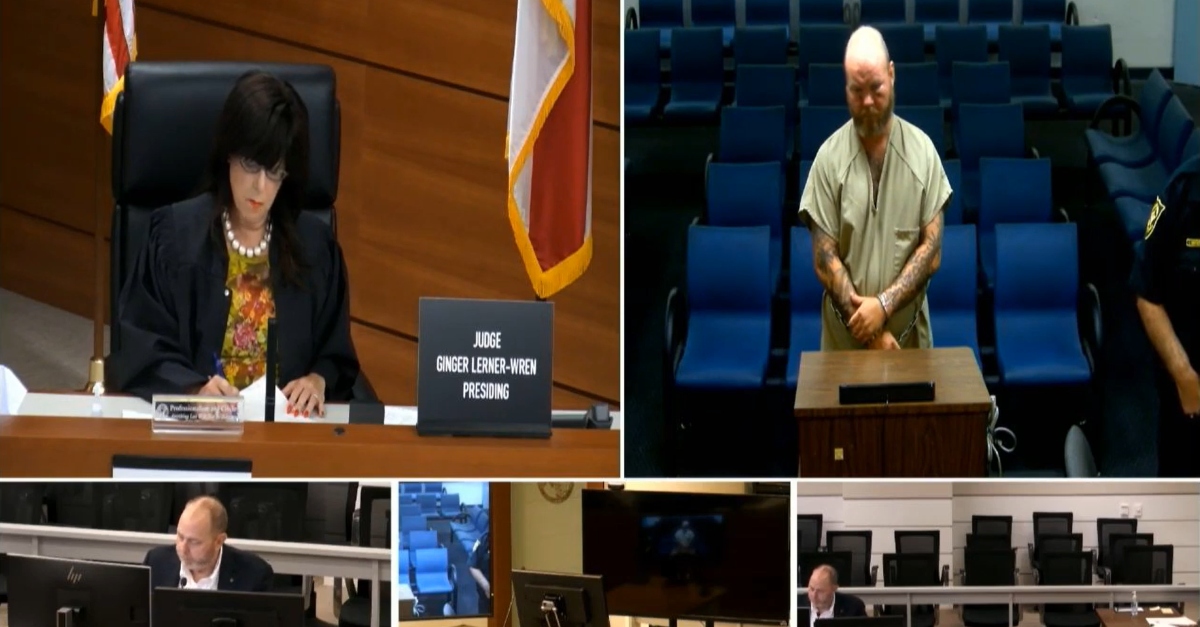