‘I Saw My Life Flash Before My Eyes’: Former Cocaine Dealing Millionaire Talks About the Time a Gunshot During a Robbery ‘Shattered’ His Femur 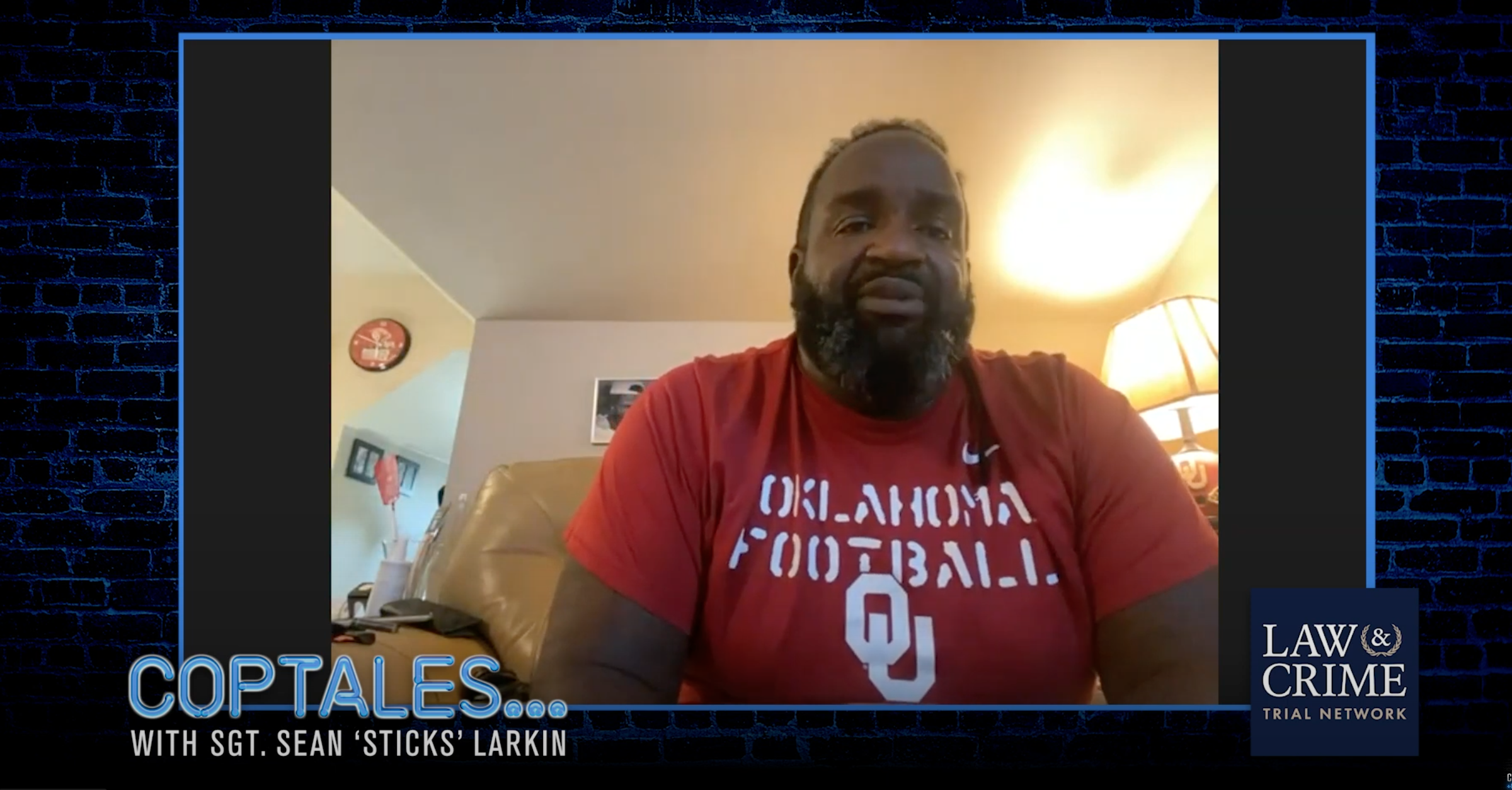 On the latest episode of Law&Crime’s podcast “Coptales,” Sgt. Sean “Sticks” Larkin formerly of the Tulsa Police Department’s Crime Gun Unit and ICU Nurse Howard Doss sit down with Jerome Boyce, a former drug dealer and gang member. Boyce explained how he was making over a million dollars a year selling cocaine.

“When you think about the money that you were spending, and you saw the amount of money… I would say over a million bucks, back then we were eating,” Boyce said.

“We got some information on Jerome, that he was hustling and and we had heard  he was up the food chain,” Larkin explained. “We ended up working the case and developed information on where he was at and where his house was at.”

Boyce then detailed what it was like getting arrested. “These f*ckers had every f*cking street on the motherf*cking corner blocked, and it was like the helicopter and it was a police officer on every corner,” Boyce said.  “I couldn’t turn out into the neighborhoods to try and get away.”

Boyce went on to be sentenced to five years in prison.

“It was a lifestyle,” Boyce said. “When I got in, of course you’re upset about being incarcerated. But when I was in, there’s a bunch of people who I knew from the streets who have been going a long time, and they were still in there, and they still had more time left on their sentences than I had. So I mean, I took it on the chin and just roll with it.”

After being released from prison in May 2005, Boyce’s lucrative drug dealer reputation still followed him. “Some guys thought I was a person that I used to be and came looking for money,” Boyce explained. “These guys were on a robbery spree and I was one of the victims. They came looking like, ‘Where’s it at?’ I’m like, ‘I don’t got nothing for you, man.’ And the guy was like, ‘man if you don’t tell I’m gonna shoot your daughter.'” Despite the threat, Boyce was the one who ended up getting shot.

“I grabbed his gun and took his gun from him,” Boyce recalled. “Another guy comes in and shoots me, and then shoots me again. The first time he hit me in the back of my leg and it shattered my femur. My kids are there, they called the police. It was one of the craziest days in my history. I mean, I saw my life flash before my eyes, and you know, I’ve been home what, six months?”

Boyce is now no longer incarcerated, is recovering from his injuries, and working as a manager.

“I’m African American, and I’m a convicted felon,” Boyce said. “I’ve been blessed with this opportunity to work for a multibillion dollar Aerospace company. My story is to show people that despite how many times you get knocked down, you got to get your a** back up and go get it.”