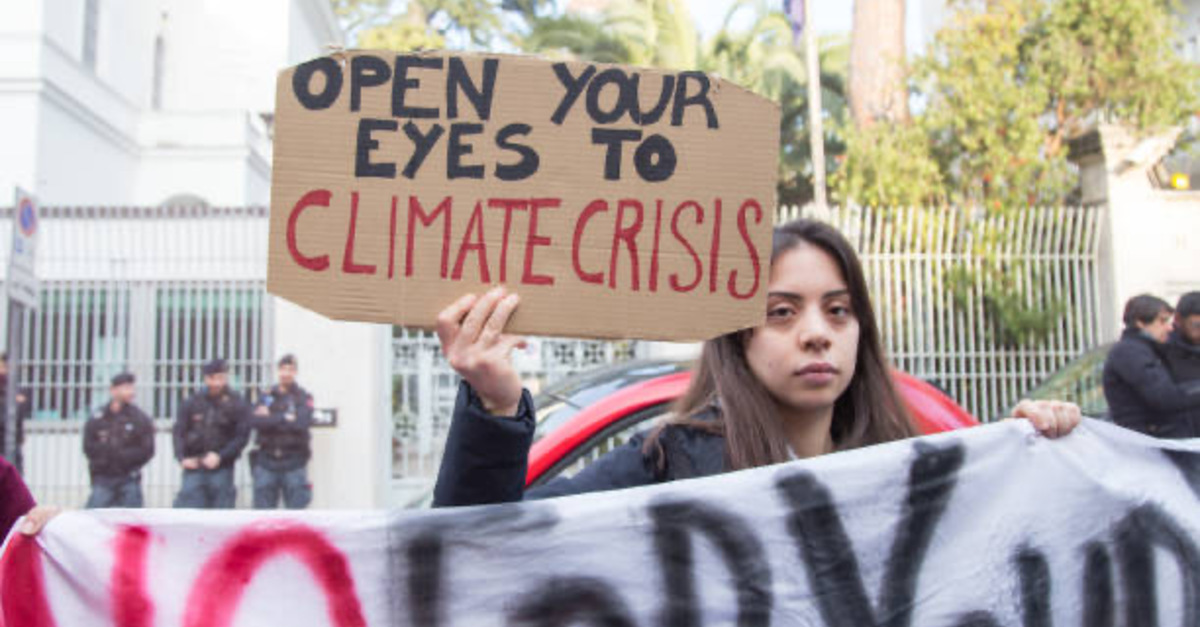 One federal judge’s lonely dissent in a case about climate change provoked an avalanche of reactions—both effusively favorable and decidedly negative. Stylized as Juliana v. United States, the lawsuit was originally filed in 2015 and is considered one of the most important pieces of climate-themed litigation currently making its way through the courts.

“In these proceedings, the government accepts as fact that the United States has reached a tipping point crying out for a concerted response—yet presses ahead toward calamity,” U.S. District Judge Josephine Staton begins—in her dissent longer than the decision itself. “It is as if an asteroid were barreling toward Earth and the government decided to shut down our only defenses. Seeking to quash this suit, the government bluntly insists that it has the absolute and unreviewable power to destroy the Nation.“

Staton—an Obama appointee—also argued vividly against Circuit Judges Mary Murguia and Andrew Hurwitz—themselves both Obama appointees—and scathingly called out her staid colleagues for hiding behind procedure in order to dismiss a youth-led crusade against climate change and inaction by the federal government.

“My colleagues throw up their hands, concluding that this case presents nothing fit for the Judiciary,” Staton writes. “On a fundamental point, we agree: No case can singlehandedly prevent the catastrophic effects of climate change predicted by the government and scientists. But a federal court need not manage all of the delicate foreign relations and regulatory minutiae implicated by climate change to offer real relief, and the mere fact that this suit cannot alone halt climate change does not mean that it presents no claim suitable for judicial resolution.”

And, with a reminder of other historic judicial interventions, Staton sounds a clarion call against the modern trend of judicial timidity:

Plaintiffs bring suit to enforce the most basic structural principle embedded in our system of ordered liberty: that the Constitution does not condone the Nation’s willful destruction. So viewed, plaintiffs’ claims adhere to a judicially administrable standard. And considering plaintiffs seek no less than to forestall the Nation’s demise, even a partial and temporary reprieve would constitute meaningful redress. Such relief, much like the desegregation orders and statewide prison injunctions the Supreme Court has sanctioned, would vindicate plaintiffs’ constitutional rights without exceeding the Judiciary’s province. For these reasons, I respectfully dissent.

Over several dozen pages, Staton’s dissent seeks to disabuse her colleagues of the notion that judges have no role to play in taking on climate change—arguing her point by way of the U.S. Constitution’s perpetuity principle and likening the fight against climate change to Abraham Lincoln’s war against slave-owning secessionists. Both struggles, Staton argues, deal with existential threats and invoke the constitutional guarantee of: “‘the Blessings of Liberty’ not just for one generation, but for all future generations—our ‘Posterity.’”

Staton continues to criticize the other judges:

[W]hile we all would now readily agree that the 91 years between the Emancipation Proclamation and the decision in Brown v. Board was too long, determining when a court must step in to protect fundamental rights is not an exact science. In this case, my colleagues say that time is “never”; I say it is now.

The majority dismissed the case using the conservative standing doctrine—a judicial theory created by activist judges in the 1920s who sought to dampen the use and limits of constitutional redress. Staton would have dispensed with the majority’s standing argument and given the children plaintiffs a chance to vindicate their claims.

“Where is the hope in today’s decision?” she asks out loud. “Plaintiffs’ claims are based on science, specifically, an impending point of no return. If plaintiffs’ fears, backed by the government’s own studies, prove true, history will not judge us kindly. When the seas envelop our coastal cities, fires and droughts haunt our interiors, and storms ravage everything between, those remaining will ask: Why did so many do so little?”

Staton’s inspired language against black-robed temerity drew a fusillade of criticism and praise.

University of Iowa Law Professor Andy Grewal said of Staton’s dissent, “Some judges should realize they wear robes, not capes.”

Adler, obviously a bit upset at Staton’s full-throated attempt to craft new judicial theory in order to dislodge old judicial theory, later misrepresented the judge’s reference to Lincoln and tweeted: “Under the Juliana dissent’s theory, when the South sought to secede, President Lincoln should have gone to federal court. (Yes, the opinion is that bad.)”

Others didn’t think so.

“Whatever you think of the correctness of the Ninth Circuit’s decision as a matter of standing jurisprudence, the dissent by Judge Josephine Staton is worth reading,” noted respected Civil Rights lawyer Sasha Samberg-Champion.

Staton’s dissent conjures the spirit of the all-but-extinct liberal judicial activists that the new wave conservative judicial activists now filling circuit courts around the country pretend not to realize lost their influence (at least) a quarter century ago.