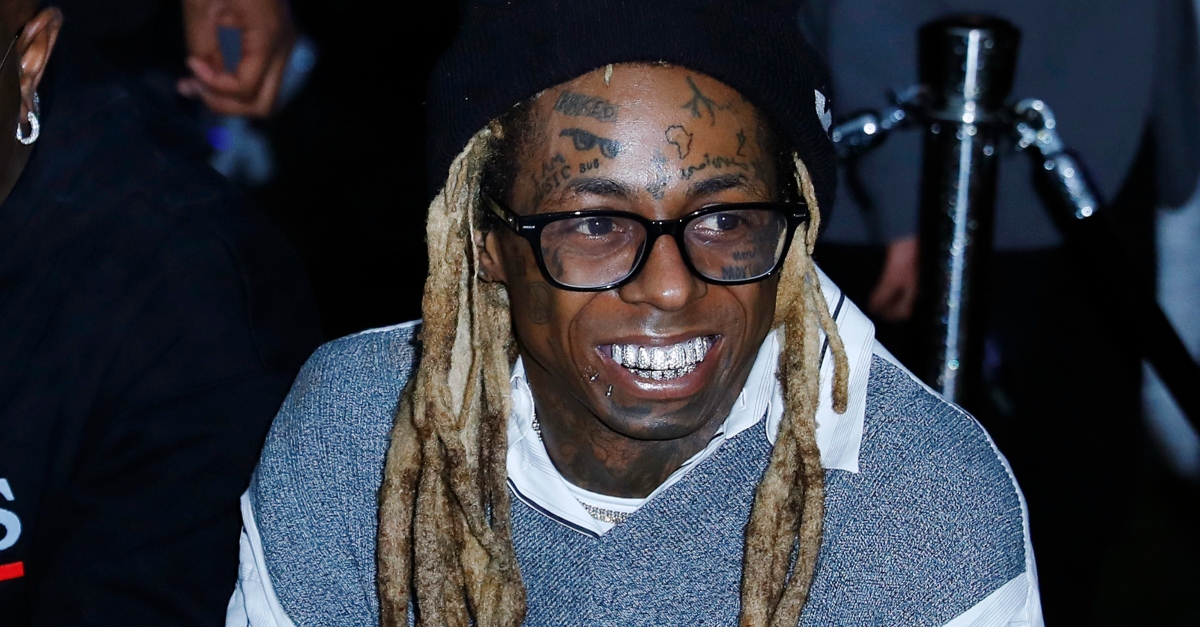 That was quick. Dwayne Michael Carter Jr., better known as the rapper Lil Wayne, pleaded guilty on Friday to possessing a firearm as a felon, according to the Department of Justice. The criminal charge against him was entered back in November.

Prosecutors said officers received an anonymous tip, leading them to the Opa-Locka Executive Airport in Florida. There, investigators claimed to find Carter, who arrived on a private plane from California. They spoke to him. According to officials, he said he had a gun in his bag. Investigators found this to be a gold-plated Remington 1911 .45 caliber handgun. It had six rounds in it. Prosecutors also claimed there was cocaine, ecstasy, and oxycodone. No drug crime was charged.

The defendant pleaded guilty in 2009 to a felony gun charge in New York City for attempted criminal possession of a weapon in the second degree, and spent eight months in jail. That case was over a .40 caliber semiautomatic pistol found on his tour bus.

Sentencing is scheduled for January 28. Prosecutors said Carter faces up to 10 years in federal prison.

“Carter is charged with possessing a gold-plated handgun in his luggage on a private plane,” lawyer Howard Srebnick said last month in a statement obtained by NPR. “There is no allegation that he ever fired it, brandished it, used it or threatened to use it. There is no allegation that he is a dangerous person. The charge is that because he was convicted of a felony in the past, he is prohibited from possessing a firearm.”