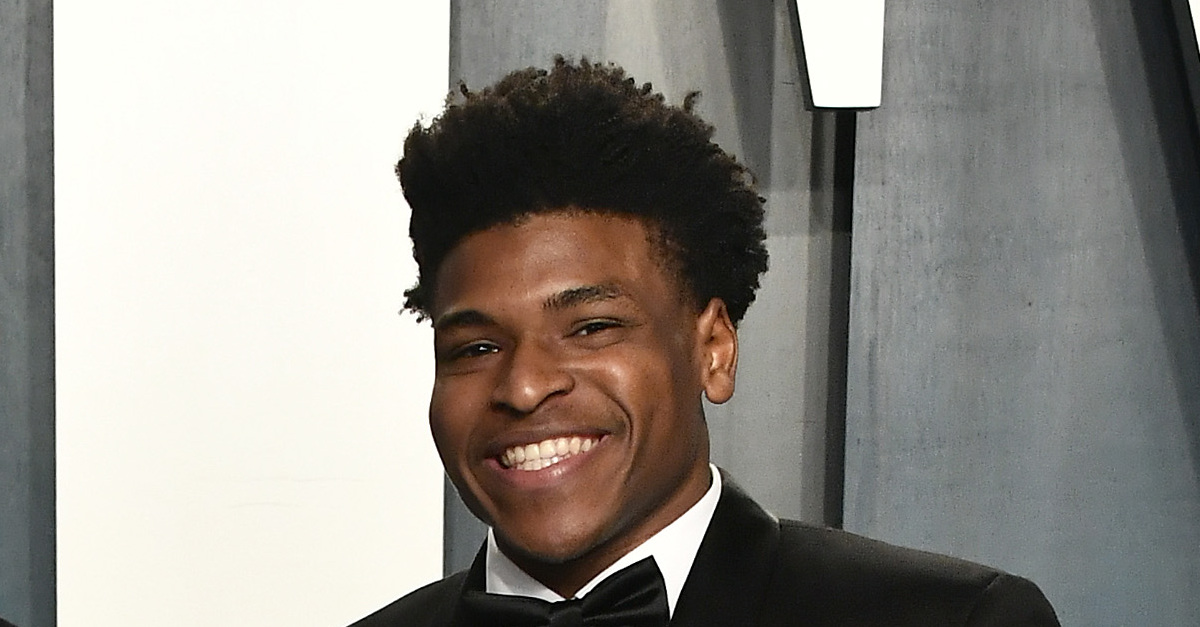 Netflix star Jerry Harris is reportedly under investigation by the Federal Bureau of Information (FBI) for allegedly soliciting minors for sex and nude photographs.

According to USA Today, FBI spokesperson Siobhan Johnson confirmed the inquiry on Monday but would only say that the agency is “conducting court-authorized law enforcement activity in the area.”

The actor’s home was raided by the FBI but no charges have been filed as of yet, according to that report.

The 21-year-old Harris is nationally known as the breakout star of Netflix’s Cheer, a documentary series that focuses on small town Texas cheerleaders’ efforts to win a national championship.

According to the outlet, an employee who works for Varsity, a uniform retailer and self-described “global authority for competitive cheerleading and dance,” which also facilitates competitions, alerted law enforcement in both Texas and Florida that Harris was plagued by allegations of “inappropriate sexual conduct.”

“As a result of the recent allegation, we have barred this person from having any affiliation with Varsity Brands or any of its subsidiaries or affiliates, now and in the future,” Varsity’s Chief Legal Officer Burton Brillhart said in a statement.

Per USA Today, one such screenshot from Snapchat appears to show “a picture of the upper part of what appears to be Harris’ face” along with a message that reads: “Would you ever want to ****.”

The second screenshot is said to show “a series of text messages” during which a user who is identified as “jerry harris” communicates with someone who has yet to be publicly identified and writes: “Hey btw I found a place for us to do stuff it’s actually pretty good haha.”

USA Today’s coverage also includes a photograph of an FBI agent executing a search warrant at the door of what is purported to be Harris’s home in Naperville, Illinois.

Harris has yet to publicly address the allegations or the FBI raid.

Law&Crime reached out to Netflix for comment on this article but no response was forthcoming at the time of publication.

The allegations couldn’t come at a worse time for the streaming giant. Netflix has recently been excoriated by online commentators and a bipartisan collection of elected officials in the United States over the Cuties controversy–a feminist-oriented French comedy film which Netflix says criticizes the sexualization of children on social media.

“‘Cuties’ is a social commentary against the sexualization of young children,” a Netflix spokesperson said of the show. “It’s an award-winning film and a powerful story about the pressure young girls face on social media and from society more generally growing up — and we’d encourage anyone who cares about these important issues to watch the movie.”

Critics answered, however, that that’s beyond the point because the film itself did exactly what it purported to critique.

“[I]t is likely that the filming of this movie created even more explicit and abusive scenes, and that pedophiles across the world in the future will manipulate and imitate this film in abusive ways,” Sen. Ted Cruz (R-Texas) wrote in a recent open letter calling for the U.S. Department of Justice to look into whether Netflix violated any child pornography laws.

While U.S. laws prohibiting the production and distribution of child pornography would almost certainly not encapsulate the material contained in the controversial film, the optics of a high-profile Netflix talent being accused of improper sexual relations with minors is likely to stoke further outrage among those who lately see the production studio and distributor in the worst light possible.