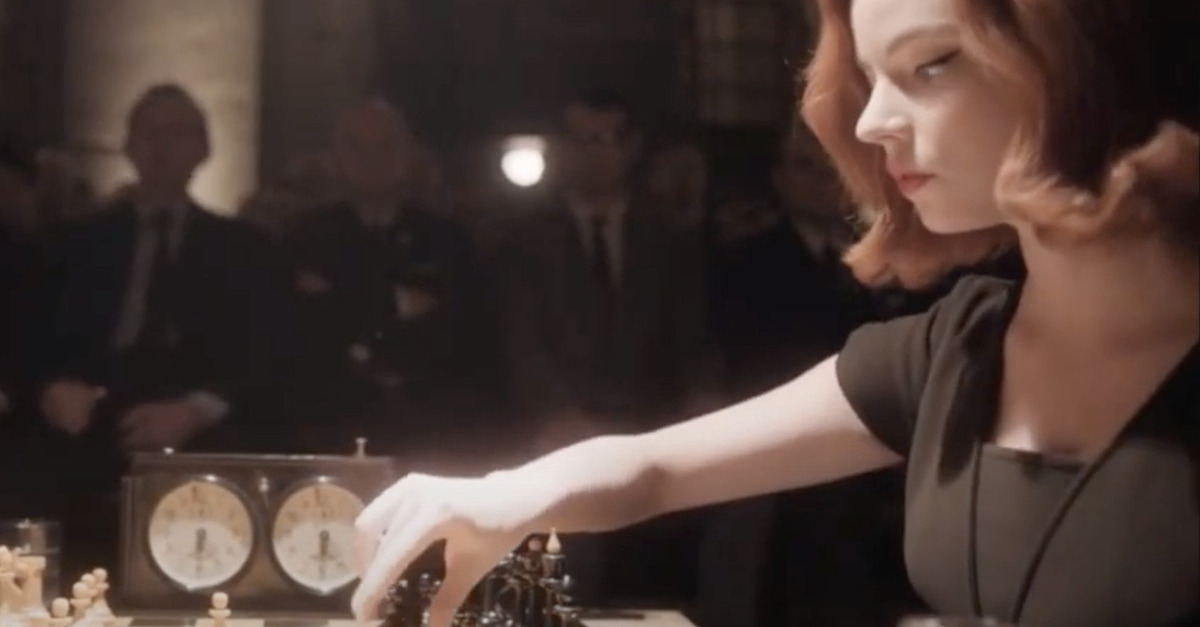 Netflix hit show The Queen’s Gambit may have gone too far in dramatizing its heroine’s world chess victories — and now, the streaming service is facing a $5 million federal lawsuit by the actual first female world champion.

In plaintiff Nona Gaprindashvili’s own words, she “is a pioneer of women’s chess and a much-loved icon in her native country of Georgia,” who “won many championships, beat some of the best male chess players in the world, and was the first woman in history to achieve the status of international chess grandmaster among men.” In Netflix’s hit chess series, though, Gaprindashvili’s history was recounted with some notably inaccurate changes.

The Queen’s Gambit (based on the 1983 novel of the same name by Walter Tevis) centers on Beth Harmon, a fictional female American chess champion. Gaprindashvili claims in her complaint that the show’s central character is really an “Americanized and fictionalized version” of herself, a player “who was the first to break gender barriers in international chess in the 1960’s by competing with and defeating top male players.” It wasn’t the fictional Harmon that Gaprindashvili found legally problematic, though. Rather, the champion took issue with the show’s reference to her by name.

In the show’s finale, Harmon beats fictional Russian Grandmaster Viktor Laev at the Moscow Invitational. Several times during the episode, viewers see and hear commentators discuss the various participants. One commentator opines that “Elizabeth Harmon’s not at all an important player by [Russian] standards,” because her gender is “the only unusual thing about her.” Elaborating on Harmon’s gender, the commentator says, “And even that’s not unique in Russia. There’s Nona Gaprindashvili, but she’s the female world champion and has never faced men.” The camera then pans to an actor, presumed to be Gaprindashvili, seated in the audience watching the game.

Therein lies the alleged defamation. Although the show is fictional in nature, its direct reference to Gaprindashvili, which provided background that she has “never faced men,” was false. The corresponding passage in Tevis’ book has the commentator saying something markedly different — mentioning Gaprindashvili and saying she was “not up to the level of this tournament, but a player who had met all these Russian Grandmasters many times before.” In other words, the change was Netflix’s.

According to the complaint:

The allegation that Gaprindashvili “has never faced men” is manifestly false, as well as being grossly sexist and belittling. By 1968, the year in which this episode is set, she had competed against at least 59 male chess players (28 of them simultaneously in one game), including at least ten Grandmasters of that time, including Dragolyub Velimirovich, Svetozar Gligoric, Paul Keres, Bojan Kurajica, Boris Spassky, Viswanathan Anand and Mikhail Tal. The last three were also world champions during their careers.

The central allegation reads as follows:

Netflix brazenly and deliberately lied about Gaprindashvili’s achievements for the cheap and cynical purpose of “heightening the drama” by making it appear that its fictional hero had managed to do what no other woman, including Gaprindashvili, had done. Thus, in a story that was supposed to inspire women by showing a young woman competing with men at the highest levels of world chess, Netflix humiliated the one real woman trail blazer who had actually faced and defeated men on the world stage in the same era.

As a coda, the complaint added:

Piling on additional insult to injury, Netflix described Gaprindashvili as Russian, despite knowing that she was Georgian, and that Georgians had suffered under Russian domination when part of the Soviet Union, and had been bullied and invaded by Russia thereafter.

Gaprindashvili pointed out that Netflix could have simply used a fictional name in the series instead of referring to her. After the show’s airing, she says Netflix refused to issue a retraction or other statement, calling the false statement about Gaprindashvili ” innocuous.” Gaprindashvili comments about that refusal in her complaint: “This arrogant refusal to take responsibility for its actions was shockingly tone-deaf, given the sexism and offensiveness of its lie.”

Netflix moved to dismiss the lawsuit, arguing that The Queen’s Gambit is a work of fiction, thus removing it from the sphere of potential defamation. Netflix also argued that even if the lines about Gaprindashvili were factual in nature, any inaccuracies contained therein were too minor to amount to actionable defamation.

U.S. District Judge Virginia A. Phillips (a Bill Clinton appointee) was not convinced. On the issue of whether a fictional work can still give rise to defamation, Phillips wrote, “Netflix does not cite, and the Court is not aware, of any cases precluding defamation claims for the portrayal of real persons in otherwise fictional works.” The series did, noted Phillips, contain accurate references to other historical events and figures.

So long as the elements of defamation are present, the judge wrote, Netflix is not insulated from liability simply because The Queen’s Gambit is a work of fiction. Rather, Phillips elaborated, “the test is whether a reasonable viewer would understand the character to be the person identified and to have the characteristics as described.”

This particular argument addresses the unusual nature of Gaprindashvili’s claim. In a defamation lawsuit, the plaintiff must allege not only that the defendant made a statement of fact that was false — but also that the statement was damaging to the plaintiff’s reputation. Is it damagingly defamatory to say that a woman chess champion had only played against other women? Is it somehow inherently negative to mischaracterize the gender of a champion’s opponents? Judge Phillips thought so.

Phillips also noted that Netflix’s use of the line, which differs from that in the books, demonstrates actual malice on the part of the streaming service. Because Gaprindashvili is a public figure, this heightened requirement is essential in any successful defamation claim. 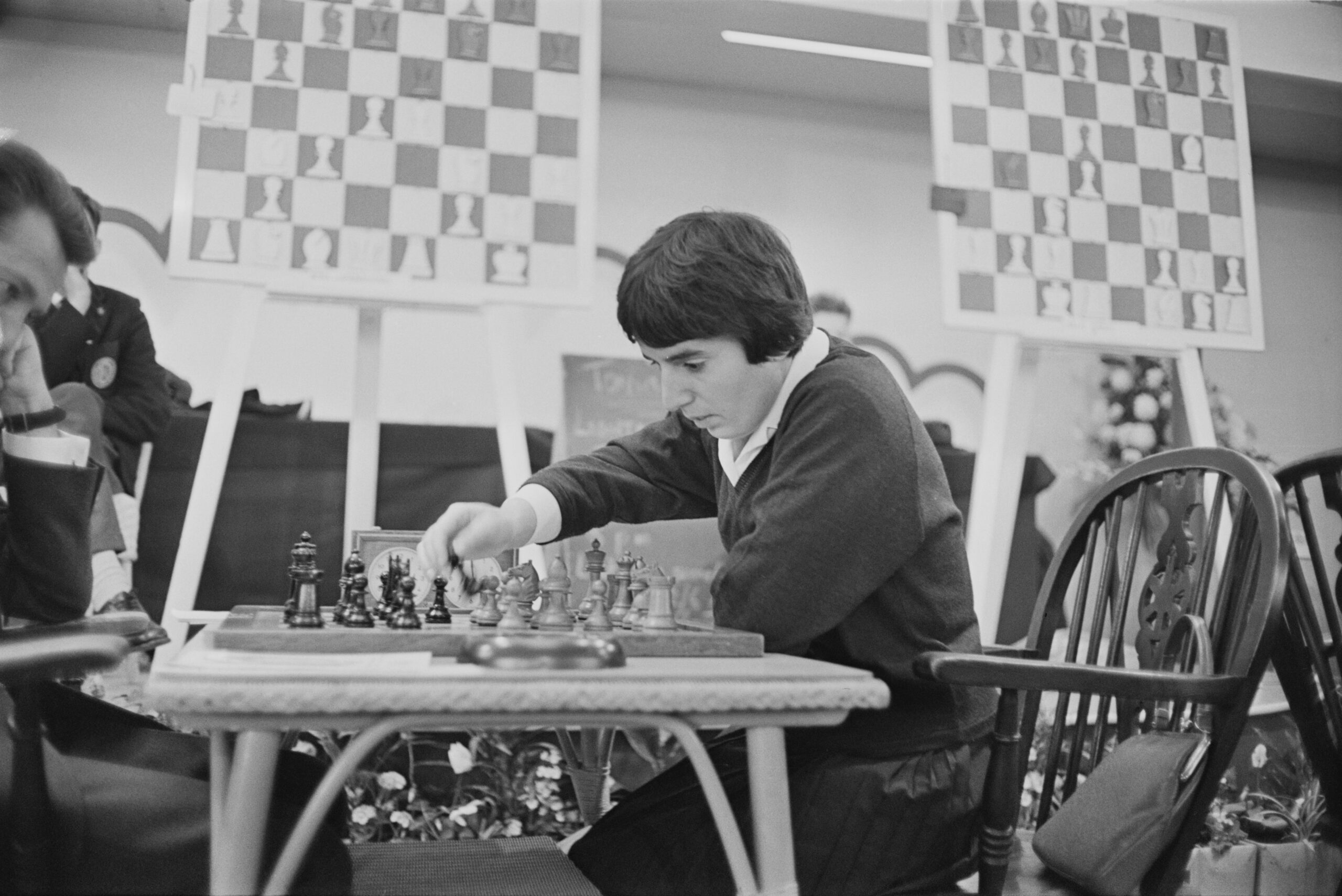 The role of gender in chess has long been a focus of Gaprindashvili’s, who wrote a 1976 book in which she explained the difficulty in overcoming gender discrimination in the chess world. Gaprindashvili is 80 years old, and still competes in international chess championships.

In an email to Law&Crime Monday, Rod Smolla, attorney for Nona Gaprindashvili said the following in a statement:

It has been my privilege and honor to represent Nona Gaprindashvili.  We are deeply gratified by the Court’s ruling. Nona is beloved in her native Georgia and throughout the chess world as a pioneer who broke through gender barriers and fought sexism and proved she could win against the greatest male international chess masters of her time. We are pleased that the court rejected the attempt by Netflix to dismiss the case, and look forward to continuing our efforts to vindicate Nona’s reputation and human dignity.

Alexander Rufus-Isaacs, another attorney for Gaprindashvili, also offered a statement via email, calling his client “a trailblazer of women’s equality in the male-dominated arena of international chess in the 1960’s.” Rufus-Isaacs said the program producers “grossly defamed” Gaprindashvili with the show’s statement. Rufus-Isaacs continued:

The program makers’ motive was clear: to increase the dramatic effect by making their heroine’s fictional achievements appear even more spectacular than Nona’s real-life achievements. It was a cheap shot and completely unnecessary because they could easily have used a fictional name instead of Nona’s.

Rufus-Isaacs called Judge Philips’ ruling “a big win” and said that while Netflix may appeal the ruling, “the stage is now set for a spectacular trial and a multi-million dollar judgment.”

Attorneys for Netflix did not immediately respond to Law&Crime’s request for comment.

Editor’s Note: This piece was updated from its original version to include additional comment from counsel.